This most recent caravan is the biggest one that has left the city so far in an attempt to reach the United States. 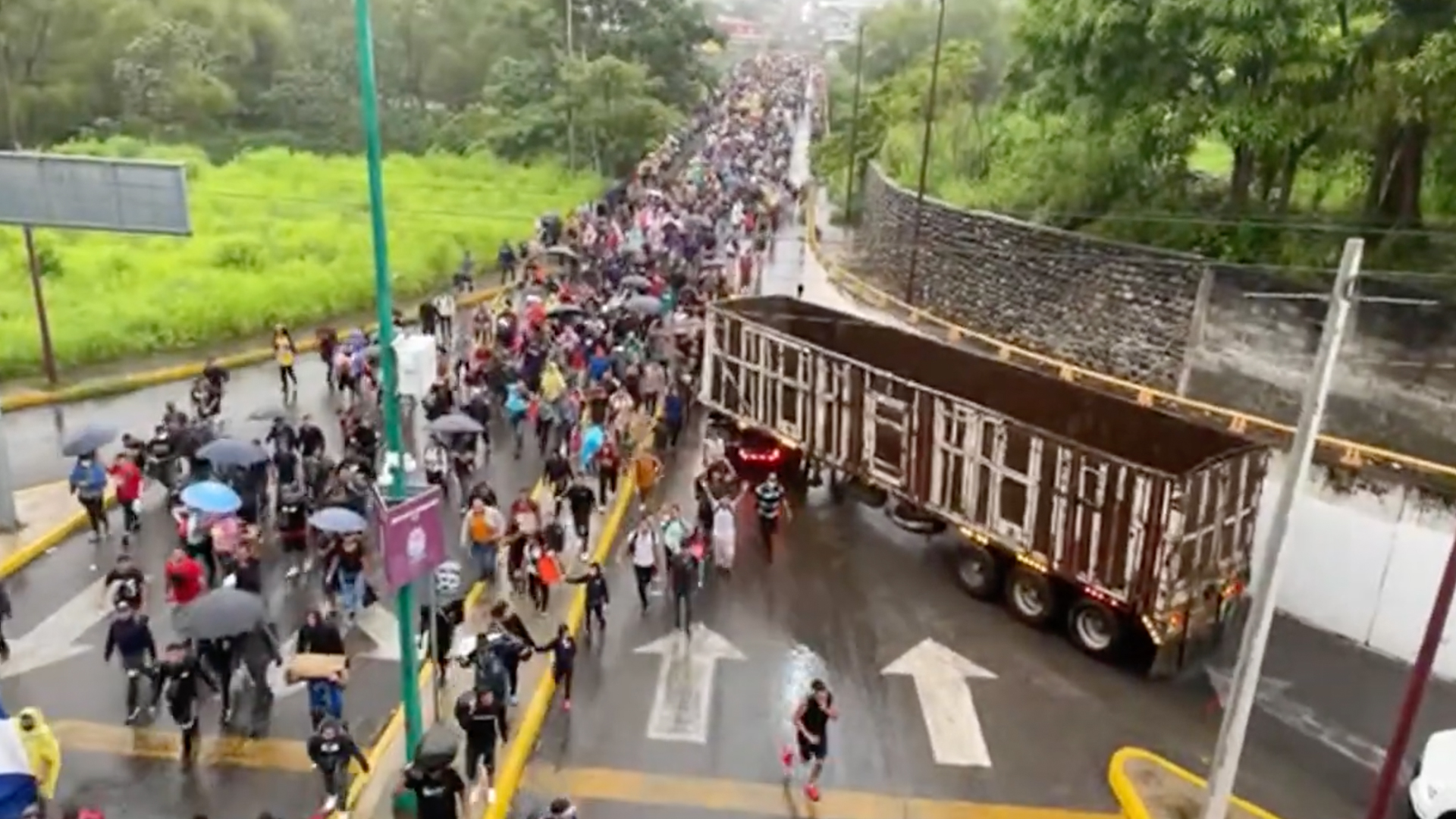 UPDATE: A previous version of this story identified Irineo Mujica as the caravan leader.

A migrant caravan of up to 12,000 people has left Tapachula, Mexico on June 6 to make their way to the United States southern border. According to Oscar El Blue, reporter from Border Network News, the caravan leader Luís Villagrán claims that 3,000 children are included in this caravan.

Tapachula is a city in southern Mexico where migrants stay as they prepare to make their journey up north through Mexico to arrive to the United States. The most recent caravan is the biggest one that has left the city so far in an attempt to reach the United States.

The journey in Mexico is extremely dangerous for migrants due to encounters with Mexican drug cartels. Smugglers from the organized crime groups put them in dangerous situations by keeping them hostage in stash houses full of other people while suffering poor health, hunger, or dehydration. Many other dangers from organized crime involve physical and sexual assault as well as murder.

United States Customs and Border Protections have been seeing a massive increase of illegal migrant encounters since the Biden administration took office in January of 2021. Data from the 2022 fiscal year, which spans from October 1, 2021 to September 30, 2022 shows 1,478,977 total enforcement actions, with the 1,956,519 total enforcement actions from the 2021 fiscal year being a record-high.