Lewis said Canada needs to create its own plans for future pandemics, not rely on globalist bureaucrats like the World Health Organization. 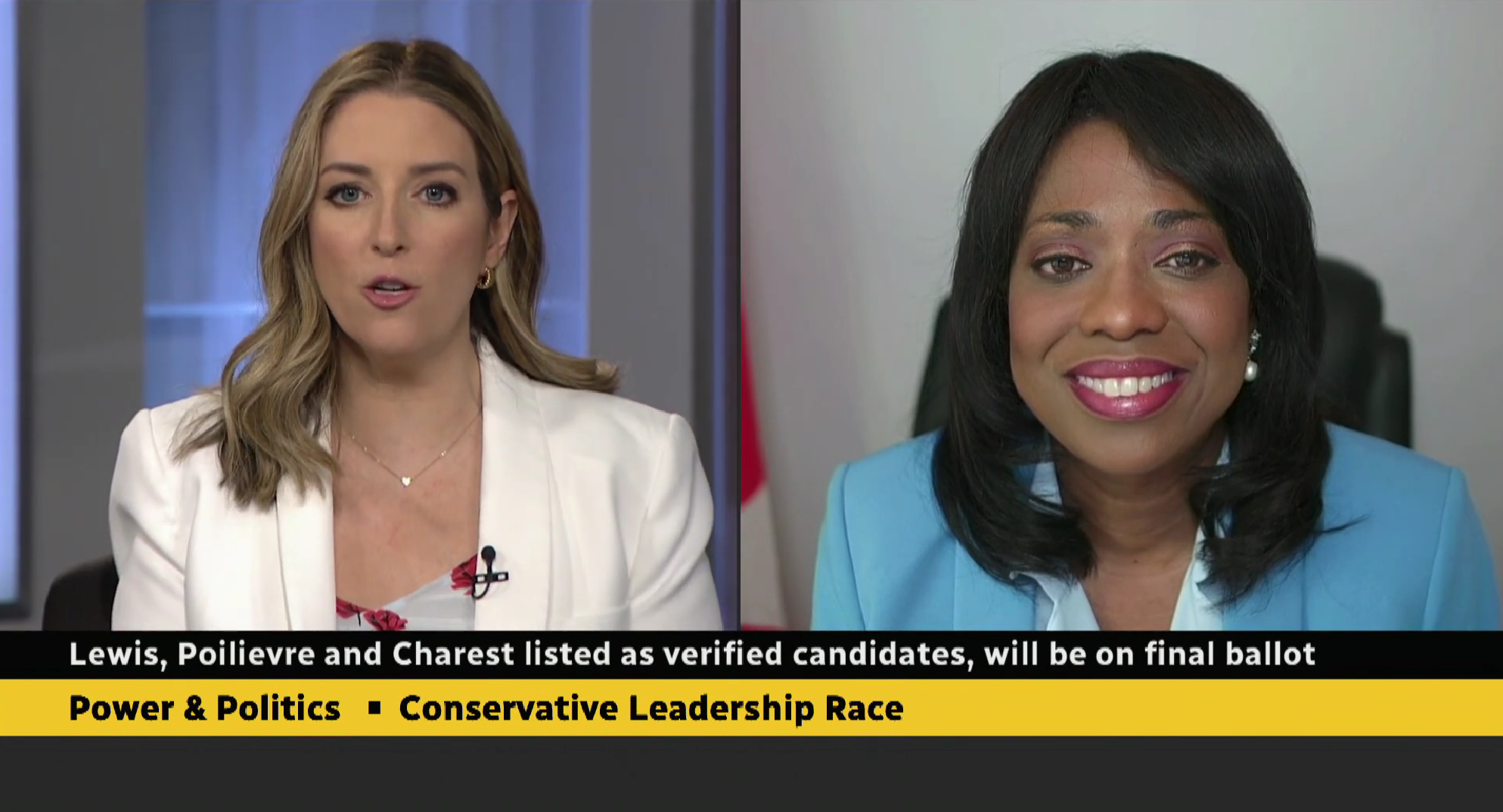 Conservative leadership candidate Dr. Leslyn Lewis firmly stood her ground when she was challenged by a CBC broadcaster about her statements surrounding the potential risk the World Health Organization’s proposed pandemic treaty poses to Canada’s sovereignty.

On April 16, Lewis released a statement about the proposed treaty — which has yet to be drafted — that if passed, could allow the WHO to broadly define and classify what a pandemic is, and then control how it is managed globally.

Dr. @LeslynLewis stands up for Canadian sovereignty against a state broadcaster(CBC) host who claims by signing the legally binding WHO Pandemic Treaty we're not surrendering our rights to healthcare:

"just a potential theory, it's not born out of any fact" pic.twitter.com/a3lFdjgc4T

“How can you make that assertion when it hasn’t even been drafted yet?” asked CBC broadcaster Vassy Kapelos during the Power & Politics interview with Lewis.

The Haldimand-Norfolk MP promptly explained she is “sounding the alarm” for Canadians by letting them know there is a treaty on the horizon that could “potentially affect our health care sovereignty.”

Lewis added that Canada needs to have its own plan for future pandemics, one that would include a plan for how the country would respond to a new pandemic, and even what kinds of medications would be approved, with Lewis saying that Canada “can not relinquish that responsibility to global organizations like the WHO.”

Consistent with the legacy media's narrative that Canadians who are concerned with how global governance can threaten democracy are engaging in conspiracy theories, Kapelos then questioned Lewis on what she called a potential theory that “is not born out of any fact.”

“That’s absolutely incorrect Vassy,” Lewis replied to the accusation. Lewis reminded the broadcaster that over 190 countries are working on the framework and wording of the treaty, and that two meetings have already occurred in March.

“That is not a theory, that is actually fact,” Lewis stated.

“The WHO is proposing a global pandemic treaty,” which the MP says limits the ability for a sovereign nation to decide things like “when the borders will closed, what type of personal protective equipment will be used.”

When further questioned about how Lewis could know this prior to the treaty being drafted, the MP deferred to her expertise as an international lawyer, explaining the process on how treaty’s are drafted based on what is now “190 countries coming together to agree on the words for a treaty that responds to health care on a national basis.”

While the Conservative leadership contender has sent out an inquiry to see if the public agrees with her concerns, she is not alone in raising concern over global governance.

Rebel News' Tamara Ugolini recently interviewed Mark Trozzi, an emergency room doctor who sits on the steering committee for the World Council for Health, who outlined some of the WHO’s many shortcomings during life with COVID-19 and the red flags about the development of this treaty.

Trozzi describes the treaty as a “power grab” by the WHO and outlines what he says is a history of the WHO quietly creating “power through paperwork” and using operatives “extremely friendly to their agenda,” ultimately using the power they’ve amassed “to basically stand on all of our human rights.”

To keep up with our coverage on the Conservative Party's leadership race, and to donate to help us recoup the costs we incur to bring it to you, head to LeadershipReports.ca.