While the United States maintains diplomatic relations with Taiwan, the practice was put in place to avoid angering China, which does not recognize the sovereignty of Taiwan. 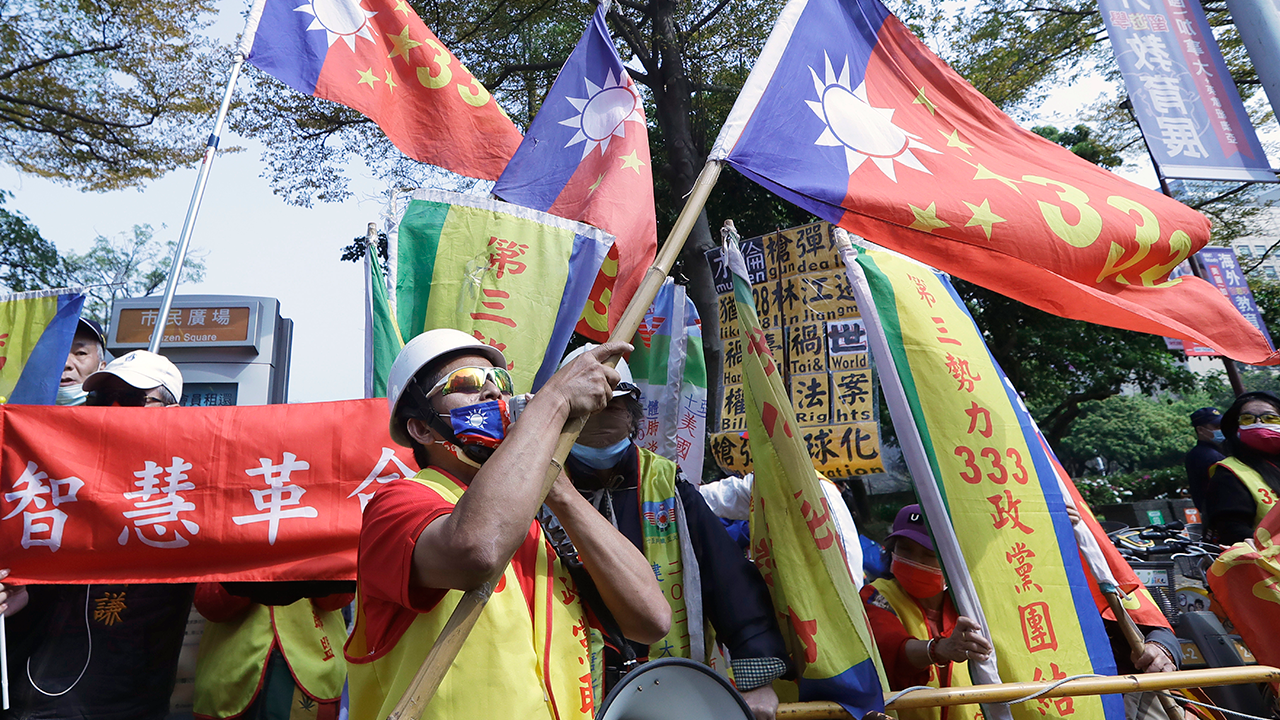 In a visit to Taiwan Wednesday, former U.S. secretary of state Mike Pompeo called on the U.S. to abandon its long-time practice of “strategic ambiguity” of Taiwan and recognize it as a “free and sovereign state.”

While the United States maintains diplomatic relations with Taiwan, the practice was put in place to avoid angering China, which does not recognize the sovereignty of Taiwan. China views Taiwan as a breakaway province that will eventually “reunite” with the mainland.

Although the U.S. and President Joe Biden have pledged to support Taiwan in the event of a conflict, the Chinese Communist Party in Beijing remains insistent that Taiwan is part of its territory. The Communists argue that it is within their rights to take over the self-governed island nation at any point, including through military action.

“It is my view that the United States government should immediately take necessary and long-overdue steps to do the right and obvious thing, that is to offer the Republic of China (Taiwan) America’s diplomatic recognition as a free and sovereign country,” Pompeo said.

Pompeo chose to refer to the island by its official name, the Republic of China, in recognition of its sovereign status,” Nikkei Asia reported.

While speaking at an event in Taipei, the former secretary of state said that his stance “isn’t about Taiwan’s future independence,” but rather “about recognition of an unmistakable, already existing reality.”

Pompeo added that the diplomatic recognition of the country “can no longer be ignored, avoided, or treated as secondary” to China’s demands.

Pompeo's visit comes amid Russia's war on Ukraine, and the imposition of economic sanctions by nations across the globe aimed at curbing President Vladimir Putin's military aggression. Many people in Taiwan, a key Asian tech economy that Beijing views as a part of its territory and has not ruled out using force to take, are concerned that the situation in Europe may raise the odds of conflict across the Taiwan Strait.

Pompeo warned that taking over Taiwan by China would change the global balance of power in the most fundamental way. "Losing Taiwan would directly imperil our vital national interest in the United States," he said.

His visit has angered Beijing. Asked about his trip, Chinese Foreign Ministry spokesperson Wang Wenbin said: "The relevant actions from Pompeo are despicable and inevitably a futile effort."

China previously warned Taiwan against making any declarations of independence, claiming that doing so would cross a “red line” that could spark an invasion of the country.

Taiwanese President Tsai Ing-wen has said that there is no need for the country to declare its independence from China, as it was already established as a sovereign nation in 1912, decades before China established itself as a country under Communist rule in 1949.

Following Pompeo’s speech, Tsai awarded the former U.S. official with an honorary medal to praise him for facilitating “multiple breakthroughs” in the relationship between Taiwan and the United States.