Networks call for Joe Rogan to be censored

Three major broadcast networks on Monday did their part in their push to expel the podcaster from the public square over alleged “misinformation” disseminated through his Spotify show, the Joe Rogan Experience. 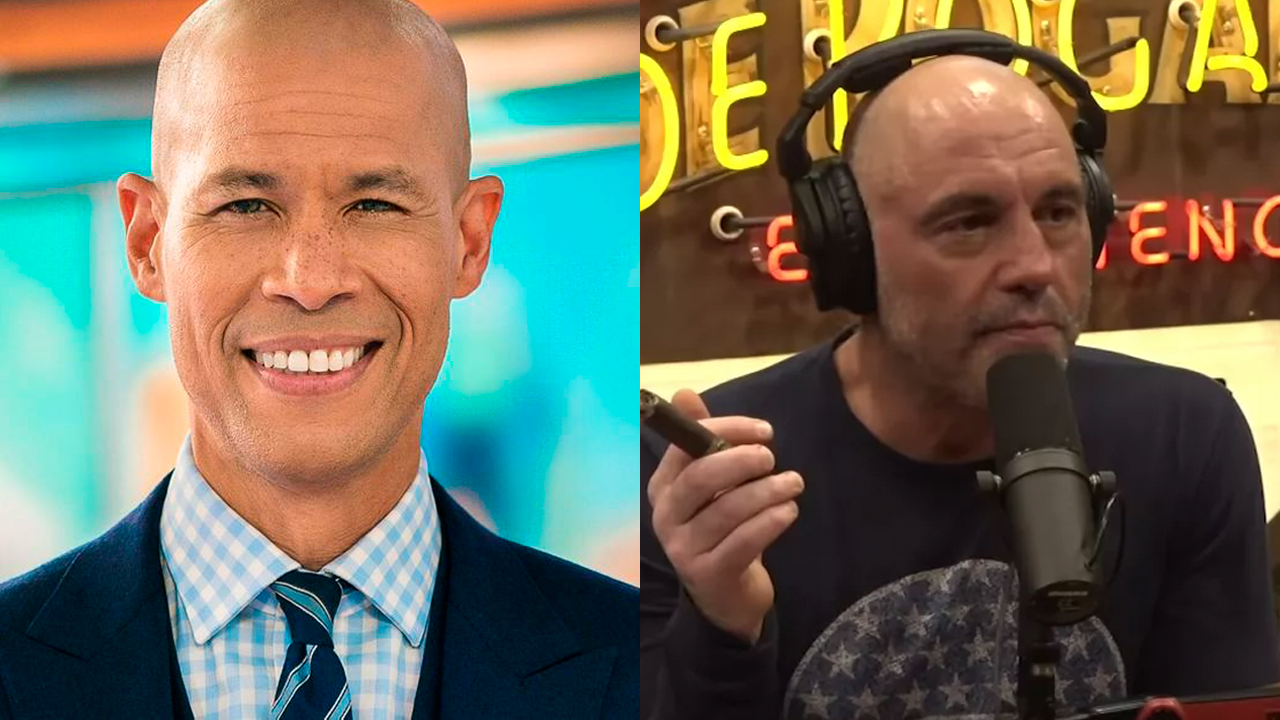 ABC, CBS and NBC, the three leading television networks in the United States, have joined forces against Joe Rogan in an attempt to deplatform the popular podcaster, whose shows are overwhelmingly more popular than any of the stale talking heads that grace their airwaves.

As reported by Newsbusters, the three major broadcast networks on Monday did their part in the push to expel the podcaster from the public square over alleged “misinformation” disseminated through his Spotify show, the Joe Rogan Experience.

The media watchdog details how hosts on the three networks described his show and views as “dangerous” and “misinformation” with one implicitly tying him to the deaths of Americans who perished from the coronavirus.

CBS Mornings was the most sinister, insisting they support “free speech” and First Amendment rights while also demanding Rogan be prevented from having a “massive” “platform as large as Spotify” because “a lot of people do listen to” him.

“What to Watch” host Vladimir Duthiers reported on “developments in the controversy over misinformation...on Joe Rogan’s popular podcast” with rocker Neil Young having his music removed from Spotify because he “and others say...Rogan’s show promote[s] false information about COVID-19 and the vaccines.”

It should be noted Young’s 2006 tour was entitled “Freedom of Speech” as a slight against George W. Bush. How the tables have turned for this hippie!

As detailed by Newsbusters, Duthiers described Rogan’s “apologetic but defensive tone” in a video “responding to accusations that he’s responsible for spreading false statements.”

The host argued that Rogan spread false claims about Ivermectin and that there are microchips in vaccines, adding that Rogan also spoke with “two doctors known for promoting vaccine falsehoods.”

In the segment, Duthiers interviewed Nils Lofgren, a member of Bruce Springsteen’s E Street Band, who joined Neil Young in removing his music from Spotify in protest of Rogan’s podcast.

The musician told the host that the protest was “not about any censorship,” insisting that “we’re all for free speech. We just don't want to be associated with misinformation and lies that are killing Americans.”

“COVID misinformation has been a battle for tech companies for the past two years as Facebook, Twitter, and TikTok have all faced criticism for handling users' posts,” replied Duthiers.

In addition to the interview with Lofgren, Duthiers and the co-hosts came together in unison to implicitly blame Rogan’s show to COVID-19 hospitalizations and deaths.

DUTHIERS: So let me just share with our viewers some of the actual numbers. The CDC says unvaccinated adults are 68 more times at risk of dying than fully vaccinated and boosted adults. Check these out — hospitalization rates for the unvaccinated, that number shoots up as high as 90 people for every 100,000. So those are the numbers. So, Rogan —

GAYLE KING: Those are the facts.

DUTHIERS: — those are the facts.

DOKOUPIL: Those are the facts.

NATE BURLESON: Those are the facts.

KING: Those are the facts.

Duthiers and the cost hosts spend the rest of the segment coming up with reasons to censor Joe Rogan over “misinformation,” and even went so far as to argue that their calls to deplatform the podcaster was “not censorship,” arguing instead that those calling for his removal are “ensuring quality.”

The co-hosts argued that it was necessary to remove Rogan’s presence from Spotify because “he has a huge reach” and that having conversations about controversial topics was dangerous because “it’s a life or death issue,” Newsbusters reported.