The new law defines the process as the 'contained, accelerated conversion of human remains to soil' in a 'structure, room, or other space' where decomposition can occur. 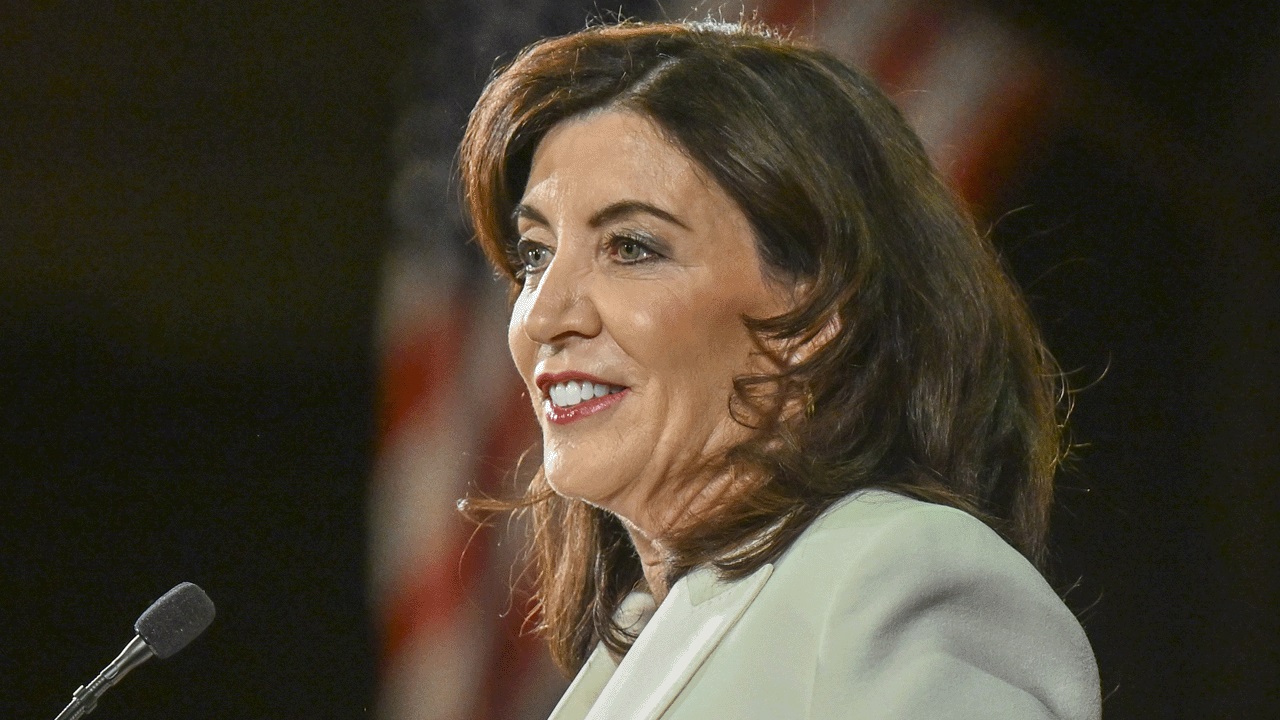 Human composting, the process of converting human remains into nutrient-dense soil, has been legalized in New York, becoming the sixth state to allow the practice alongside Washington, Colorado, California, Oregon, and Vermont. The move has sparked outrage among religious groups, who argue that the process undermines the dignity of the deceased.

The new law defines the process as the "contained, accelerated conversion of human remains to soil" in a "structure, room, or other space" where decomposition can occur.

Recompose, a funeral home in Seattle that has promoted the adoption of "human composting" legislation across the country, claims that their version of the practice requires only one-eighth of the energy used in cremation or conventional burial, as detailed by the Daily Wire.

The deceased's body is placed in a vessel surrounded by wood chips, alfalfa, and straw for a month while bacteria catalyze "change on the molecular level," resulting in the creation of nutrient-dense soil. Loved ones can then use the material to enrich conservation land, forests, or gardens.

Assemblymember Cristina Garcia of California has defended the process, describing it as "more environmentally friendly" than cremation, as it does not contribute emissions to the atmosphere.

However, religious groups have raised concerns about the practice, with Josh Buice, the pastor of Pray's Mill Baptist Church in Atlanta and the president of G3 Ministries, stating that human composting is "in complete contradiction to the view historically held by Christians and Jews."

Buice argues that the Christian worldview holds that every person has inestimable value and dignity, deserving of honor, respect, and protection, regardless of sex, ethnicity, age, religion, condition, or socio-economic status, the Daily Wire reported.

This belief is the foundation for the Christian community's advocacy for the protection of the preborn and opposition to abortion and any form of mutilation of the human body, including euthanasia and sex change surgery.

Buice also pointed out that human composting goes against traditional Christian burial practices, which honor the deceased and reflect the hope of resurrection. Historically, pagan traditions have practiced cremation and in some cases the burning of the body as a form of sacrifice to their gods, while Christians have buried their loved ones with the belief in the final resurrection.

Despite the opposition from religious groups, it is likely that human composting will continue to be promoted by lawmakers out of a desire to address climate change.

It is worth noting that the concept of human composting is not entirely new. In fact, the practice of natural organic reduction has been used for centuries in various parts of the world, including the traditional Tibetan sky burial. In this ritual, the deceased's body is left on a mountaintop to be consumed by vultures, seen as a way to return the body back to the earth in a natural way.

However, modern forms of human composting using technology and facilities have only recently gained attention and legalization in certain states. While proponents argue that it is a more sustainable and eco-friendly option, critics raise concerns about the safety and regulation of the process.