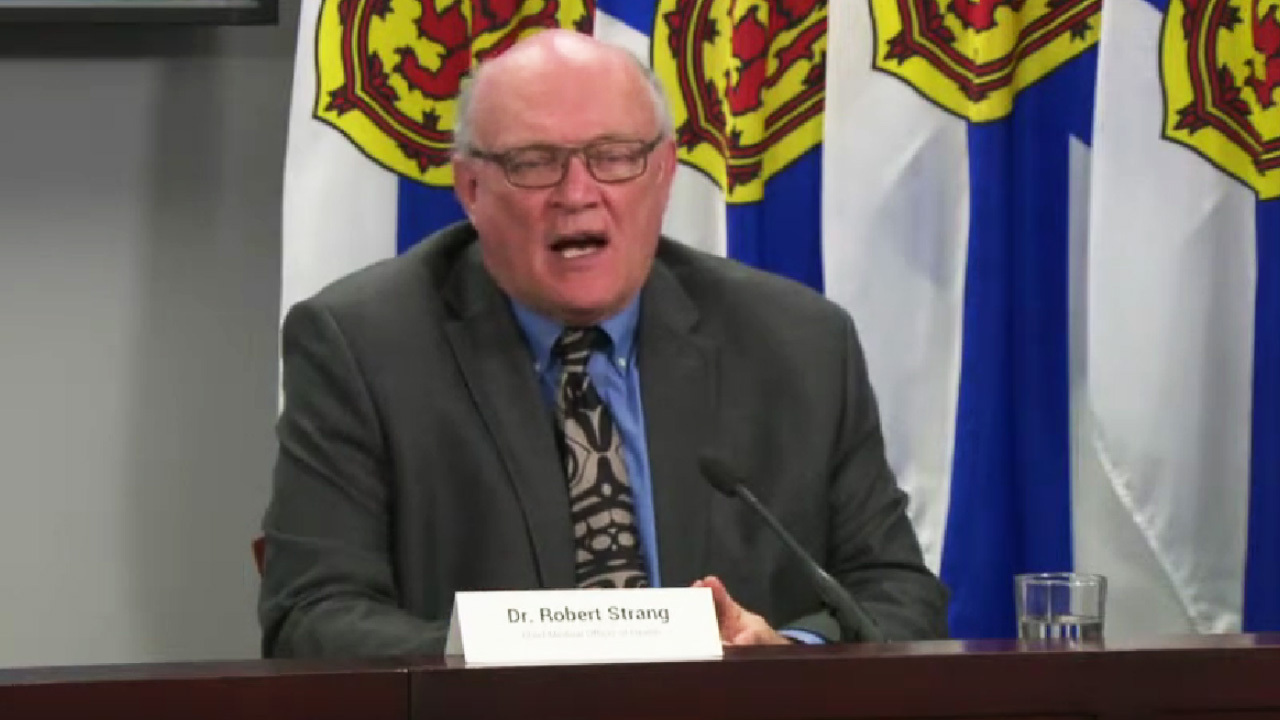 Nova Scotia's chief medical officer Dr. Robert Strang admitted today that COVID-19 vaccines are “not 100 per cent effective”, and that even after receiving two doses, “some people may die.”

The comments were made today during a joint press conference with Nova Scotia Premier Iain Rankin. “We, at this point, aren't requiring vaccinations” to enter the province, the premier told CTV reporter Natasha Pace.

Dr. Strang followed up with Pace, adding that “we fully expect the vaccine is not 100 per cent effective, even two doses”:

“So we fully expect that some people, even with two doses are going to get sick, and some people may die.

“That doesn't mean the vaccine's not working. The vaccine works on a population level as well.”

Rankin brought up the double vaccinations when allNovaScotia's Lyndsay Armstrong asked about opening the province up for compassionate family reunification.

Visitors entering Nova Scotia must apply to the provincial Liberal government for permission before crossing the border, and must enter a 14 day quarantine on arrival.

Rankin said the province can “become more flexible once people have two doses of the vaccine,” adding that “when you have one dose, they're not nearly as effective as two doses.”