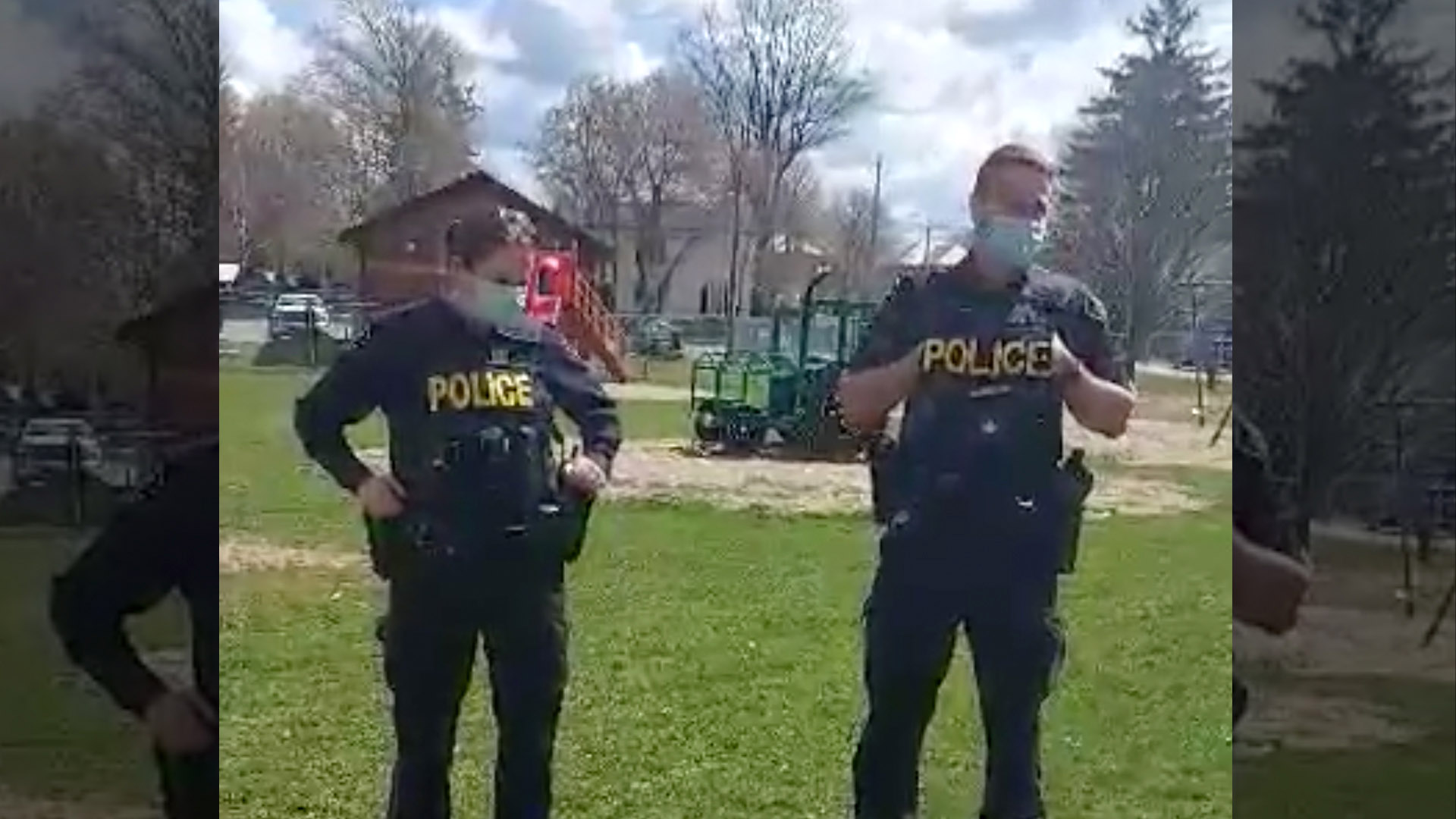 Ontario Provincial Police (OPP) from Peterborough County alluded to the possibility of fines and even calling Children's Aid Society (CAS), after receiving a complaint that parents and children were illegally congregating at a local park.

While requesting park-goer's names and birthdates, OPP at the Havelock park said COVID-related fines were a "possible route," while calling child protective services was "something [they've] been asked to do," continuing that not obeying the current stay-at-home order is considered to be irresponsible parenting in some people's point of view.

Police in Havelock, Ontario, Canada allude to fines and even calling child protective services while breaking up an 'illegal gathering of kids' at the park:

"It's something we've been asked to do." pic.twitter.com/GxynFCTxCP

The mother who recorded the interaction, Tiffani Kotzma, was at the Havelock Community Centre park with her daughter on Sunday, April 18 with 11 other children and eight adults when two OPP officers arrived at the park, according to Toronto.com.

"This was an unorganized event, just parents taking their kids to the park on the first beautiful day we have had here in a while," Kotzma told Rebel News.