Printful suspends services for Gays Against Groomers over 'transphobia'

'We suspended this organization because homophobia and transphobia do not align with our values of respect and inclusion,' said Printful. 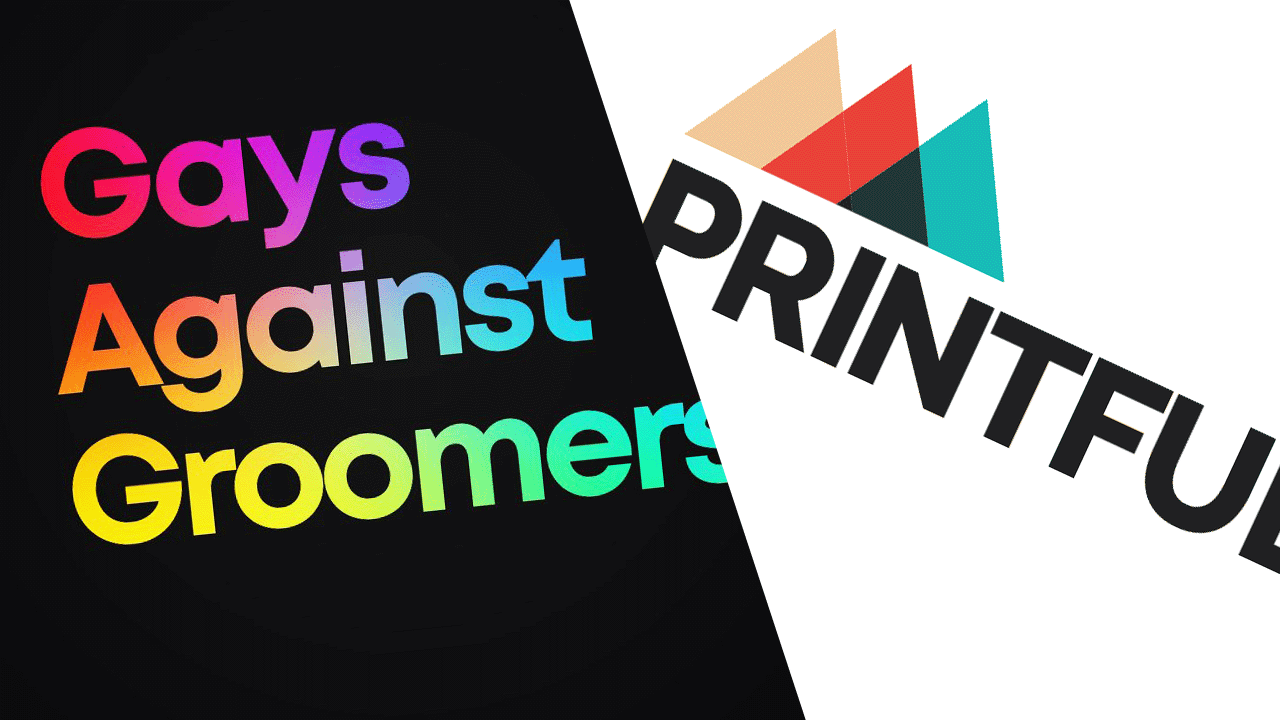 Printful, a service that provides on-demand printing for online t-shirt storefronts, has terminated its services with the anti-grooming activist group, Gays Against Groomers. In a public statement, Printful claimed that the conservative organization shares “misinformation” that goes against the company’s “values of respect and inclusion.”

Posting on Twitter, Printful wrote that on December 7, the company suspended Gays Against Groomers from using its services.

“On the surface, this organization claims to protect children from abuse,” it stated. “However, after taking a closer look at their platform, we found the content they share is homophobic, transphobic misinformation that harms LGBTQ+ communities.”

Gays Against Groomers argues that so-called “gender affirming” transgender surgeries for minors are dangerous to the health of children who undergo the procedures, which include puberty blockers and the removal of breasts.

“We suspended this organization because homophobia and transphobia do not align with our values of respect and inclusion," said Printful.

Let us be clear that we do not condone child abuse.

We do not tolerate content that expresses hate towards groups or individuals. We will not work with an organization that spreads harmful accusations against the LGBTQ+ community under the guise of protecting children.

Printful has decided to discontinue working with Gays Against Groomers because the underlying misinformation shared by this organization does not align with our values of respect and inclusion. Read more about our decision ⬇️ pic.twitter.com/AljFhQ1N9I

Printful’s conflation of transgender surgeries with LGBTQ+ rights is part of a wider effort to shut down criticism and concerns over the potential abuse of children. One cannot even criticize radical gender ideology without being accused of spreading “hate” against marginalized communities.