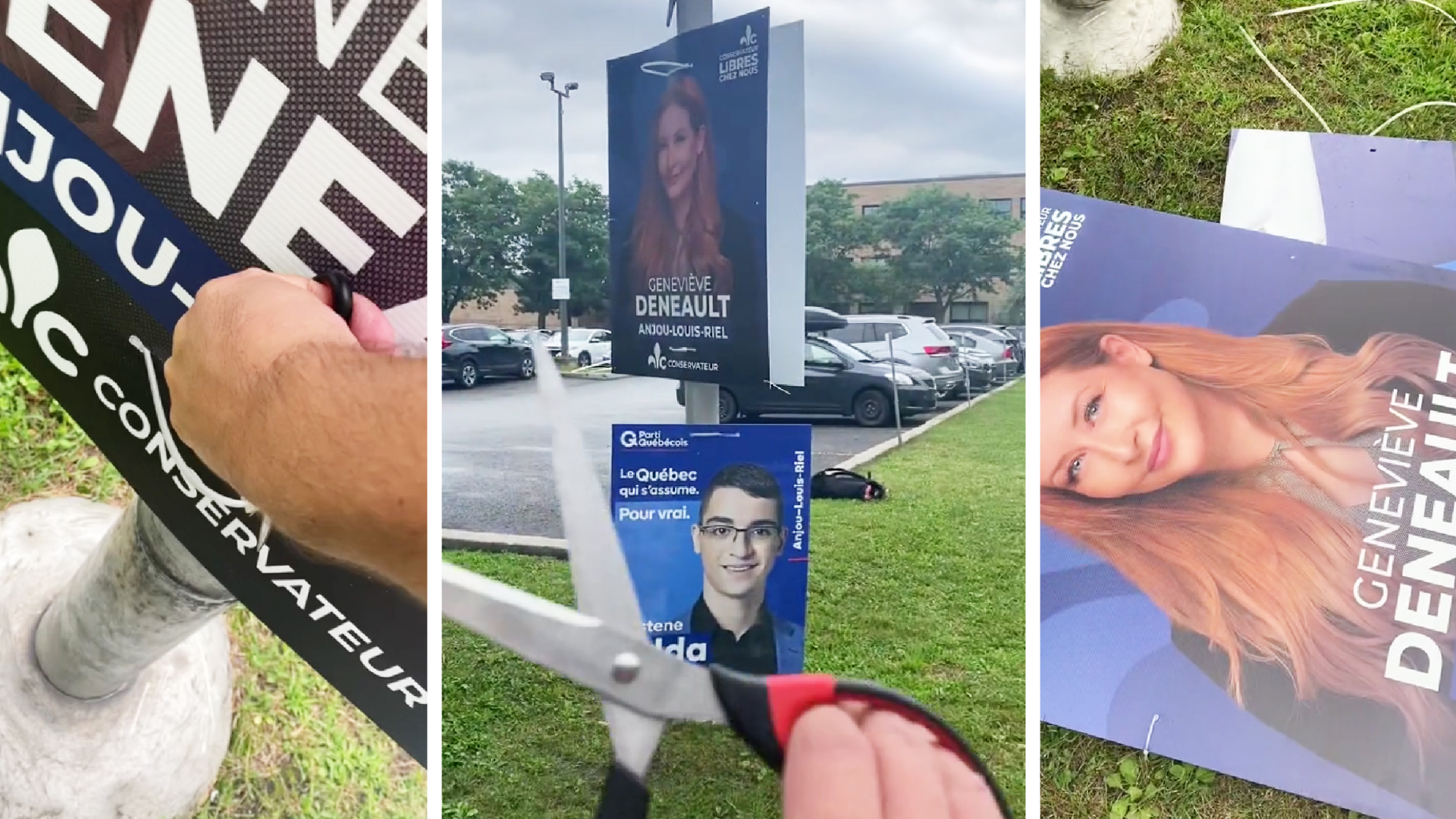 It's been three days since election campaigns officially kicked off in Quebec and already we can feel a mix of emotions within the population. This will be the first time that bulletproof vests have been offered to the different party leaders in order to ensure their security despite the increased police presence surrounding the events of the different parties.

Lately, the parties have been posting candidate signs in the different electoral districts. We know that some signs will be vandalized as we observe during nearly every election, provincial or federal.

But something particularly odd happened in Anjou, Montreal. A teacher at Louis-Riel High School took to unhooking and removing election signs of the Quebec Party as well as the Conservative Party of Quebec, all while filming himself and stating that these signs had no place on school grounds.

BREAKING:
A drama teacher and TikTok influencer from Louis-Riel High School in Anjou, Quebec filmed himself cutting candidates' campaign signs. He then published the video on his TikTok account. MORE: https://t.co/wFXQKB4jXP pic.twitter.com/i6bEuck15M

In the TikTok video, we only see a pair of scissors cutting the signs and the teacher mentioning that if the owners of these posters want them, to come and get them and that he is a teacher at the institution in question.

Xavier Watso, the teacher in question, is a high school theatre teacher, an Indigenous activist, and a creator of Abenaki content. He is also an influencer on the TikTok application.

According to the rules on election period signage for the 2022 provincial elections, it is permitted to install signs on public utility poles on school board property.

On the other hand, according to the rules on stolen or vandalized signs, and I quote, "Theft and mischief to property are offences under the Criminal Code. These situations must therefore be reported to the police. Mischief to election signs goes against the democratic values of our society.''

The professor who teaches the future generation and is influential on TikTok with 42.5K followers has broken the law not silently but publicly. Will there be a follow-up in the legal and police proceedings? That remains to be seen.

I reached out for comment to the director of the school, Madame Leduc, and also to Genevieve Deneault, candidate for the Conservative Party. We will update the story as soon we hear back.