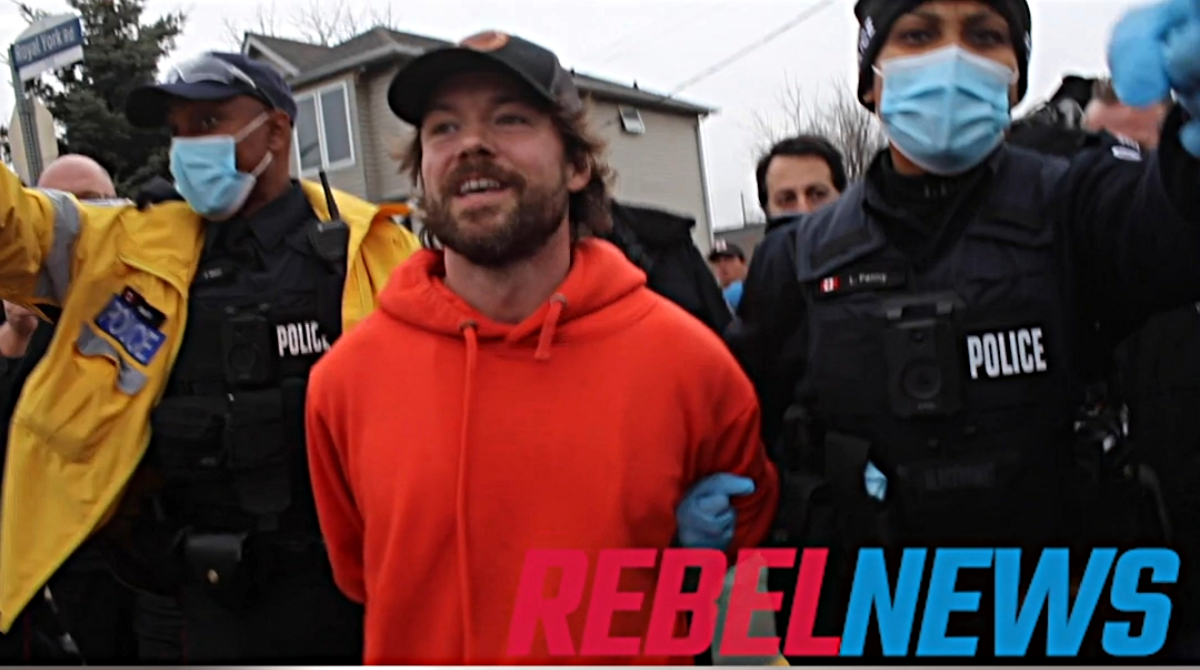 The Toronto Police Service put forth an overwhelming display of manpower in their efforts to enforce COVID-19 lockdown orders against Adamson Barbecue after the restaurant defied restrictions on indoor dining for a third consecutive day.

But the question of how exactly the officers were directed in their enforcement is not quite clear.

Speaking at a press conference yesterday following Skelly's arrest, police Supt. Domenic Sinopoli told the media that “last night, we received an order from Justice — sorry — [Toronto Chief Medical Officer of Health] Dr. de Villa essentially giving us power under the — or her power — under the [Health Protection and Promotion Act] to seize the property, which she has done.”

“At six o'clock this morning, with the assistance of the city, locks were changed at the premises and all persons were restricted from access to the premises.”

Rebel News boss Ezra Levant raised the issue with this directive in a lengthy Twitter thread, wondering just how exactly the orders were given, whether a judge was involved, or if the orders were coming from the unelected Dr. de Villa or perhaps from Toronto Mayor John Tory himself, given the massive political pressure facing the pair.

He says he received an "order" from @epdevilla under the Health Protection Act to seize @adamsonbarbecue. But she has no such power under the law; she has to go to a judge to get an order. Did she? https://t.co/BEThtoITtd

4. Even if you used those two sections, @epdevilla does not have that power. She has to go to a real court to ask the judge for a warrant. Only a judge can then direct the police to enforce her will. Did you in fact go to court? Again: can we see this "order" please?

A further twist in the story came from Toronto Sun columnist Joe Warmington who reported that “after a week of deployed officers and even a dozen horses, a late development Friday was that cops were expected to stay on guard overnight, hired as a pay duty officers by the City of Toronto rather than being paid for out of the police budget.”

The City of Toronto has already faced financial challenges due to the ongoing pandemic and is now using additional funding from its budget, rather than the police budget, to enforce the shutdown orders on Adamsons Barbecue.

The cops at @adamsonbarbecue aren't working for @TorontoPolice. They're hired for cash by the mayor out of the health budget.

"Cops were expected to stay on guard overnight, hired as a pay duty officers by the City of Toronto rather than being paid for out of the police budget." https://t.co/TnQKzpuFDB

A further development in the story that broke this evening was shared on Twitter by True North journalist Andrew Lawton, sharing video of a London, Ontario police officer charging Aylmer Church of God pastor Henry Hildebrandt for attending a protest at Victoria Park which exceeded current social gathering limits.

London, Ontario police showed up at a small-town pastor's house to charge him for attending an anti-lockdown protest. pic.twitter.com/qOsvZevR4Z

Pastor Hildebrandt has been a previous success story of Rebel News' Fight The Fines campaign after receiving a charge earlier this year. The pastor has been a regular feature at the ongoing anti-lockdown protests held at Toronto's Yonge-Dundas Square.

Skelly is now free from jail, having posted a $50,000 bail. Conditions of the bail require Skelly to be more than 200 metres from the three Adamson Barbecue locations and must not communicate on social media. Skelly had announced his intention to open his Etobicoke restaurant Monday evening in an Instragram video that has been viewed nearly 640,000 times.

On top of those orders, Skelly was also required not to operate a business unless it was in compliance with the Reopening Ontario Act. He must also obey the Health Protection Act and Promotion Act, as well as all lawful orders put forward from Ontario's chief public health officer and regional public health officer.