The list includes links to the targeted individuals' Twitter profiles and archives, allowing trans activists to mass report and deplatform them. 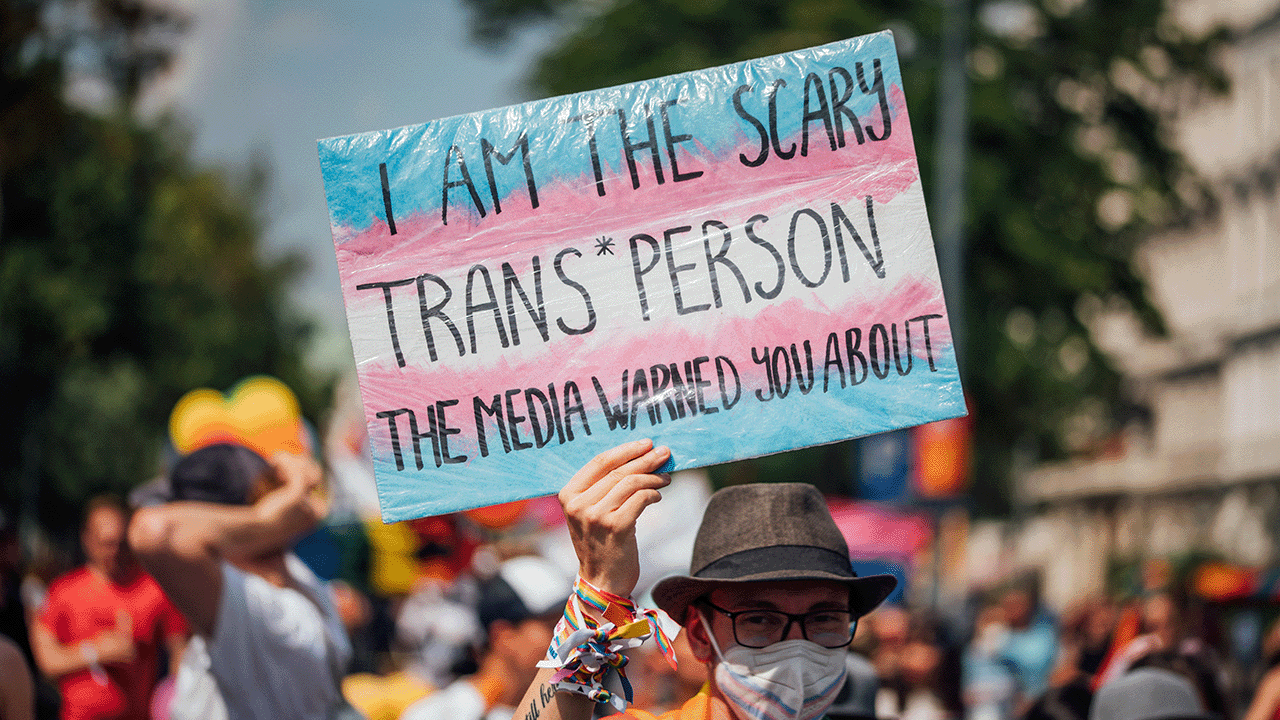 Thousands of individuals have found themselves on a list dedicated to rooting out “transphobia” on social media, designed to silence their criticism of transgender activists.

1/ Now that I screen shot the whole dang thing: here is the live link One year ago or so, trance rights activists joined together to target people they would gang up on and report to actively remove from Twitter. Go to the users tab. https://t.co/EaLmIMVZiK

Other names include podcaster Sydney Watson and biologist Colin Wright.

The “transphobe finder” list, which was leaked by Grace, and purportedly went live last year, is part of a project described as a “way to easily find rule-breaking transphobic tweets to report to Twitter.” The list claims not to be a blocklist, but a list made to silence dissent and start arguments.

As detailed by the Post Millenial’s Libby Emmons, the list’s creators claim that “Arguing with bigots is exhausting and demoralizing,” and that if the so-called transphobes are “breaking rules, there are more effective 'consequences' available.”

Users are encouraged to inform the list curators to suggest new names to put on the list or remove those that do not belong there.

Users are provided instructions on how to report tweets and bring them to the attention of other users.

Furthermore, a cheat sheet provides details on what qualifies as reportable by Twitter rules, stating that “evidence of harm” can be that the person being reported directly engaged with the reporter.

“Twitter often take into account context and evidence of harm,” the cheat sheet suggests, “So reporting someone that is harassing someone else can be a bit of a stab in the dark, because it might not be 100% unambiguous to them that the victim didn’t want it — even if it seems very obvious to you.”

“But reporting someone who is harassing *you* can be EXTREMELY effective, because the fact that you’ve reported them means you find their message to be harmful, and that counts as evidence of harm.”

The takeaway from this Orwellian project is simply not to engage with transgender activists or take the bait. 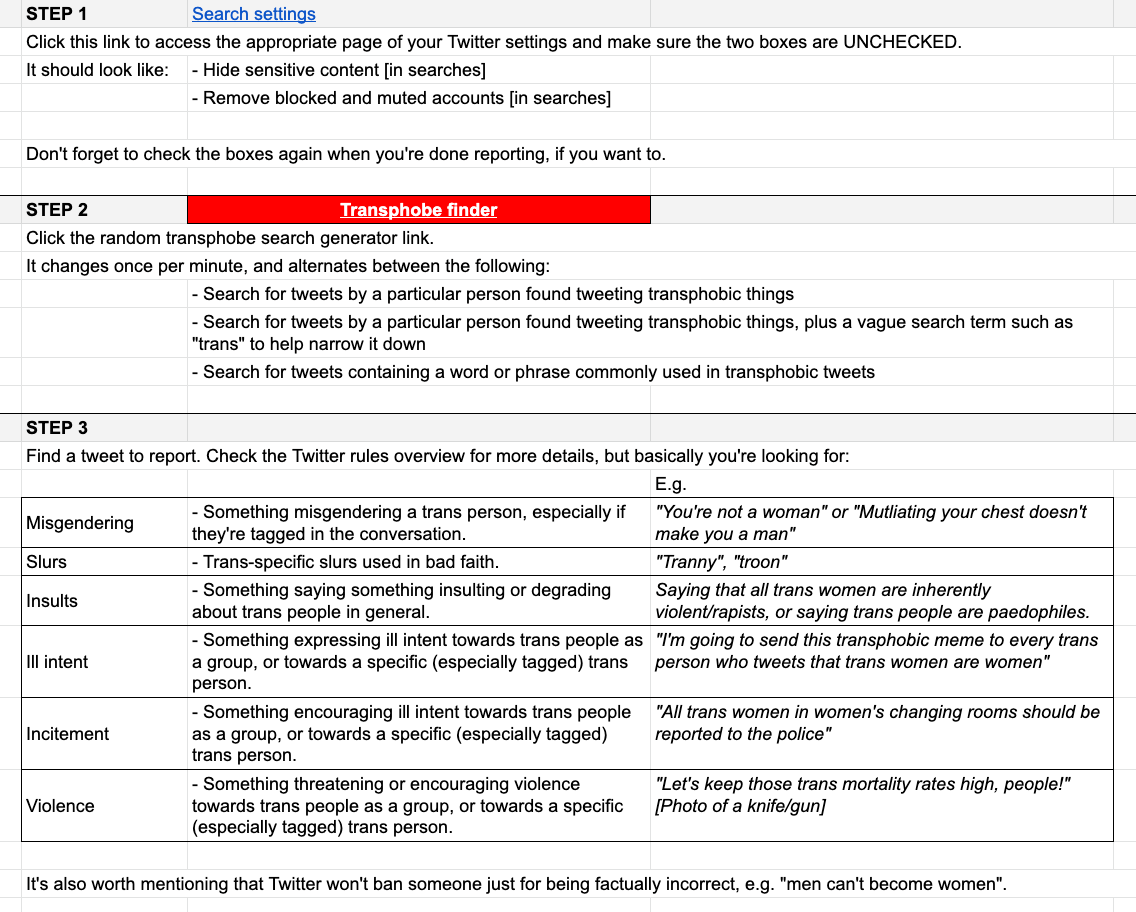