On May 28, 2020, Lee torched the Max It Pawn Shop in Minneapolis, with video of his actions showing him dousing the store in accelerant, and later holding up his fist as a person taping him says “Oh sh*t, you really did it.” 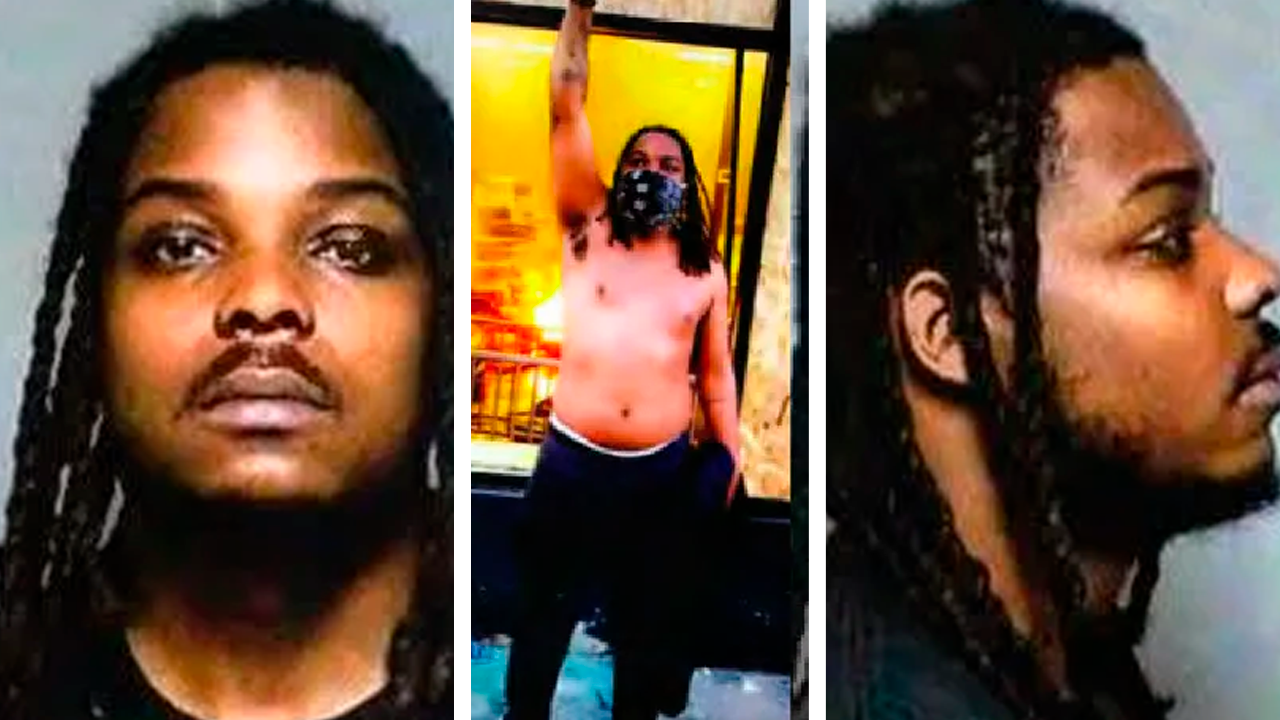 A man who set fire to a pawn shop during the height of the George Floyd riots of summer 2020, and killed one person as a result of the fire, has escaped a murder charge thanks to a lenient judge and prosecutors who praised the killer for his “candor.”

“Montez Terriel Lee, 26, pleaded guilty to a single count of arson and was sentenced earlier this month to 10 years in federal prison — much less than the 16 1/2 to 20-year punishment outlined in the sentencing guidelines,” the Washington Examiner reported.

On May 28, 2020, Lee torched the Max It Pawn Shop in Minneapolis, with video of his actions showing him dousing the store in accelerant, and later holding up his fist as a person taping him says “Oh sh*t, you really did it.”

A second video shows Lee standing in front of the pawnshop as it burns. A man asks him, ”What you do, Tez?” to which Lee replies, “F*ck this place. We’re gonna burn this b*tch down.”

According to the prosecutor’s sentencing documents, “On June 5, 2020, a man named Oscar Lee Stewart, 30, was reported missing to the Burnsville Police Department by his mother. Mr. Stewart’s mother reported that she had not seen her son since May 28, 2020. Investigators learned that Mr. Stewart’s vehicle had been found near the Max It Pawn. On July 20, 2020, authorities located Mr. Stewart’s body in the rubble of the Max It Pawn.”

Speaking to the Examiner, former federal prosecutor Neama Rahmani said, “It could have been tried as a capital case. Even if conduct isn’t charged under the sentencing guidelines, any relevant conduct can be considered by the sentencing judge in fashioning an appropriate sentence.”

“Any time there is a felony committed — and arson is a felony — and a death ensues, that’s homicide. … It doesn’t matter that just the arson was charged because someone died as a result. It’s a murder case,” Rahmani said.

The two prosecutors in charge of the case, Acting U.S. Attorney W. Anders Folk and Assistant U.S. Attorney Thomas Calhoun-Lopez, signed a sentencing memo lauding Lee for his “candor.” The prosecutors argue that Lee did not commit the act for personal gain, and it was a commercial building, therefore his sentence should be reduced.

The prosecutors claimed that his raising of his first was “terribly misguided” and labelled his actions as having “tragic, unthinkable consequences.” However, the duo cited Martin Luther King that Lee appeared to be that he was, in Dr. King’s eloquent words, engaging in “the language of the unheard.”

According to the Post Bulletin, the judge, Wilhelmina Lee, told Lee: