'Decline is a choice, success is attainable, and freedom is worth fighting for,' DeSantis said. 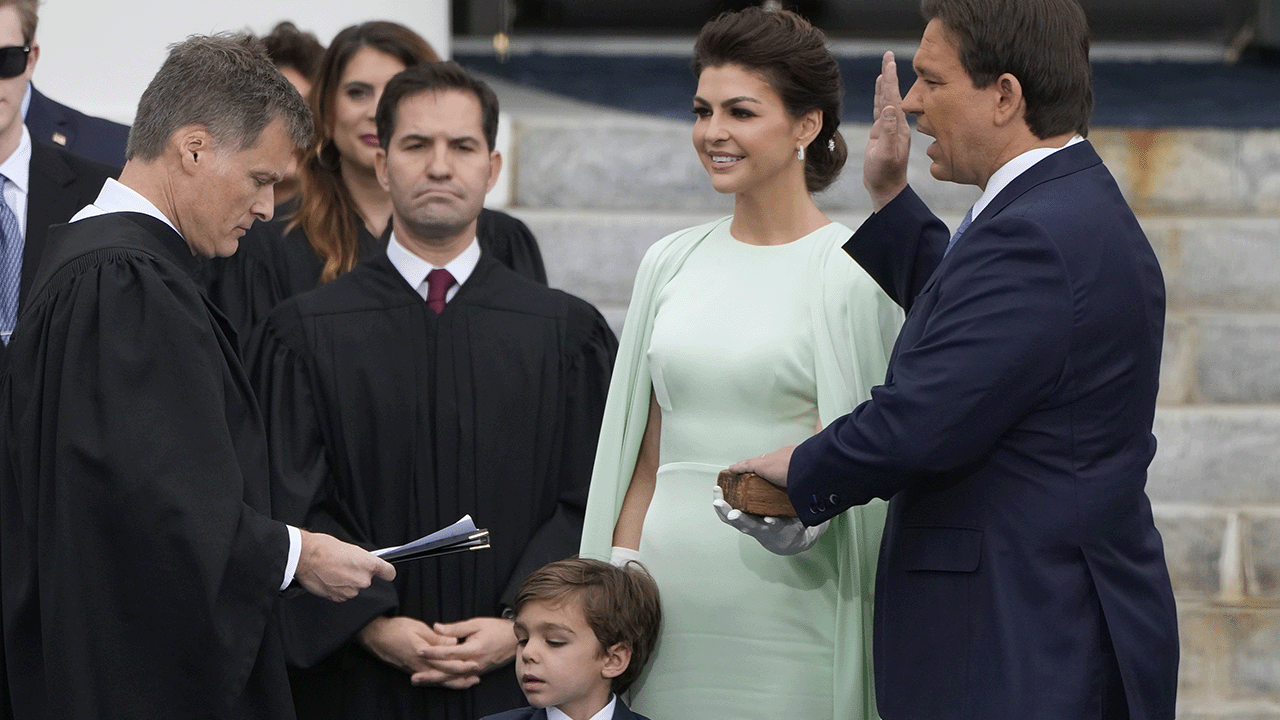 On Tuesday, Ron DeSantis was inaugurated as Florida's 46th governor for his second term.

DeSantis, a former Congressman and Navy veteran, gained national attention during his first term as governor, which he secured by defeating his Democratic opponent, Charlie Crist, with almost 60% of the vote in the 2022 midterm elections.

In his inaugural address, given from the steps of the Historic Capitol in Tallahassee, DeSantis spoke about the successes of his administration during his first term, despite what he described as the "floundering federal establishment in Washington, D.C."

These successes included lowering taxes, reforming education, and appointing judges who "understand the proper role of a judge is to apply the laws written - not legislate from the bench." DeSantis also pointed to Florida's population growth as evidence of the state's success, citing the U.S. Census Bureau's report that Florida had the highest percent increase in population of any state in 2022.

During his speech, DeSantis also criticized the federal government's handling of the pandemic, stating that policies were based more on ideology and politics than on science, which he argued had damaged freedom and commerce and imposed unnecessary burdens on communities and taxpayers.

He also criticized states and cities that he said had embraced "faddish ideology at the expense of enduring principles," including what he described as "woke ideology" that rejected merit and achievement and advocated for "identity essentialism." DeSantis declared that Florida would reject this ideology and instead seek "normalcy" and defend "reality, facts, and truth.”

“Over the past few years, as so many states in our country ground their citizens down, we in Florida lifted our people up,” DeSantis said. “When other states consigned their peoples’ freedom to the dustbin, Florida stood strongly as freedom’s linchpin.”

“When the world lost its mind, and common sense suddenly became an uncommon virtue, Florida was a refuge of sanity, a citadel of freedom for our fellow Americans and for people around the world,” he said.

In his speech, DeSantis took aim at federal pandemic policies and its focus on woke ideology, condemning it as “faddish ideology at the expense of enduring principles.”

He said that federal policies burdened taxpayers and imposed medical “authoritarianism in the guise of pandemic mandates and restrictions that lack a scientific basis.”

“This bizarre but prevalent ideology that permeates these policy measures purports to act in the name of justice for the marginalized, but it frowns upon American institutions,” he said. “It rejects merit and achievement, and it advocates identity essentialism.”

“We reject this woke ideology,” he added. “We seek normalcy, not philosophical lunacy. We will not allow reality, facts, and truth to become optional — we will never surrender to the woke mob. Florida is where woke goes to die.”

DeSantis did not mention any potential 2024 presidential ambitions during his inaugural address, but he has been seen as a possible contender for the Republican nomination. As governor, DeSantis has generally supported former President Trump, even as their relationship was reported to have been strained at times.

As he begins his second term, DeSantis will have to address these and other challenges facing the state of Florida. He has not yet announced any specific policy initiatives for his second term, but he has indicated that his priorities will include continuing to support the state's economic growth and promoting public safety.

“Decline is a choice, success is attainable, and freedom is worth fighting for,” DeSantis said.