News of the sanctions came hours after Ukrainian President Volodymyr Zelensky addressed the Parliament on Tuesday. 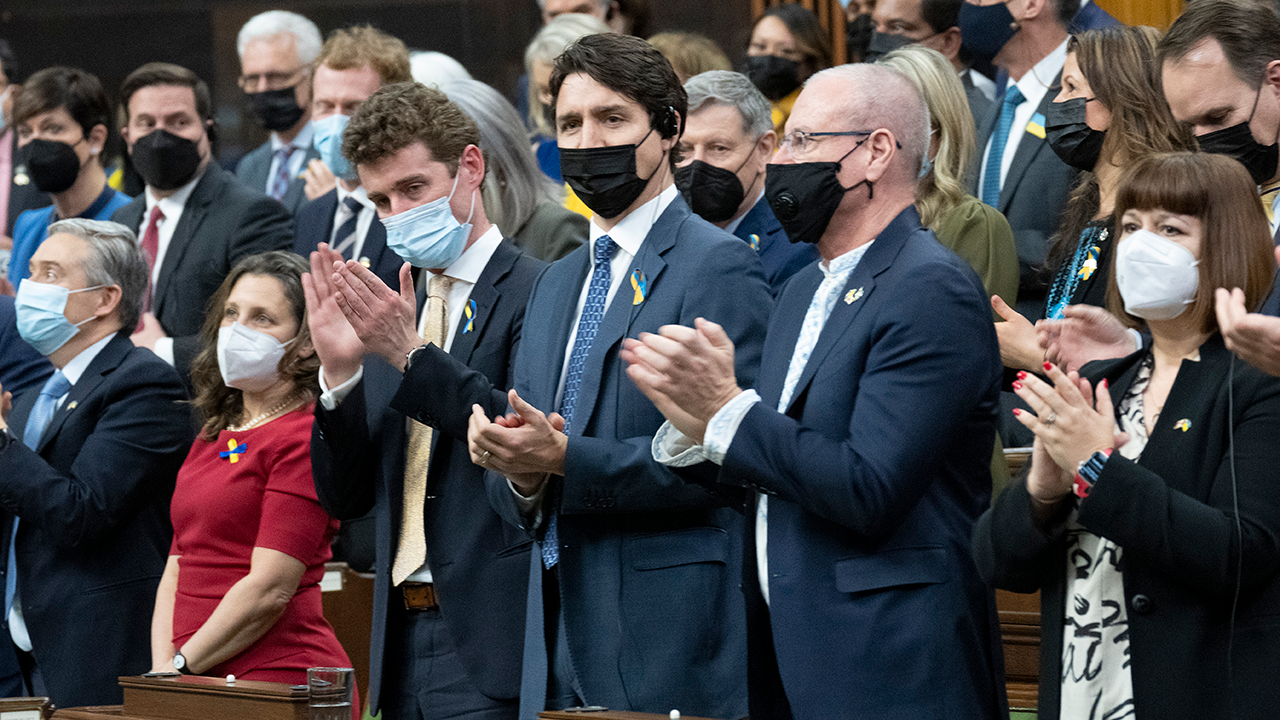 The Russian government has officially blacklisted Prime Minister Justin Trudeau, along with 312 other Canadian officials, banning them from entry into the country. The move to ban Canadian politicians follows Canada’s sanctions on Russia in response to the conflict in Ukraine.

The Russian government on Tuesday accused the Canadian government of “Russophobic rage.” Explaining why Canadian officials are no longer welcome in the Eurasian country, Russia stated:

The “black list” of persons prohibited from entering the Russian Federation includes Prime Minister J. Trudeau, Ministers of Foreign Affairs and National Defense M. Joli and A. Anand. Most of the deputies of the House of Commons of the Canadian Parliament and aggressive pro-Bander elements are also among those banned.

This step is forced and taken in response to the outrageous hostility of the current Canadian regime, which has tested our patience for so long. Every Russophobic attack, be it attacks on Russian diplomatic missions, airspace closures, or Ottawa’s actual severing of bilateral economic ties to the detriment of Canadian interests, will inevitably receive a decisive and not necessarily symmetrical rebuff.

News of the sanctions came hours after Ukrainian President Volodymyr Zelensky addressed the Parliament on Tuesday, where he urged Canadian officials to impose a no-fly zone over Ukraine to defend it from Russian planes.

“Please close the sky, close the airspace,” he said, per the Associated Press. “Please stop the bombing. How many more cruise missiles have to fall on our cities until you make this happen?”

Zelensky charged that NATO countries are expressing their deep concern, but it isn’t enough. “When we talk to our partners, they say please hold on, hold on a little longer.”

“Freedom, human rights, justice, truth, international order — these are the values you’re risking your life for as you fight for Ukraine and Ukrainians. Beyond that, you’re inspiring democracies and democratic leaders around the world to be more courageous, more united, and to fight harder for what we believe in. You remind us that friends are always stronger together. With allies and partners, we’re imposing crippling sanctions to make sure Putin and his enablers in Russia and Belarus are held accountable,” Trudeau said.

“Today, in line with our European Union partners, I can announce that we have imposed severe sanctions on 15 new Russian officials, including government and military elites who are complicit in this illegal war,” Trudeau added.

Since the onset of the war in Ukraine, Canada committed $145 million in humanitarian assistance to Ukraine.

Canada is home to 1.4 million Canadians of Ukrainian descent.