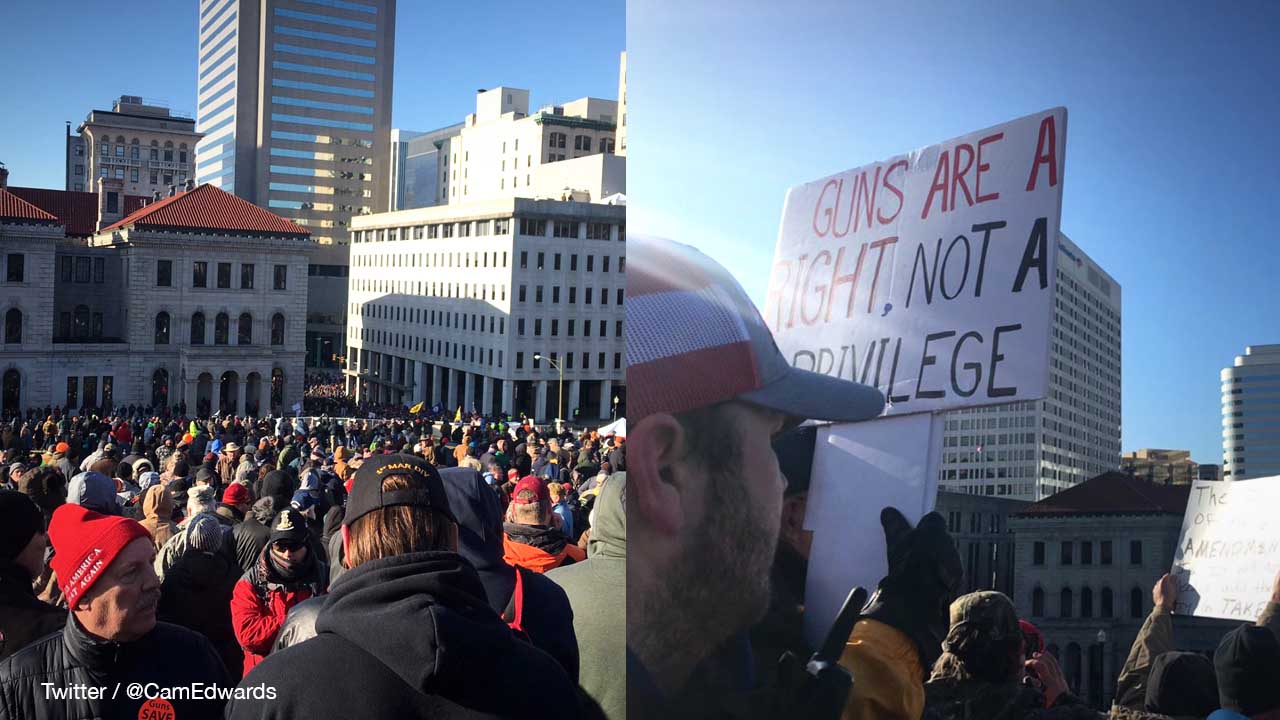 Today, tens of thousands of Second Amendment supporters showed up to peacefully protest in Richmond, Virginia against the state's bid to encroach on the Second Amendment.

While there were a handful of Antifa supporters on the ground and one unidentified man attempting to incite the crowd, there was no violence between either groups.

Police were on hand, and they later confiscated and removed a guillotine brought by some protesters and set up outside of the capitol building.

By late morning, it was clear that the rally was a success and Trump joined in:

All in all, it was a peaceful, diverse human rights rally and no one is going to be more devastated than the mainstream media.