'Vladimir Putin controls 100% of the banks in Russia,' said Cotton. 'He can use the other 20% to finance his war machine. It’s time to remove all Russian institutions from the international payment system. It’s time to impose sanctions on oil and gas exports.' 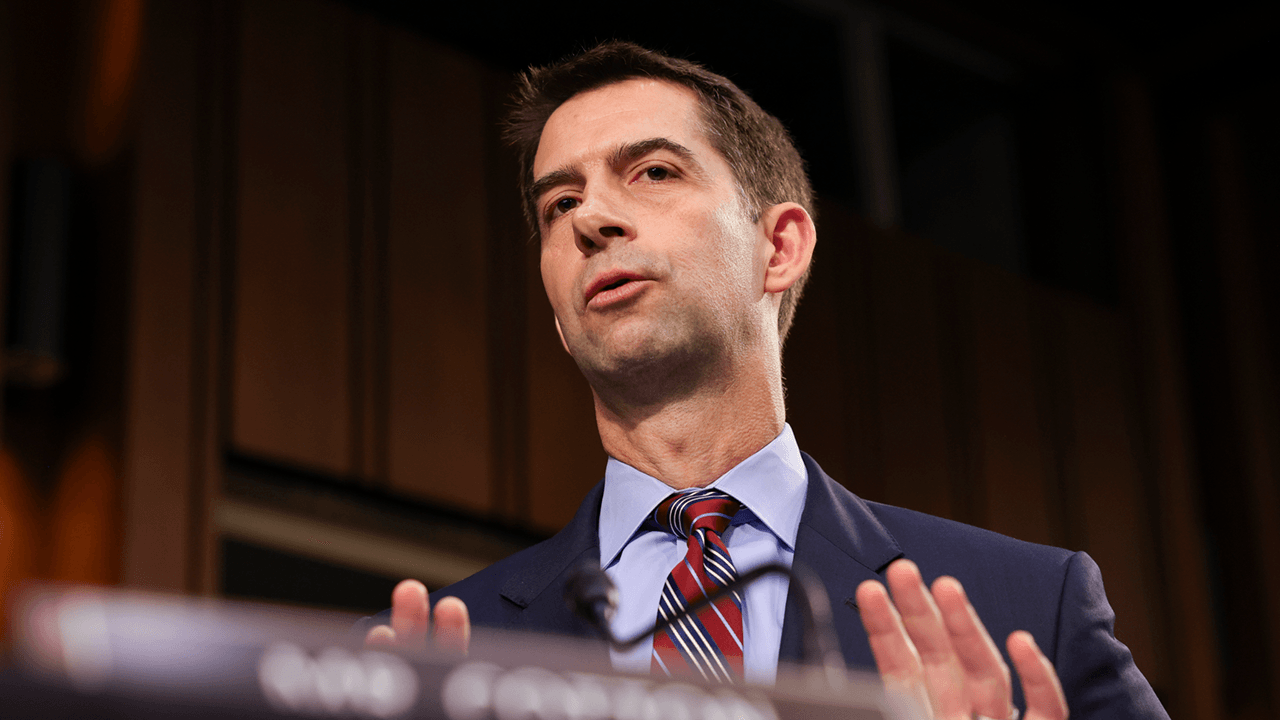 In a Sunday interview with ABC’s “This Week,” the Arkansas senator said that the sanctions imposed on Russia thus far are “riddled with loopholes.” Speaking to George Stephanopoulos about Biden’s measures against Putin’s full-scale invasion of Ukraine, Cotton urged for the United States and its allies to step up with harsher sanctions immediately.

“Vladimir Putin controls 100% of the banks in Russia,” said Cotton. “He can use the other 20% to finance his war machine. It’s time to remove all Russian institutions from the international payment system. It’s time to impose sanctions on oil and gas exports.”

“We need to rush those weapons that were announced for delivery yesterday to the front. Anti-tank, anti-aircraft missiles, sniper rifles, ammunition. It should have been done weeks ago,” he added. “It’s time for the president to quit pussyfooting around. The financial sanctions are riddled with loopholes.”

Stephanopoulos asserted that Putin had raised the threat status of his nuclear deterrent forces and asked the senator if he believed others were right to question Putin’s mental state.

The media has been rife with claims that Putin may be suffering from “long COVID” or some other health ailment, including Parkinson’s disease, suggesting that the Russian president’s actions may be driven by mental instability.

“I’m not going to play psychologist. What Vladimir Putin said is not a surprise,” Cotton replied, noting that Putin had been signalling his intent to invade for months.

“That’s why I’ve been urging this administration to take the threat from Vladimir Putin seriously, to impose sanctions weeks and months ago, to send weapons to Ukraine weeks ago,” Cotton continued.

“Ms. Psaki said we made the mistake of seeing Vladimir Putin seeing the world through global norms,” he noted. “I never made that mistake. I’ve seen him as a ruthless dictator. He took the ambitions he’s always had and went for the jugular. Thankfully, brave Ukrainian people are fighting back and every day they hold out they continue to stiffen the spines of leaders in the West. We need to urge them on and continue providing them the weapons they need to fight back.”

The ABC host told his audience that Cotton has always been highly suspicious and critical of Putin, pivoting to compare his position to a host of comments made by former president Donald Trump.

“You’ve never made that mistake, it’s true,” he said. “That can’t be said of Donald Trump. He called him smart. Earlier in the week he called him savvy. He said NATO and the U.S. are dumb. Are you prepared to condemn that rhetoric from the leader of your party?”

Stephanopoulos’ remarks prompted Cotton to reply, “George, you heard what I had to say about Vladimir Putin. He’s a ruthless dictator who launched a war of aggression. Thankfully the Ukrainian army has anti-tank missiles that president Obama would not supply. That’s why it’s so urgent we continue to supply those weapons to Ukraine,” Cotton said, ignoring the question.

“Why can’t you condemn Donald Trump for those comments?” Stephanopoulos reiterated.

“George, if you want to know what Donald Trump thinks about Vladimir Putin or any other topic I would encourage him to invite you on your show,” Cotton fired back, stating that his opinions on the war were his own.

Tom Cotton put on a clinic this morning of not taking the bait. Bravo. pic.twitter.com/urjIoKwcs6