The country famous for its commitment to neutrality is taking a number of actions against Russia, including sanctions targeting individuals and companies, closing its airspace to flights from Russia and sending relief supplies to Poland. 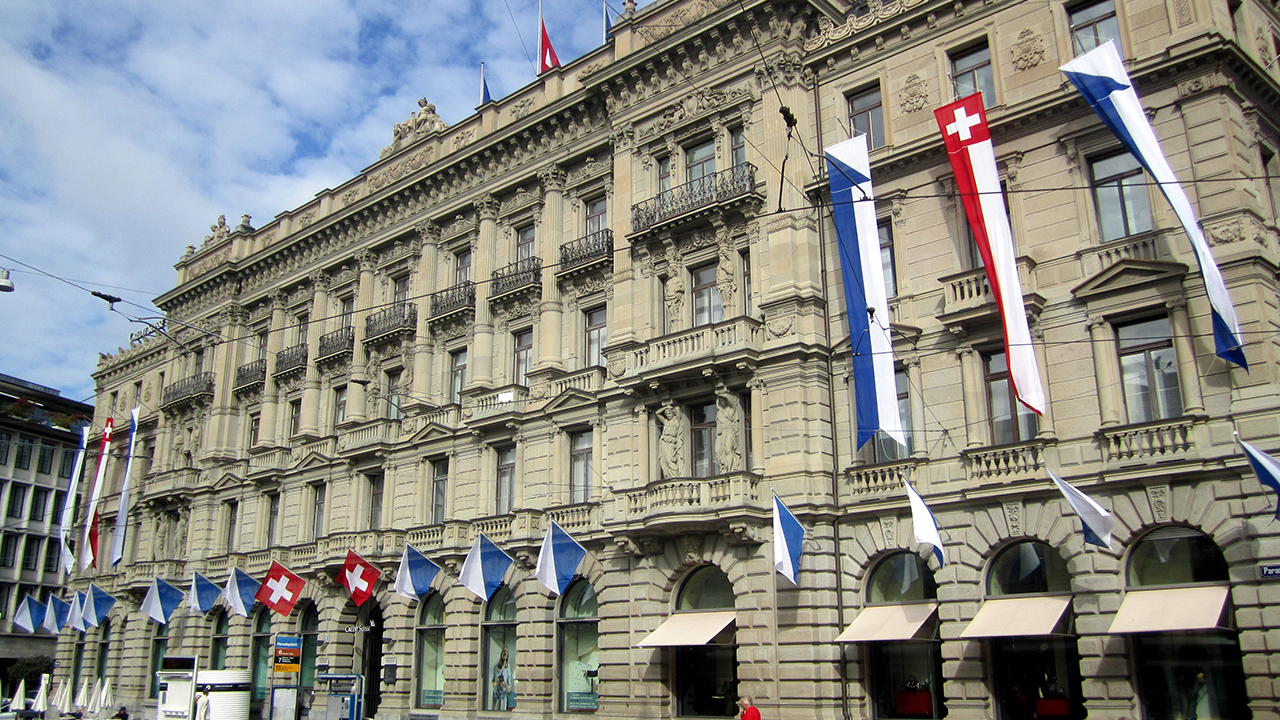 Switzerland’s Federal Council is adopting the European Union’s sanctions against Russia, breaking its historical neutral status over the Ukraine invasion.

In a statement on Monday, the Federal Council said it would adopt sanctions against Russia, effective immediately, matching those of the European Union, of which Switzerland is not a member.

In addition, the council said it will close its airspace to all flights from Russia and “all movements on aircraft with Russian markings.” Those understood to be close to the Russian president will also be banned from entering Switzerland.

The traditionally neutral country says it will implement the sanctions in coordination with the EU, noting that these were “primarily goods and financial sanctions.”

The sanctions will take “immediate effect,” the council stated.

“In so doing, Switzerland is responding to the serious violations of international law for which these individuals are responsible,” it said.

The announcement comes as Russia’s mission in Geneva announced that Lavrov was forced to cancel his trip to the United Nations Human Rights Council due to the anti-Russian sanctions imposed by the European Union. He was scheduled to travel to Switzerland on Tuesday to address the U.N.

According to Swiss Justice Minister Karin Keller-Sutter, five oligarchs close to Putin, who had strong ties to Switzerland, have been banned from entering the country.

The council in Bern said it decided to partially suspend a 2009 visa facilitation for Russian nationals. However, holders of diplomatic passports will still be able to enter Switzerland without a visa.

Although Switzerland is mirroring existing sanctions imposed by the EU on Russia, the Swiss government says it will assess any further sanctions “on a case by case basis.”

The decision by the Swiss government to sanction Russia was welcomed by the European Union.

EU foreign policy chief Josep Borrell praised the move calling it “very good news” that Switzerland will “fight against corruption and the dark money... of the oligarchs who support Putin and who are being targeted by sanctions.”

“Without the participation of Switzerland, our measures would have been not as effective as needed,” he said.

As detailed by Barrons, Russia only ranks 23rd on Switzerland’s list of trading partners, but the country’s banks are often favored by Russia’s elite.

According to statistics from the Bank for International Settlements, Swiss banks had in the third quarter last year some $23 billion in Russian holdings, mostly from deposits.

The majority of Russia's oil business passes through Switzerland, while its cereals and metals are also traded in Geneva.

Before shifting its approach, Bern said it had carefully considered “Switzerland's neutrality and peace policy considerations,” but that “Russia's unprecedented military attack on a sovereign European country was the deciding factor.”