The celebration was held at Bagram Airfield, the sprawling former U.S. airbase in Afghanistan, and incorporated plenty of U.S. military equipment that was left behind. 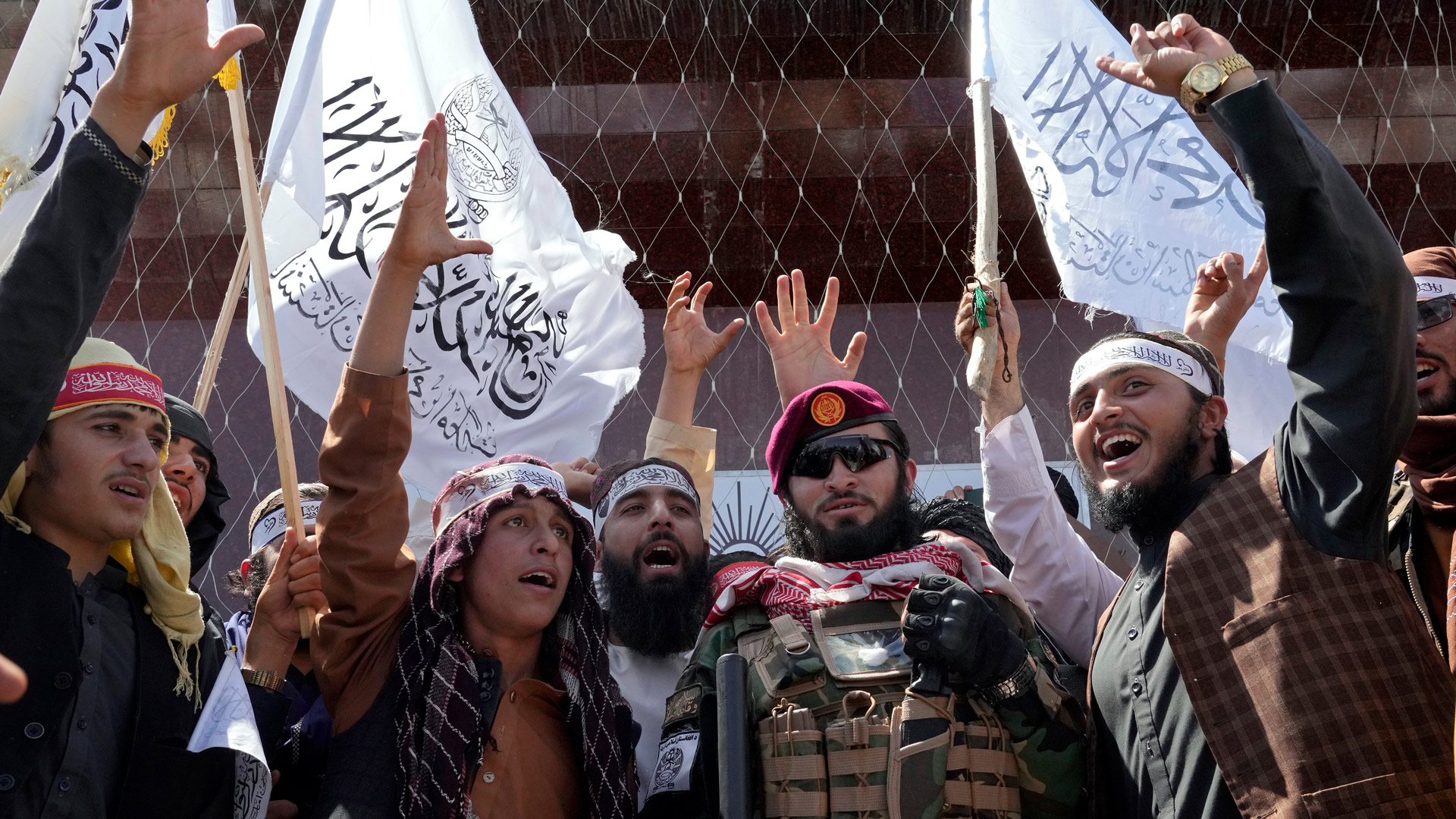 One year after Joe Biden’s humiliating and deadly withdrawal of U.S. troops from Afghanistan, the Taliban has re-emerged in full force.

The group chose to mark the anniversary of American forces’ departure from the country with a parade, showing off U.S. military hardware that was left behind by the Biden administration.

As reported by Townhall, “American vehicles, helicopters, planes, and other weaponry were paraded by the terrorist leaders and other spectators in what can only be described as a giant middle finger to the United States and specifically Joe Biden whose humiliating withdrawal failed to plan for the removal or destruction of U.S. military assets.”

Here is a video purportedly showing some of the military vehicles and equipment used in the parade from Twitter user “@BabakTaghvaee1”:

Here is another video from Twitter user “AZmilitary1” that allegedly shows Taliban officials at the parade at Bagram Airfield:

🇺🇸🇦🇫The Taliban held a parade at the former main Afghan US airbase Bagram in honor of the anniversary of the Americans' departure pic.twitter.com/KSpq5h7TA0

As reported by Afghanistan International, the Taliban prime minister “urged the Taliban not to ‘lose the ideals of Jihad.’”

“The Taliban PM also congratulated the Taliban for the ‘victory’ and commemorated those who ‘sacrificed their bodies and parts of their bodies for the sake of God,’” added the publication.

The Biden administration previously took exception to the idea that the withdrawal was “chaotic,” even after the deaths of 13 U.S. servicemembers and dozens more being wounded by a suicide bomber.