The Hill was alive with the sounds of… dueling protests?

At one point, some sparks began to fly as the farmers’ protest co-mingled with another protest that was put on by a group called A Better Richmond Hill. 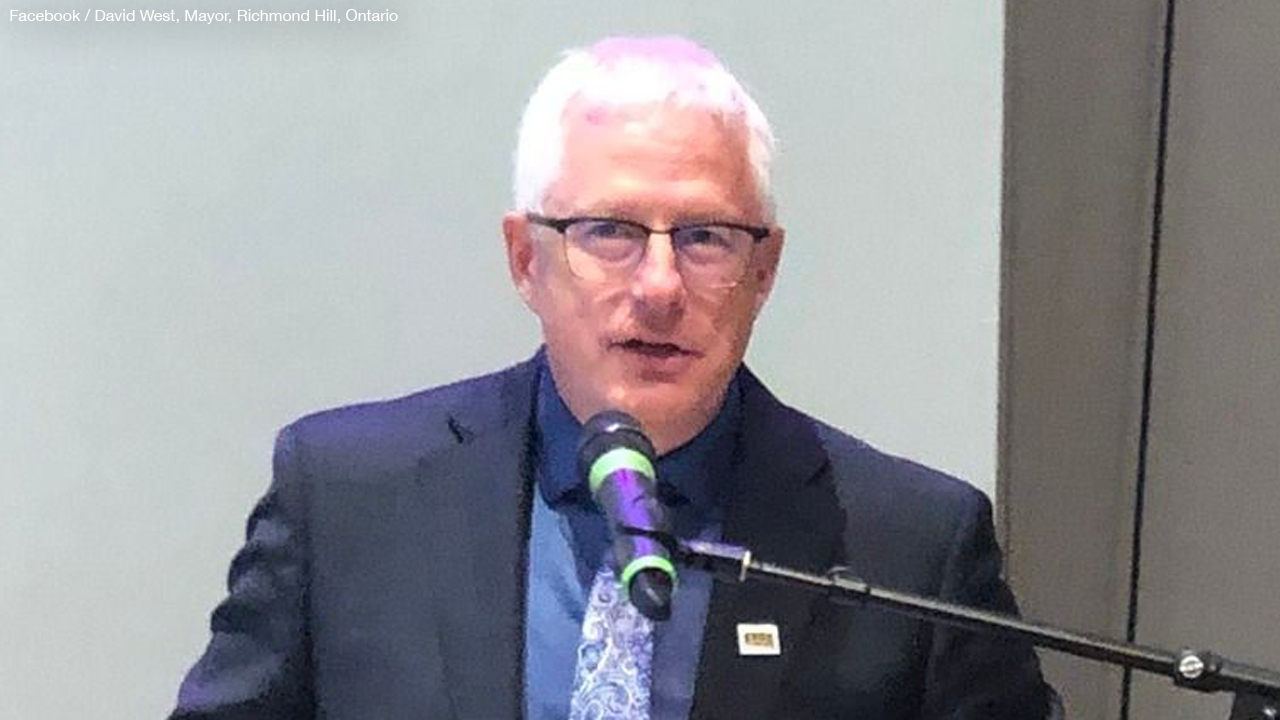 Last Saturday in Richmond Hill, Ont., a couple of protests went head-to-head. The first protest was staged by a group of farmers who slowly drove down Yonge Street in trucks, towing trailers that denounced the fact that Richmond Hill council is the latest entity to join in on the inexplicable war on the farm.

As we reported earlier this month, Richmond Hill has increased its stormwater management fees by 10,000%! (No, that is not a typo.)

That means at the Doner farm – one of the last remaining farms in Richmond Hill – their stormwater management fees will skyrocket from $147. 90 last fiscal year to a whopping $14,904.84 for the fiscal year to come.

It gets worse: Paul Doner notes that he doesn’t even receive stormwater management service. In fact, the City of Richmond Hill dumps stormwater onto Doner’s property with no compensation paid to him! So, the city is, in effect, exorbitantly billing Doner for a service HE must provide. How is this fair? How does this even make sense?

Indeed, according to 2021 year-end results, the stormwater fund saw a surplus of more than $131,000. So, what’s behind this increase? One rumour is that Mayor David West wants to raise money in order to fight climate change and this is one way of raising funds he so covets. Of note: Mayor West, in the name of “saving the planet”, also supports the banning of single-use eating utensils such as plastic knives, forks, and spoons – even though we have caught him in the past using these items, not to mention polystyrene bowls for his soup. Yet again, one law for me, one law for thee… (We reached out to Mayor West, but he declined to respond.)

At one point, some sparks began to fly as the farmers’ protest co-mingled with another protest that was put on by a group called A Better Richmond Hill.

While most demonstrators inexplicably did not want to be interviewed, according to A Better Richmond Hill’s website, the group’s core values criteria are as follows:

However, we ponder if there is some political motivation at play here, too. Last week, A Better Richmond Hill placed a full- page ad in the tragically named local newspaper, The Richmond Hill Liberal. The ad urged residents not to vote for councillors Greg Beros, Tom Muench, and Carmine Perrelli (reasons ranged from their opposition to online voting to allegedly the interests of developers over residents.)

Still, one commonality is this: the three aforementioned councillors are all right of centre (and, of note, voted against the huge increase in stormwater management fees.)

Also, if there is one councillor that should be denounced in Richmond Hill council it is surely Karen Cilevitz. She is a convicted fraudster, has numerous ethics code violations, bullied a cancer survivor, and she tends to launch lost cause lawsuits against people she disagrees with. And yet, there is no denouncing this criminal because… she’s a leftist?

In any event, it would have been good to interview Mayor West at this dueling protest event, but, as usual, he was a no-show. And apparently, he had better things to do than to address farmers in his city who are being taxed out of existence.