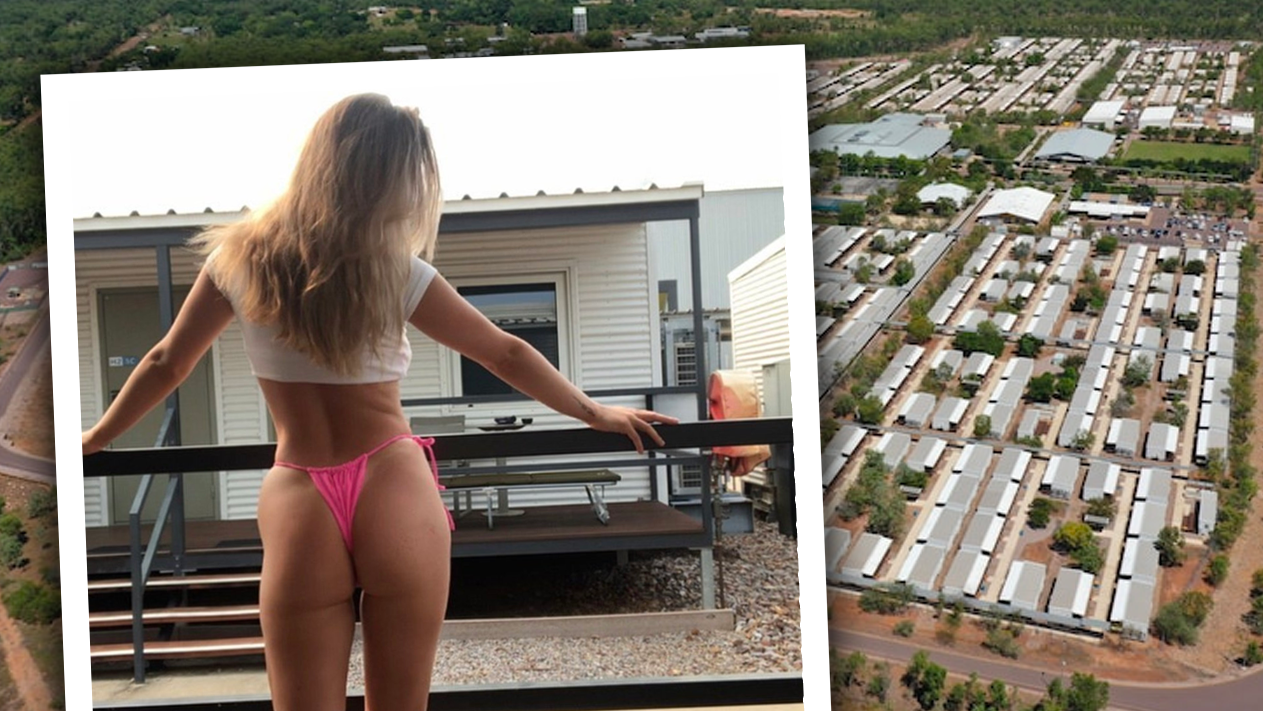 Despite all the positive press from celebrities, politicians, activists, and social influencers – three people have scaled the perimeter fence of the Howard Springs quarantine facility and disappeared before being caught moments ago.

A large team of police are currently searching for the trio, with masked officers stopping and searching vehicles at roadblocks.

They escaped from the Centre of National Resilience at around 4:40am on Wednesday, although it is unclear at this point whether they are international arrivals or members of the Aboriginal community brought in by the army last week from remote areas of the Northern Territory.

This is the second incident inside a week, after a 27-year-old man also escaped and fled in a waiting vehicle. That man was later captured, returned, and tested negative for Covid. A 33-year-old woman also managed to abscond in January and was fined $5,000.

Health authorities have confirmed that there is an active case of the Omicron variant currently housed at Howard Springs.

A spokeswoman from Northern Territory Health said that she was not sure how many people were currently housed in the quarantine facility at Howard Springs.

Frequent escapes – both from the quarantine centre and remote villages – has brought Australia under international scrutiny regarding the treatment of Indigenous people.

Independent journalist and social commentator Tim Pool has been locked in an online battle with Quillette founder Claire Lehmann over the incident.

“It might be pleasant, with air con, nice food & free wifi, you might not be forced to go there just given the option if you can’t isolate at home, you might be able drink beer & watch Netflix for 2 weeks while getting paid by the govt, but did you know it’s literally Auschwitz?” said Lehmann.

“Because of conspiracy theorists Maajid Nawaz and Tim Pool, Amnesty International UK were tricked into promotion false information, which they’ve since had to retract and apologise for,” added Lehmann, on a recent post.

“False information spreads like wildfire. When influencers from large countries (US, UK, Russia and China) spread disinfo about small countries, there’s virtually no way of fighting back. There’s an inherent asymmetry in information warfare which is being exploited by bad actors.

“I used to think Noam Chomsky’s “Manufacturing Consent” was overwrought, but it’s not. A large country would be able to justify/legitimise the invasion of a small country in the space of a week using the digital tools we have today.”

Because of conspiracy theorists Maajid Nawaz and Tim Pool, Amnesty International UK were tricked into promoting false information, which they've since had to retract & apologise for. https://t.co/WGgJ8jIFpU

Ironically, ‘invasion of a small country by a large one’ is exactly what has drawn international criticism to the issue, with Australian authorities swarming Aboriginal towns and placing them under harsh lockdown. In Western Australia, a similar situation is unfolding where Aboriginal people have been told that they will not be able to participate in community sport, shop, or leave their area if they are not vaccinated, leaving them with very little free choice regarding their personal health.

“The Government announced Indigenous people are now under hard lockdown, they can only leave their homes for medical emergencies. They are putting out videos calling for help amid reports of relocations to camps. But these hot babes forced into quarantine are happy so it’s alright,” said Tim Pool.

Tim Pool was referring to the Instagram hashtag where young women at the camp have been posting selfies of themselves lounging in swimwear.

While some people are perfectly happy to be placed in quarantine facilities, others were taken from remote communities as confirmed by the Northern Territory’s Chief Minister, Michael Gunner. Lockdown regulations prevent residents from leaving their homes unless they are getting tested for Covid, being vaccinated, or seeking urgent medical assistance.

Conspiracy theorist Tim Pool is a spreader of fake news.

He hasn’t spoken to a single indigenous Australian in the Katherine region to attempt to verify the claims he has made.

Are indigenous people even real to him? Can he even point to Katherine on a map? pic.twitter.com/2JdYLd8SWI

Claire Lehmann is one of the worst public figures on Twitter. Total traitor to freedom. Absolute sellout. Gross https://t.co/3OPCArbrvV

It appears both sides of the discussion feel as though they are acting for the ‘greater good’ for the communities involved. Public opinion will likely remain divided on the issue of having the ADF remove people from their homes – be they Indigenous or otherwise – into compulsory quarantine facilities for a virus that is considered endemic.

Especially if those people keep trying to escape.