Trump's NFT collection gets derided by both supporters and critics

The cards, which cost $99 each, feature poorly imposed images of Trump’s face on the bodies of figures like astronauts, fighter-pilots, and cowboys. 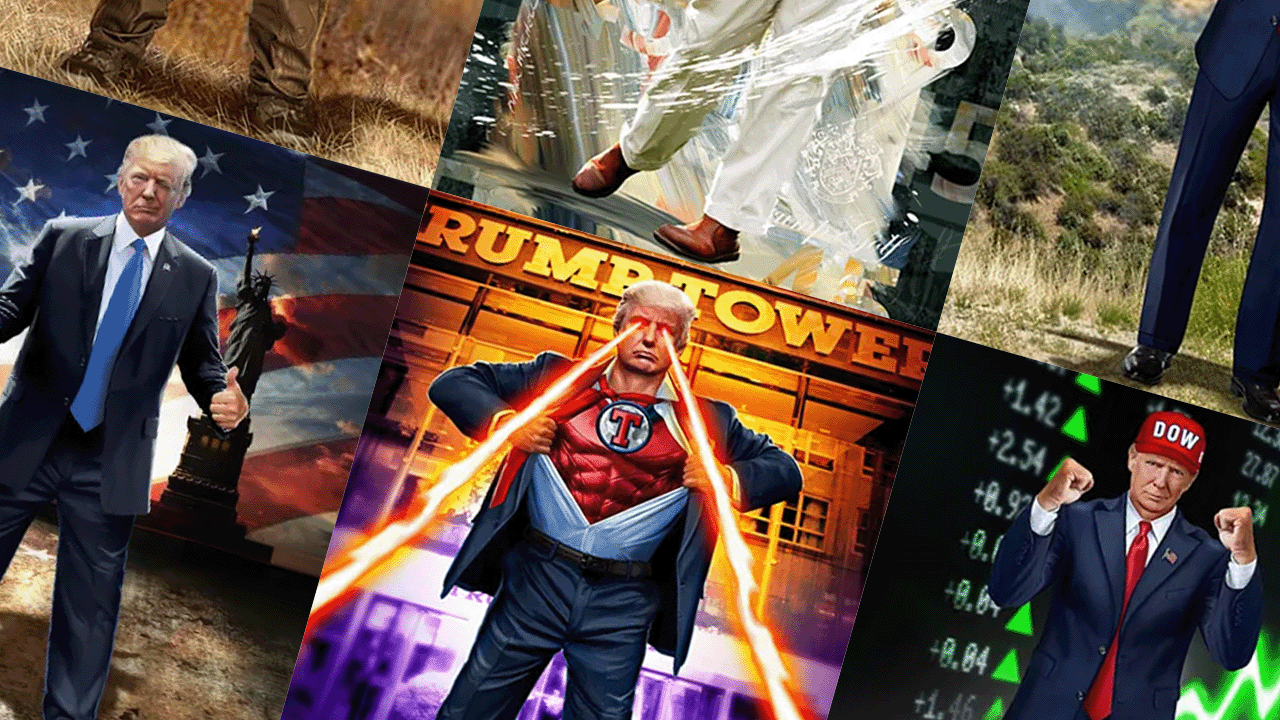 The release of Donald Trump's NFTs on Thursday was met with a mix of shock, awe, and confusion. After teasing the day before that he would have big news, the former president revealed he was releasing a set of collectible digital trading cards featuring himself.

The cards, which cost $99 each, feature poorly imposed images of a cartoon Trump face on the bodies of figures like astronauts, fighter-pilots, and cowboys. With each purchase, buyers get a chance to win a Trumpian getaway—along with a chance to meet the former president.

“For the first time ever, collect your own rare digital collectible trading card by president Trump,” the website says.

Trump's big announcement isn't that he's coming back to Twitter or anything of significance. He's just launching NFTs. pic.twitter.com/0UTpMQ2Md5

Donald Trump said he had a big announcement for today.

The announcement was a new NFT project on Truth Social, $DWAC. pic.twitter.com/TMfvsH1wk6

The NFTs have been met with criticism, with some calling it a bad idea and a sign of grift. But others have praised the move, with a source close to Trump calling the digital trading cards “badass” and their favorite card being the boxing NFT with fire in the background. 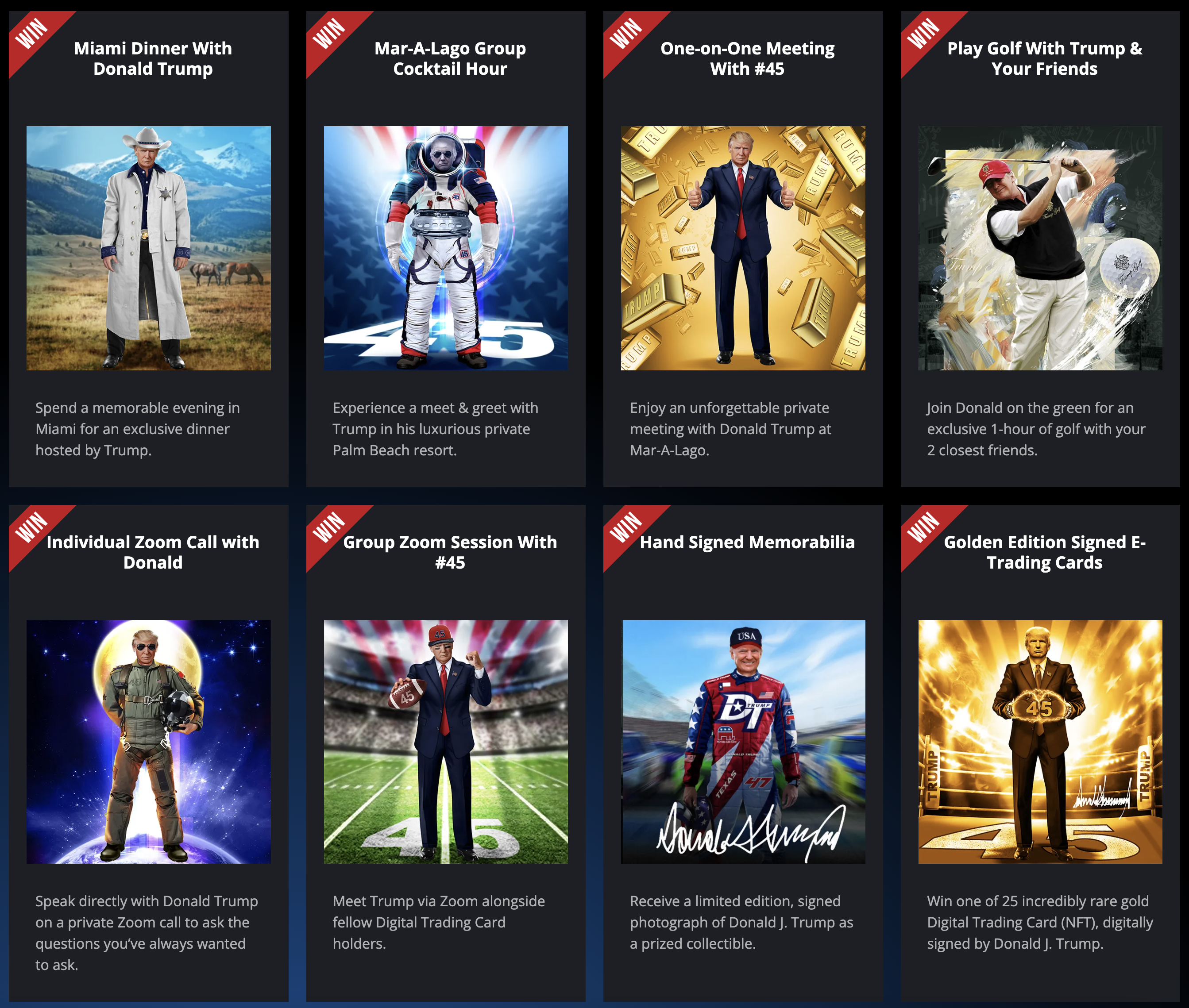 “To me, this is another pop culture moment delivered by Donald Trump,” the source said, the Daily Beast reported. “We’ve seen it for decades.”

Others pointed out that the former president’s skewed priorities are hampering his chances for his 2024 run for office.

“Hard truth time: This is not good. We’re facing a threat to civilization from far left Marxist extremists. Teasing NFT cards as a major announcement is not the kind of fight people want to see now. These are dark times. Love the guy but this turns many off,” wrote Robby Starbuck.

“The 2024 Republican primary will come down to a choice between the Governor of Florida and a prominent NFT salesman,” wrote Will Chamberlain. “Trump should just embrace being an NFT salesman and hanging out with his grandkids. No need for this time-consuming 2024 campaign.”

Whether the Trump NFTs will be a success or not remains to be seen. But one thing is for sure: Donald Trump is still making waves in the world of pop culture.