Out with the Wolfsangel and in with the unicorn. The infamous neo-Nazi regiment of Ukraine's military dropped their fascist imagery while other soldiers adopted a pride-themed patch of their own. 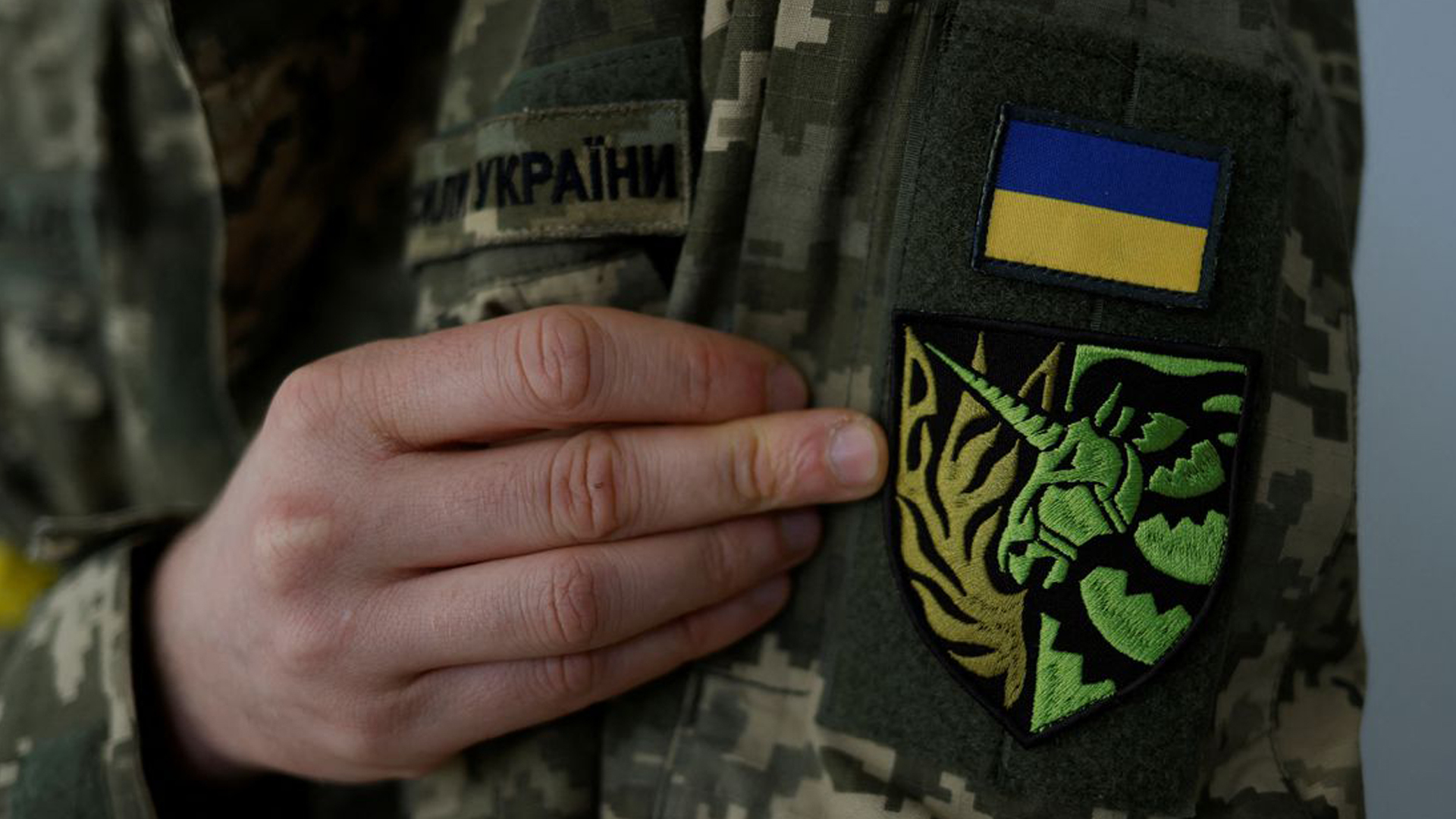 After The Times ran an article explaining how the Azov Battalion has dropped their neo-Nazi insignia, which is supposedly “exploited by Russian propagandists”, Reuters is now promoting a new 'unicorn' LGBTQ patch.

What's the need for this? https://t.co/v60PcFgzMD

Writing in an article on 30 May, the Times claimed that the Azov Battalion, a neo-Nazi militia currently fighting alongside Ukraine's national guard in the eastern Donbas region of the country, have dropped their insignia, the Wolfsangel, a medieval German symbol that was adopted by the Nazi party during the Second World War.

The story from the Times also suggests the symbol “has helped perpetuate Russian propaganda about Ukraine being in the grip of far-right nationalism”.

The Wolfsangel insignia has been used by the Azov Battalion since 2014.

Now, in a strange turn of events, a new patch has emerged after the dropping of the Wolfsangel.

According to Reuters, in a story titled “Ukraine's 'unicorn' LGBTQ soldiers head for war”:

As volunteer fighters Oleksandr Zhuhan and Antonina Romanova pack for a return to active duty, they contemplate the unicorn insignia that gives their uniform a rare distinction - a symbol of their status as an LGBTQ couple who are Ukrainian soldiers.

The article states that:

Zhuhan and Romanova, who identifies as a non-binary person with she/her pronouns and moved to the capital from Crimea after being displaced in 2014, met through their theatre work.

Neither was trained in the use of weapons but, after spending a couple of days hiding in their bathroom at the start of the war, decided they had to do more.

“I just remember that at a certain point it became obvious that we only had three options: either hide in a bomb shelter, run away and escape, or join the Territorial Defence (volunteers). We chose the third option,” Romanova said.

The practise harks back to the 2014 conflict when Russia invaded then annexed the Crimean Peninsula from Ukraine, “when lots of people said there are no gay people in the army,” actor, director and drama teacher Zhuhan told Reuters as he and Romanova dressed in their apartment for their second three-month combat rotation.

“So they (the lesbian, gay, bisexual, transgender and queer community) chose the unicorn because it is like a fantastic 'non-existent' creature.”

As volunteer fighters Oleksandr Zhuhan and Antonina Romanova pack for a return to active duty, they contemplate the unicorn insignia that gives their uniform a rare distinction - a symbol of their status as an LGBTQ couple who are Ukrainian soldiers https://t.co/deLTRANpjA pic.twitter.com/eN0PdsNNAD

My question is, what is the need in revealing to the enemy, and the other soldiers you're fighting along side, who you're sleeping with? What's the need for this?

And fighting alongside the Azov Battalion, will they be accepting of this new insignia or these individuals lifestyle?