The heavy economic sanctions imposed on Russia for the country’s invasion of Ukraine has taken a toll on the daily lives of average Russians. 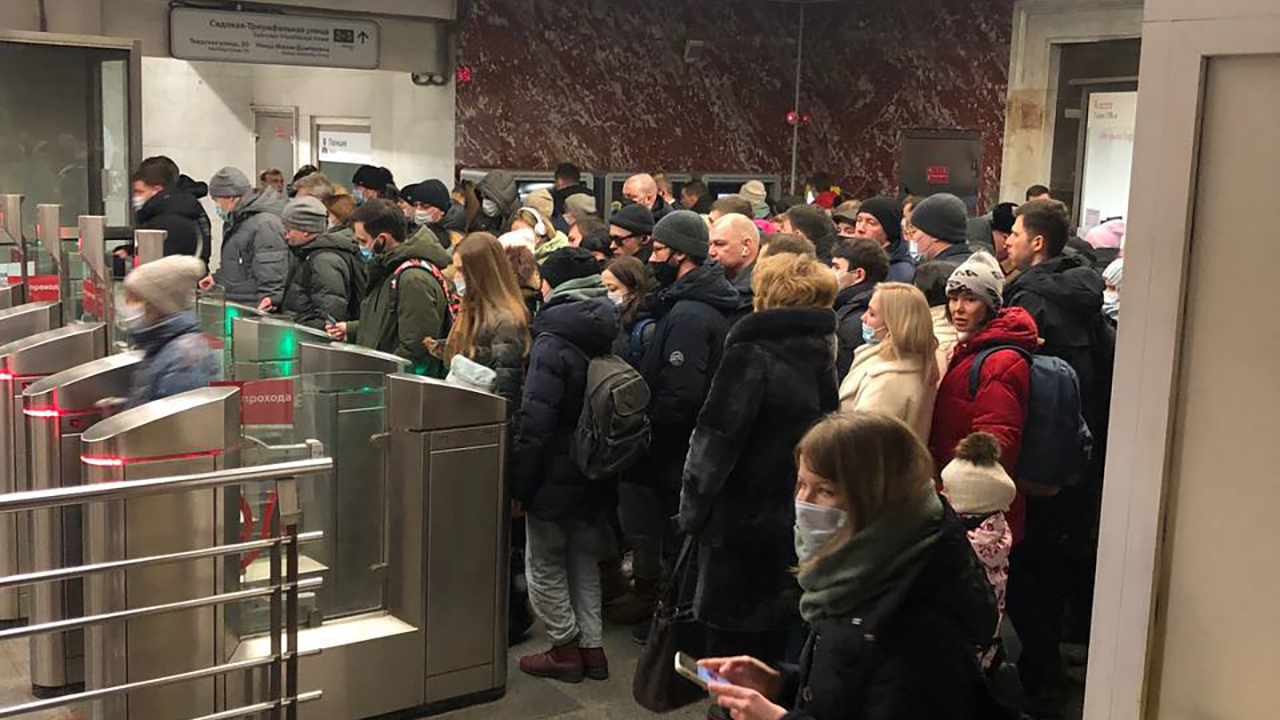 Many westerners refuse to distinguish the Russian government from its people, and have aimed their ire at Russians for the ongoing war in Ukraine. In an effort to dissuade Russian President Vladimir Putin from continuing the invasion, sanctions affecting the Russian economy are beginning to have an impact on the day-to-day lives of average Russians.

Big Tech giants Apple and Google have opted to block their services to Russians following the Biden administration’s efforts to put the squeeze on the Russian economy. The move to suspend certain services used by Russian citizens is now causing chaos in the Moscow metro system.

Russians who try to use Apple Pay and Google Pay, which they have used daily since their implementation years ago, to access the Russian transit system are now finding themselves blocked.

Details of the system failure were posted on social media by Irish journalist Jason Corcoran, which shows scores of people struggling to pass the turnstile as many fumble around their wallets for physical cash.

Apple Pay and Google Pay no longer work on Moscow's metro system, leading to long queues as people fumble about for cash pic.twitter.com/ezaLZneKiJ

The heavy economic sanctions imposed on Russia for the country’s invasion of Ukraine has taken a toll on the daily lives of average Russians.

Russian bank cards are now being prohibited from using a wide variety of payment services, such as Samsung Pay, Google Pay, Apple Pay, and others.

U.S. payment firms Visa and Mastercard have also blocked numerous Russian banks from conducting transactions — affecting numerous citizens who use the payment systems for groceries and other daily necessities.

“Customers at a number of banks in Russia can no longer use their bank cards with Google Pay and Apple Pay due to newly-imposed financial sanctions on the country,” The Verge reported, adding that such payment methods are still less popular in Russia than they are in the West.

“While customers can still use bank cards from these institutions within Russia, they’ll no longer work abroad or when making online payments to stores and services belonging to countries that issued sanctions on Russia,” the report added.

As western governments levy sanctions on the Russian economy, thousands of Russians have made bank runs to withdraw large amounts of cash to ensure that they have enough funds on hand to pay for their daily needs.

“Giving the keys of our lives to companies like Apple, Google, Facebook, Twitter, Amazon and the digital world is the biggest mistake for mankind,” said one Moscow resident who spoke to the publication.

Discrimination against Russians has also been increasing since the war began, with many Russian-born NHL players now dealing with threats and discrimination, ESPN reported.

Scholars too have been affected, including those critical of Russia’s president, who are now facing rejection letters and withdrawals of their grants on account of their Russian ethnicity.

“I'm so disgusted with rejection letters, invitation cancellations, grant withdrawals, etc. against Russian scholars from western academics who fight Putinism by attacking those who have suffered from it for decades,” wrote St. Petersburg-based academic Ilya Matveev.

“So encouraging to come home after being chased by riot police and discover that you were excluded from some space/platform b.c. 'you've done too little'. Who are you to judge? You've never risked anything in your life and this costs you nothing,” he continued.

“'It's not about you, it's about the institutions'. And who would teach students and tell them the truth if we abandon the universities? Oh I understand — who cares about Russian students and Russians in general, they're all orcs from Mordor more or less, right?”

“Irresponsible, indifferent, self-righteous hypocrites. Thanks for all the solidarity guys, so grateful that you've done your part,” Matveev concluded.