Amy Coney Barrett: Supreme Court is not “a bunch of partisan hacks”

The justice said that the media, along with "hot takes on Twitter," lack context in reporting on court decisions. 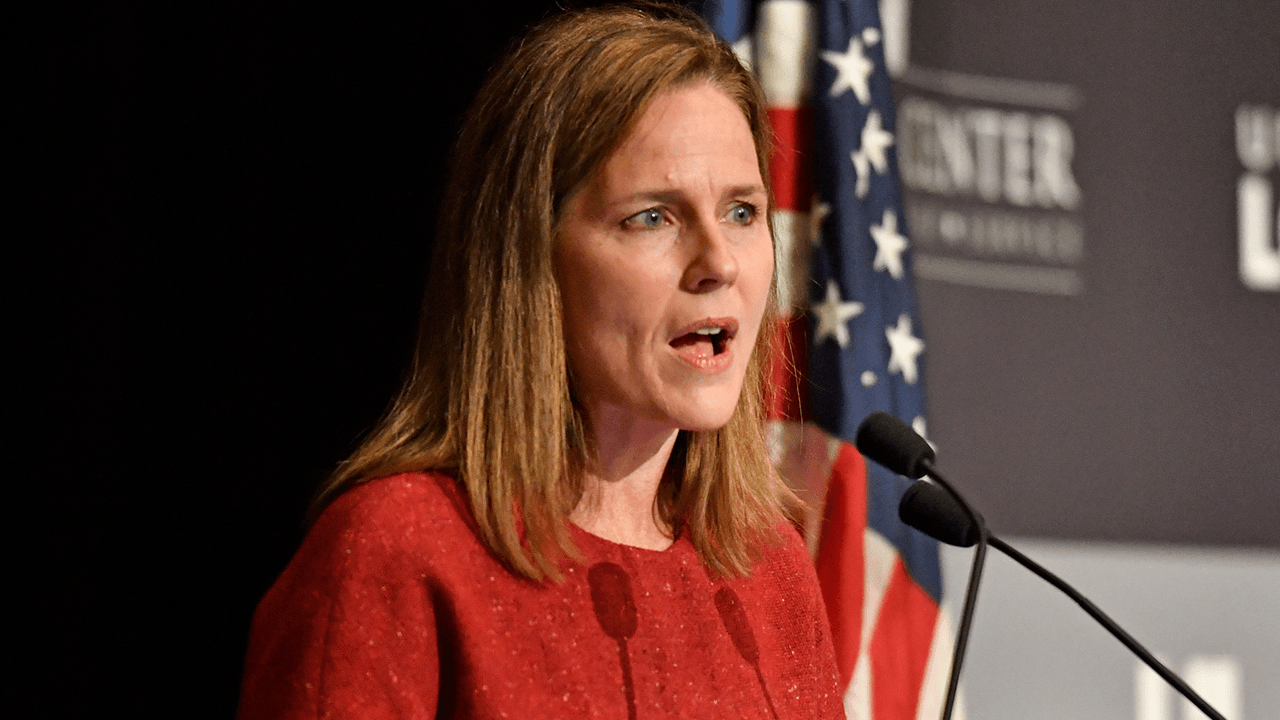 Supreme Court Justice Amy Coney Barrett expressed fears that the court is being increasingly portrayed as a partisan institution by social media and the press, emphasizing that the judges must exercise vigilance so that they do not allow personal biases to cloud their judgment.

“My goal today is to convince you that this court is not comprised of a bunch of partisan hacks,” said Barrett at a lecture at the University of Louisville’s McConnell Center, the Courier Journal reported.

“Judicial philosophies are not the same as political parties,” said the judge, citing a number of cases where the Supreme Court did not vote along party lines as the public might have expected.

The Trump appointee said that “the media, along with hot takes on Twitter, report the results and decisions,” noting that such contextless reports “makes the decision seem results-oriented” and “leaves the reader to judge whether the court was right or wrong, based on whether she liked the results of the decision.”

Barrett was introduced by Sen. Mitch McConnell, who founded the university centre and played a primary role in her appointment by President Donald Trump during the last months of the Trump presidency. Barrett was confirmed by the Senate in a 52-48 vote.

“And here’s the thing: Sometimes, I don’t like the results of my decisions,” the Supreme Court justice added. “But it’s not my job to decide cases based on the outcome I want.”

Barrett made her remarks amid a growing political divide across the United States. The justice herself faces scrutiny over her recent rulings on the abortion law in Texas. Both the media and the Democrats took to condemning Barrett and fellow Trump appointee Brett Kavanaugh as right-wing partisan actors. At the time she was appointed, protestors took to comparing Barrett to a “Handmaid” from the popular TV series about the oppression of women, The Handmaid’s Tale.

According to Politico, Barrett also emphasized that Supreme Court justices should be “hyper vigilant to make sure they’re not letting personal biases creep into their decisions, since judges are people, too.”

“To say the court’s reasoning is flawed is different from saying the court is acting in a partisan manner,” said Barrett, who was added to the court following the death of Justice Ruth Bader Ginsburg. “I think we need to evaluate what the court is doing on its own terms.”

In early September, the Supreme Court denied abortion providers’ requests to block a Texas “heartbeat bill” that bans abortions after a fetus’ heartbeat is detected — or around six weeks. As detailed by the Daily Caller, the court will soon consider a Mississippi law banning abortions after 15 weeks.

Democrats wholly opposed Barrett’s nomination in September 2020, arguing that the position should have been filled by the winner of the 2020 election and not then-President Trump.