Audience member kicked out of Q+A studio for controversial question 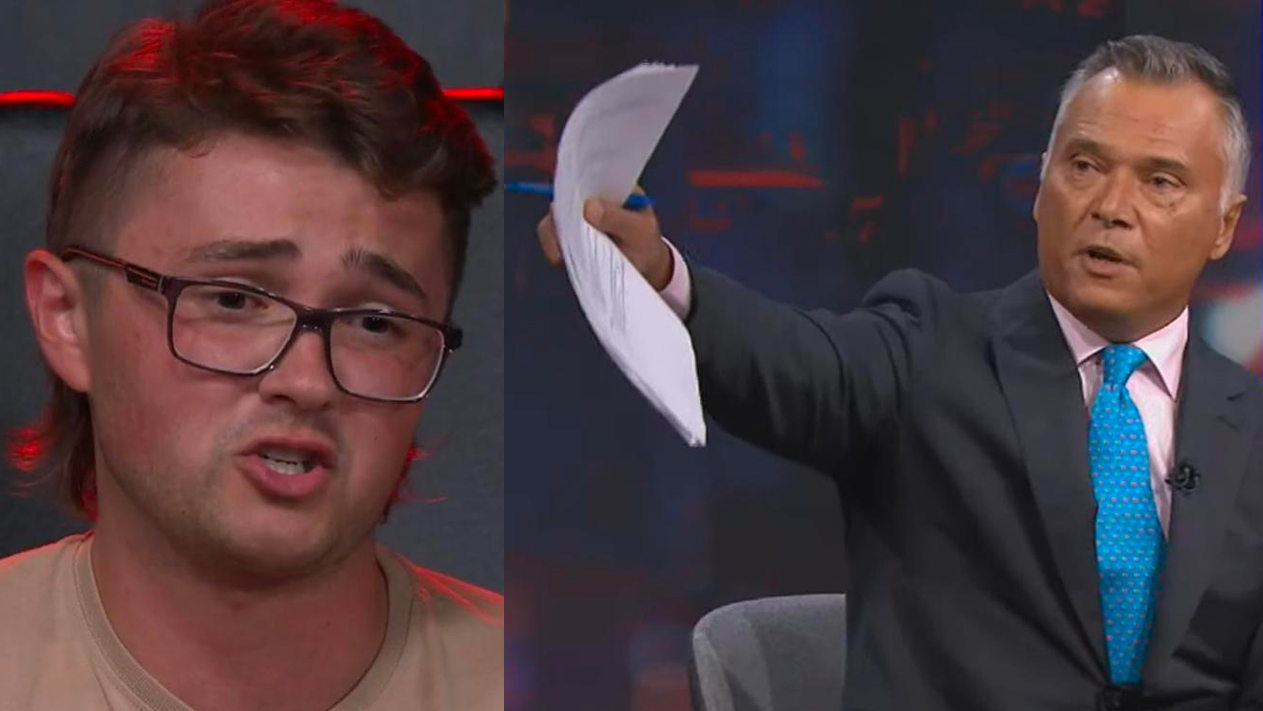 Things got awkward over on the ABC’s Q+A when host Stan Grant asked one of the audience members to leave the room after asking a question and making statements in support of Russia’s invasion of Ukraine.

Guest and student from the University of Melbourne Gillies-Lekakis asked the panel on live TV, “As someone who comes from the Russian community here in Australia, I’ve been pretty outraged by the narrative depicted by our media, with Ukraine as the good guy and Russia as the bad guy. Believe it or not, there are a lot of Russians here and around the world that support what Putin’s doing in Ukraine, myself included.”

Wow. This is what censorship looks like in real-time, live on air.

Agree or disagree, have the debate.

Kicking out a man who clearly knows more about the conflict than the presenter only makes viewers question the narrative further.

He further went on to claim that Ukraine’s government had ‘besieged’ Donetsk and Luhansk killing 13,000 people – a claim that has been debunked and is considered Russian propaganda.

The show went on for 20 minutes after the awkward question was all-but avoided by the host until Stan Grant stopped the show and asked Gillies-Lekakis to leave the studio.

“Sasha’s question earlier about Russia has been playing on my mind,” said Stan Grant. “Sasha, people here have been talking about family who are suffering and people are dying and I understand you wanted to ask your question – about is there some reasoning for this? But you supported what’s happening, hearing that people are dying. Can I just say that I’m not comfortable with you being here. Could you please leave?”

To which the Q+A audience cheered.

Gillies-Lekakis tried to reply, but Stan Grant shut him down and insisted that he leave the studio.

“These things happen. It’s live television. You think about these things. It’s really been troubling me. We can have a conversation, and we can look at where the arguments are, and we can try to look at the sides of the argument. We can’t have that [advocating violence].”

After which, the student was evicted from the studio.

He later went on to Facebook to defend his question, asked during Q+A.

In a post titled, STATEMENT FOLLOWING QANDA 03/03/2022, THAT HAS BEEN SENT TO THE ABC REGARDING MISREPRESENTATION AND AUDIENCE TREATMENT – Sasha wrote the following:

I would just like to say that, following my appearance on QandA on 03/03/2022, I am aware that there has been a lot of controversy surrounding certain statements I made and the position I took regarding the Russia-Ukraine situation. I am unequivocally against war and the loss of any lives, be they Ukrainian, Russian, or any other, and want to be clear that I made no statements indicating anything to the contrary – I made no direct statement sanctioning violence or conflict.

I was hoping to make the point that I support Putin’s grievances regarding the breaking of the Minsk Peace Agreement by the Ukraine, and the ensuing loss of life, particularly in the Russian-populated areas of the Donbas. My question, furthermore, sought to question why these Russian deaths were seemingly less important compared to Ukrainian casualties in our media coverage, and whether the panellists thought there was any hypocrisy in their positions as a result. This is reflected in my question as published on the QandA website. Unfortunately, I was unable to fully finish asking my question nor clarify myself despite trying, and so believe that my words were misrepresented and incomplete.

The region has a long and complex history involving many peoples and the only way lasting peace can be achieved is through fostering genuine understanding and empathy on all sides. Such understandings cannot be achieved by creating simplistic media narratives of ‘good’ and ‘evil’ or, for that matter, by deliberately misrepresenting others or denying them a chance to speak and be part of the discussion. I would like to say that I had no intention whatsoever of offending anyone, and so would like to sincerely apologise for any distress my comments may have caused.

I would like to note that, following my departure from the QandA studio, Stan Grant made the claim that my question was ‘unvetted’. I would like to state that this simply is not true. I submitted my question to the QandA team via their online submission portal, was told to edit my question via email, and then once again in the studio, shortly before the program began. The only addition I made to my question when actually delivering it was my reference to the Azhov Battalion (7-8 words roughly), and some sentences were left out towards the end as I was interrupted. If this small change to my question amounts to it being ‘rogue’, as was claimed, once again I apologise. However, I find this difficult to reconcile with the fact that other guests were given the chance to speak at length, off-script, on the Russia-Ukraine situation, including the first guest questioner. Given that I made changes in line with the ABC’s request, I find Mr. Grant’s statements following my departure, and the fact that I was asked to leave the program, disappointing and unprofessional.

I am genuinely sorry that things took the turn they did, as previously mentioned. However, at the same time, an acknowledgement of the ABC’s questionable conduct would also be appreciated – if my question was not appropriate for the show after being vetted and edited, I wonder why I was invited at all.

Other members of the audience were distressed by Gillies-Lekakis’ comments, especially those that have family and friends in Ukraine. They explained that they were fighting for the freedom of Ukraine against Russian aggression.

Public opinion on Ukraine and Russia remains split, with more people supporting Putin in the wider population than expected, with most citing something along the lines of, ‘MSM lied to us about Covid, and they are lying about Russia’ as way of explanation.