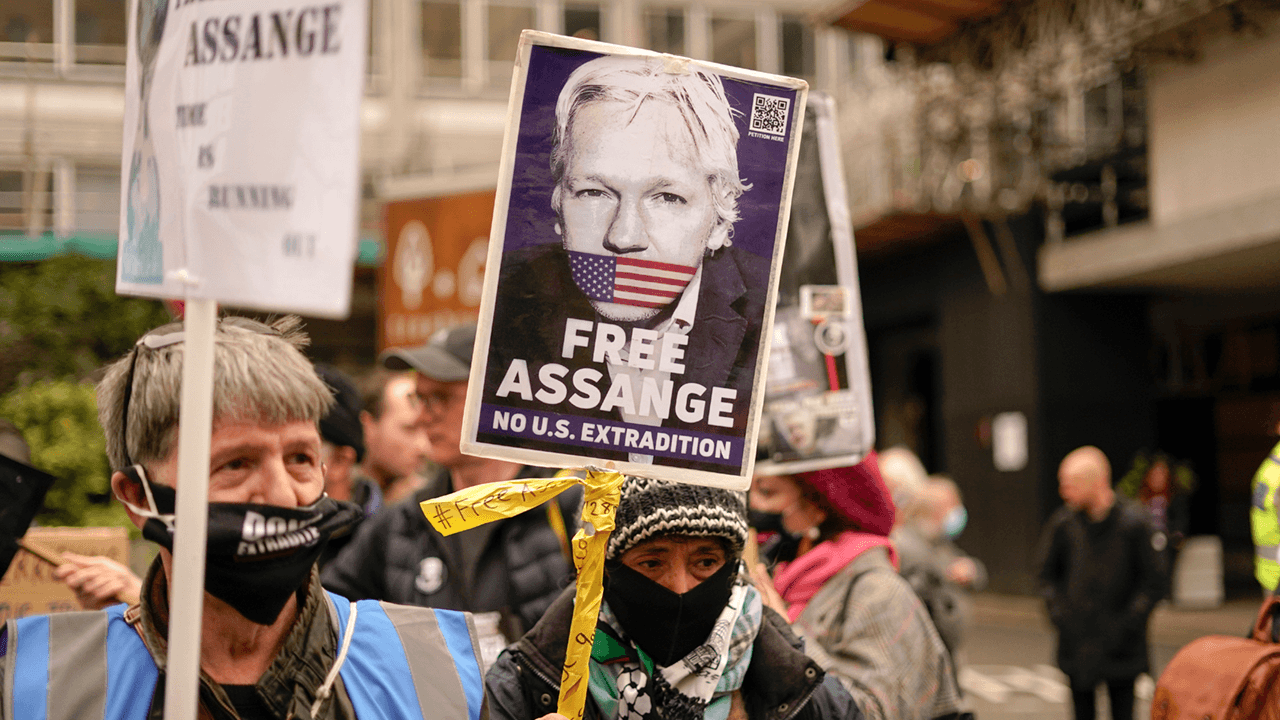 The Biden administration has formally requested Britain to permit the extradition of Wikileaks founder Julian Assange to the United States.

The petition calls for Britain’s High Court to overturn a judge’s decision that Assange not be extradited to the U.S. to face espionage charges. The Biden administration promised the High Court that Assange could serve any prison sentence he receives in his native country of Australia.

In January, a British lower court judge refused the United States’ request to extradite Assange on spying charges. The United States maintains that Assange had committed espionage prior to publishing secret military documents on Wikileaks that exposed the U.S. government's conduct during Operation Enduring Freedom in Iraq.

The Associated Press reports that District Judge Vanessa Baraitser refused Assange’s expedition on health grounds, arguing that the journalist would likely kill himself if he was held in an American prison.

Wikileaks whistleblower Chelsea Manning was infamously held in solitary confinement for months in a military prison prior to release. Manning’s sentence was subsequently commuted by former President Barack Obama in the final days of his presidency.

James Lewis, an attorney for the U.S. government, argued on Wednesday that the judge was wrong to conclude that Assange’s mental health was too fragile to withstand an American prison, arguing that the journalist “has no history of serious and enduring mental illness,” and was not at risk to himself.

The attorney said that the U.S. government promised not to hold Assange in a “supermax” prison or subject him to solitary confinement. If convicted, Assange would be allowed to serve his sentence in Australia, the lawyer said, adding that the assurances are “binding on the United States.”

“Once there is an assurance of appropriate medical care, once it is clear he will be repatriated to Australia to serve any sentence, then we can safely say the district judge would not have decided the relevant question in the way that she did,” he added.

Representing Assange in court, Edward Fitzgerald said that Australia had not made any such agreements to take Assange if he is convicted. He added that even if Australia agreed, the American legal process could take as long as a decade. He said that Assange would be forced to endure “extreme isolation in a U.S. prison” during that period.

Fitzgerald accused the United States of trying to “minimize the severity of Assange’s mental disorder and suicide risk.”

Assange is currently being held in London’s high-security Belmarsh Prison, and was slated to attend the hearing via video conference, but was forced to skip the proceedings after being put on a high dose of medication, his lawyer said.

The hearing set the stage for protestors who arrived en masse to voice their support for Julian Assange and included notable Chinese dissident Ai Weiwei, who told the Associated Press that the case “relates to our society, it relates to our freedom of expression, it relates to our individual human rights, and we have to watch the government.”

Assange’s partner, Stella Morris, told the press that she was concerned about Assange’s health, saying it is “completely unthinkable that the U.K. courts could agree” to extradition.

“I hope the courts will end this nightmare, that Julian is able to come home soon and that wise heads prevail,” Morris added.