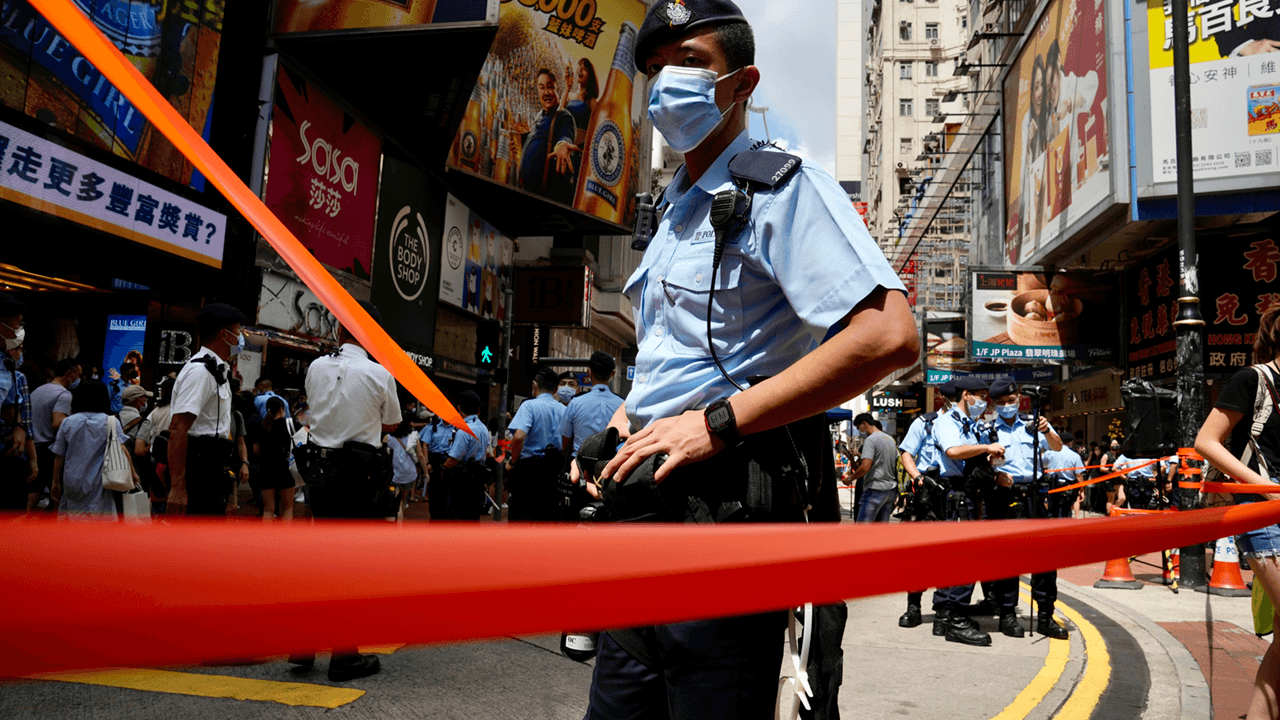 The Biden administration is ramping up its efforts against China with a warning to American companies with operations in Hong Kong of risks that could be induced by the Chinese government’s control over the city-state.

In 2020, the Chinese Communist Party instituted the so-called Hong Kong National Security Law (NSL), which includes serious punishments for individuals guilty of acts of “secession” and “subversion.” The institution of the law, which first came to the public’s attention in 2019, prompted widespread protests. The law effectively guts individual freedoms for residents of Hong Kong who previously enjoyed the “two systems, one state” rule for over two decades since China’s takeover from British rule in 1997.

As noted in the Department of State’s 2021 Hong Kong Policy Act Report, the PRC’s imposition of the NSL on Hong Kong in June 2020 led to major structural changes that significantly reduced Hong Kong’s autonomy. As a result, business and rule of law risks that were formerly limited to mainland China are now increasingly a concern in Hong Kong.

Hong Kong authorities have arrested foreign nationals under the NSL, including one U.S. citizen. Those arrested may have travel documents confiscated and may be prevented from departing Hong Kong. Additionally, the Legislative Council passed an amendment to immigration law on April 28, effective August 1, which could potentially allow Hong Kong authorities to place exit bans on individuals seeking to depart the country, including non-residents.

It adds that the NSL “introduced a heightened risk of PRC and Hong Kong authorities using expanded legal authorities to collect data from businesses and individuals in Hong Kong for actions that may violate ‘national security,’” adding:

Hong Kong authorities have, to date, interpreted “national security” to include participating in primary elections, calling for political steps specifically protected by the Basic Law, posting opinions on social media, and meeting with members of the diplomatic community.

The NSL empowers Hong Kong law enforcement to conduct searches, including of electronic devices, for evidence in national security cases, and the NSL permits Hong Kong law enforcement to require Internet service providers to provide or delete data and other information relevant to national security cases, both without judicial oversight. Furthermore, businesses and individuals should be aware that the NSL authorizes the Office for Safeguarding National Security, which is staffed by PRC security services, to collect data in Hong Kong.

The Biden administration’s warning comes as tensions between China and the United States rise over China’s threatening maneuvers against the independent sovereign state of Taiwan and an expansion of its naval fleet into the South China Sea.

In a recent speech commemorating the Chinese Communist Party’s 100th anniversary, President Xi Jinping declared that the country must “take resolute action to utterly defeat any attempt toward ‘Taiwan independence’” and called for a reunification with the island.