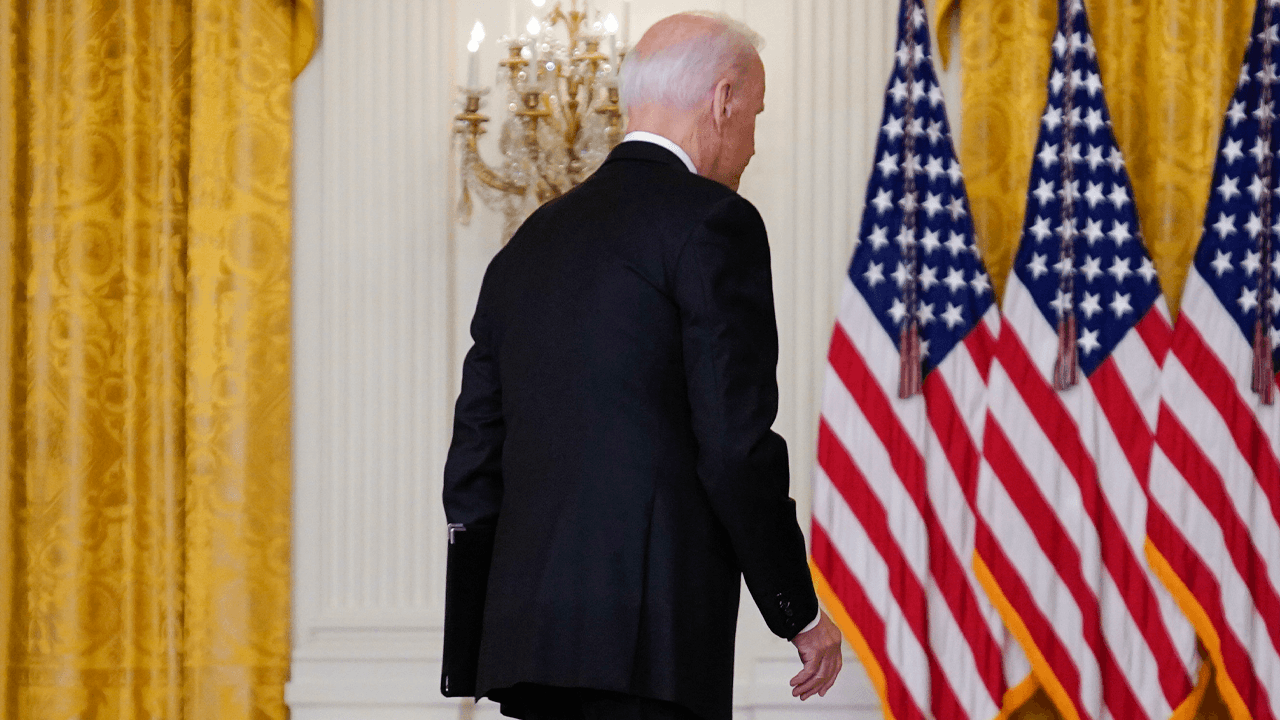 President Joe Biden’s popularity is plummeting in the polls amid the disastrous pullout of U.S. military forces from Afghanistan, which prompted the rapid takeover of Afghanistan’s cities, including its capital city of Kabul. The sudden, and uncoordinated departure of U.S. forces at Biden’s command has left an estimated 5,000 to 10,000 American citizens and tens of thousands of Afghan allies who supported the war effort stranded in the Taliban-dominated country.

According to numerous separate polls following the pullout, Biden’s average approval rating has dropped below 50% for the first time since he took office. FiveThirtyEight rated him at 49.8% approval with a 44% disapproval rating, while RealClearPolitics had Biden at 49.4% According to Politico, Biden has enjoyed a peak approval rating of 55.8% during his presidency.

Similarly, a new Ipsos/Reuters poll conducted on Monday found Biden’s approval rating to be as low as 46%, dropping some seven percentage points. The numbers put Biden at the lowest point in his presidency.

Rasmussen reported on Tuesday that its Presidential Tracking Poll found nearly 45% of voters approved of Biden’s job performance, dwarfed by 54% of Americans who disapproved of how he handled the situation.

“Biden's popularity dropped as the Taliban entered the capital, Kabul, wiping away two decades of U.S. military presence that cost nearly 1 trillion taxpayer dollars and thousands of American lives,” Reuters reported, noting however that the majority of both Republican and Democrat voters supported the overall decision to withdraw from Afghanistan.

Reuters noted Biden’s remarks in July in which the president confidently claimed that the Afghan forces would be able to fend off an insurgency by the Taliban.

“A separate Ipsos snap poll, also conducted on Monday, found that fewer than half of Americans liked the way Biden has steered the U.S. military and diplomatic effort in Afghanistan this year. The president, who just last month praised Afghan forces for being ‘as well-equipped as any in the world,’ was rated worse than the other three presidents who presided over the United States’ longest war,” Reuters reported, reporting that a mere 44% of correspondents had rated Biden’s performance in Afghanistan “good.” In comparison, 51% of Americans thought former presidents, including Donald Trump, Barack Obama, and George W. Bush, had done a good job.

The Reuters poll found that some 75% of Americans now support the decision to deploy additional troops to secure key facilities in Afghanistan until the evacuation is complete, and about the same number supported the evacuation of Afghans who helped Americans during the war.

“Approval of Biden's handling of Afghanistan is even lower than that of former President George W. Bush, who ordered the Afghanistan invasion and entrenched the United States in the costly and ultimately futile effort to foster new leadership in the country,” Reuters reported.