On the ninth anniversary of the Sandy Hook Elementary School massacre, President Biden focused on his efforts to pass gun control legislation. 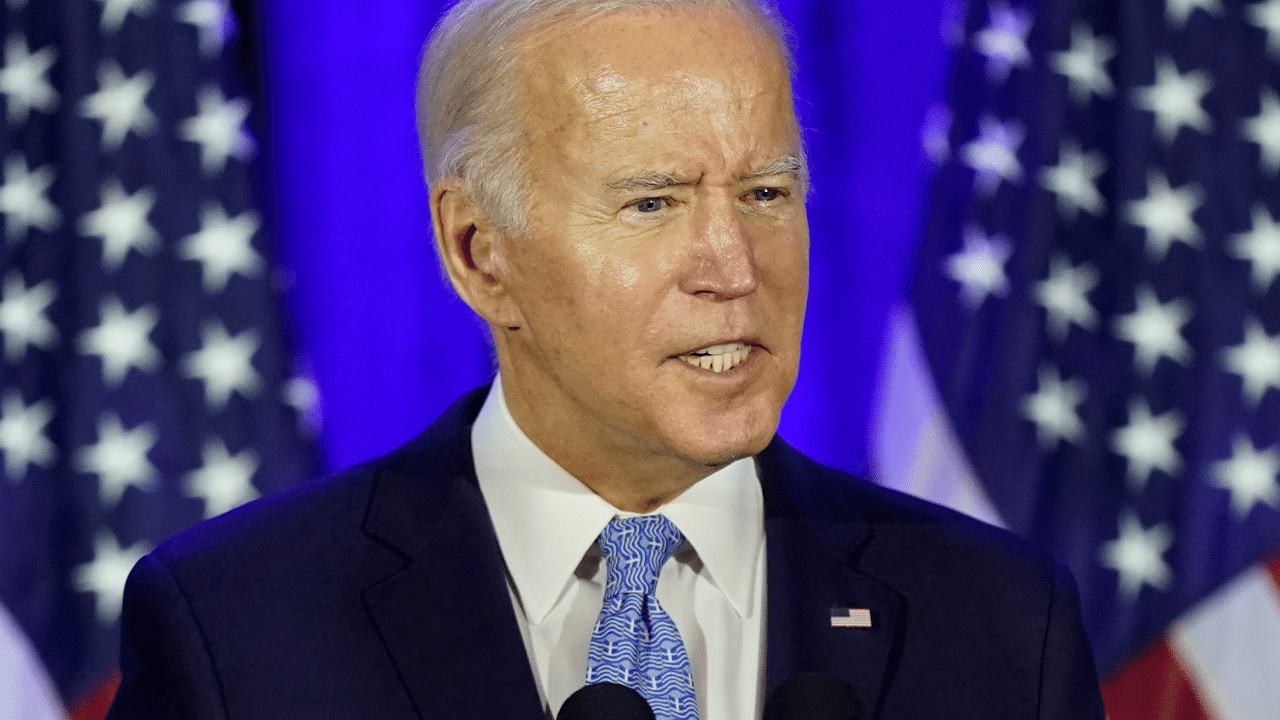 U.S. President Joe Biden is renewing his call for lawmakers to pass gun control legislation. On the ninth anniversary of the Sandy Hook mass shooting in Newtown, Connecticut, Biden said shooting incidents such as the one he was commemorating “embarrass us as a nation.”

“Nine years ago today, we lost 20 precious first-graders and six heroic educators at Sandy Hook Elementary School,” he tweeted, alongside a public address. “As a nation, we owe the families of Newtown — and all the other victims of gun violence — more than our prayers. We owe them action.”

Nine years ago today, we lost 20 precious first-graders and six heroic educators at Sandy Hook Elementary School. As a nation, we owe the families of Newtown — and all the other victims of gun violence — more than our prayers. We owe them action. pic.twitter.com/rfLywlcZUa

“Nine years ago today, the families in Newtown were hit especially hard,” Biden said in the speech. “No matter how long it’s been, every one of those families relives the news they got that day. Twenty precious first-graders, six heroic educators, a lone gunman, and an unconscionable act of violence. Everything that morning changed for you and the nation was shocked.”

The president noted that following the shooting, he and then-president Barack Obama actively worked on the passage of more than 20 executive orders restricting firearms and new gun control measures.

“We came close to legislation but we came up short,” Biden said. “It was so darn frustrating and it’s still frustrating now, for you and me and so many others.”

“In Parkland, Florida, and Oxford, Michigan, in countless communities across the country, there’s these horrific shootings that make national headlines and embarrass us as a nation,” Biden continued. “And for many others every day, particularly in black and brown communities, there’s the equivalent of a mass shooting we don’t even hear about.”

Biden said that the U.S. owes those affected by gun violence in the country the responsibility to act, noting that since the start of his administration, he has acted by “curbing the proliferation of ghost guns, cracking down on rogue gun dealers, promoting safe firearm storage.”

Biden also went into detail about the so-called American Rescue Plan legislation, which includes funding for states and cities to spend on gun reduction policies. He said that his budget calls for doubling funding on gun violence prevention research, including treating gun violence as a public health threat.

The president punctuated his call with a demand for the U.S. Senate to pass three bills he said would help further his agenda against gun violence.

“One requires more extensive background checks for gun sales,” he said. “One is to keep guns out of the hands of more abusers. And my Build Back Better legislation, which would make a landmark $5 billion investment in community violence prevention and intervention programs to support trusted leaders who work directly with people who are most likely to commit gun crimes or become gun victims, before it’s too late.”

Biden bragged that he “helped beat the [National Rifle Association] with your help, twice. It can be done again,” he said. “We have to keep up the pressure.”

Since his inauguration in January, Biden has called for an “assault weapons” ban, and a ban on “high-capacity magazines.” He also demanded laws criminalizing private gun sales, and allowing the FBI to extend a hold on the transfer of private firearms.