Biden earlier claimed that he would be willing to lose his presidency over the Afghanistan strategy. 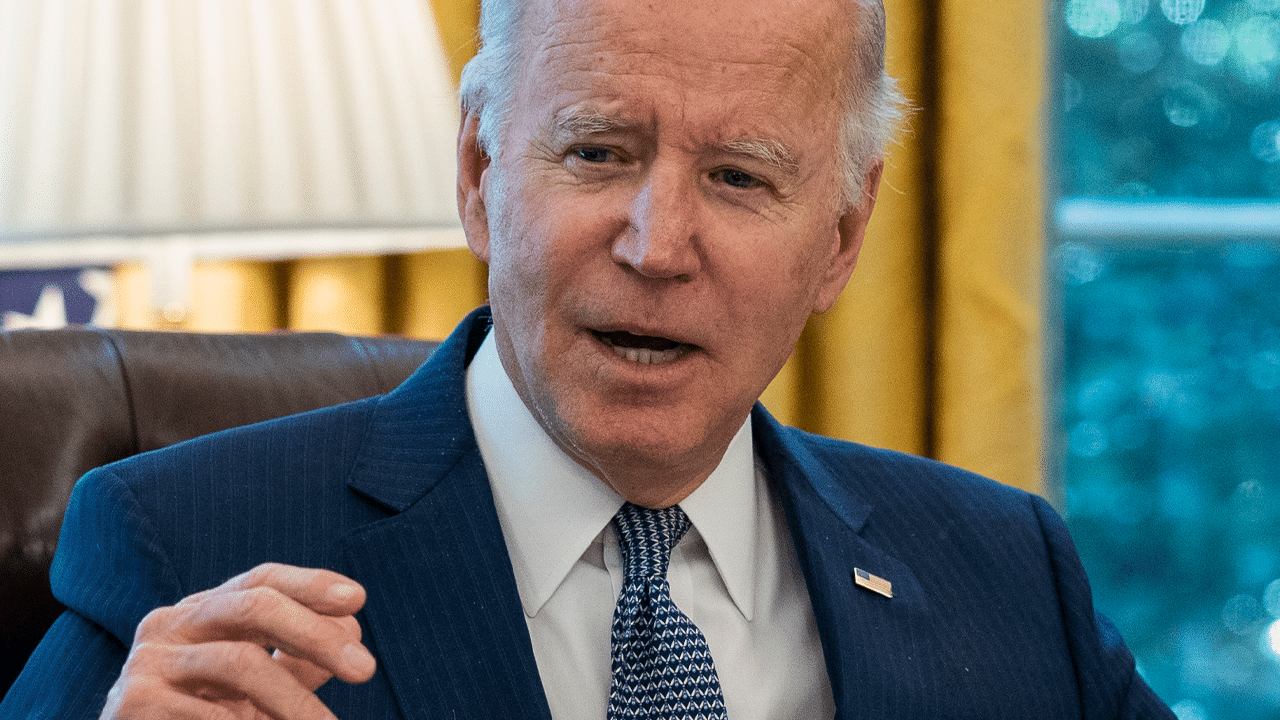 President Joe Biden appeared to dismiss any responsibility for the deaths of 13 U.S. service members who died in the terrorist attack at Kabul’s airport in the final days of the Afghanistan withdrawal.

Speaking to CBS News correspondent Rita Braver on Monday, Biden was asked about the disastrous withdrawal, stating “Everybody says, ‘you could’ve gotten out without anybody being hurt.’ No one’s come up with a way to indicate to me how that happens.”

Joe Biden says the deaths of our 13 service members in Afghanistan were inevitable.

“Everybody says, ‘you could’ve gotten out without anybody being hurt.’ No ones come up with a way to indicate to me how that happens.” pic.twitter.com/ymlIisawoX

Biden earlier claimed that he would be willing to lose his presidency over the Afghanistan strategy.

“You mean, you’re willing to lose your presidency?” Braver asked.

“My presidency, that’s right,” Biden replied. “Because I’m gonna stick with it. There’s certain things that are just, like for example Afghanistan. Well, I’ve been against that war in Afghanistan from the very beginning. We were spending $300 million a week in Afghanistan, over 20 years.”

“Now, everybody says, ‘You could have gotten out without anybody being hurt.’ No one’s come up with a way to ever indicate to me how that happens,” he said. “And so, there are certain things that are just so important.”

Biden says he’s “willing to lose” his presidency over sticking by his botched Afghanistan withdrawal because he says there was no way to get out without anyone getting hurt. pic.twitter.com/nvOUsRpjEC

Biden’s troop withdrawal from Afghanistan was an unmitigated disaster. In addition to the 13 dead service members, hundreds of American citizens were left behind at the mercy of Taliban insurgents who took over the country in a blitz attack that took the U.S. military and Biden administration off guard.

Former Obama-Biden administration officials agreed with the assessment that Biden could have handled it better, with some describing it as a display of his incompetency, and others stating that the rise of both the Taliban, Al-Qaeda, and ISIS-K, which was spurred with the departure of U.S. troops from the region would pose a long-term risk for the United States and its allies.

“It has created a global crisis, quite frankly … how his decision was made to withdraw, but then its execution, which has been so far catastrophic.” In a separate interview: “I’m left with some grave questions in my mind about [Biden’s] ability to lead our nation as commander in chief,” said former ambassador Ryan Crocker.

“This tragedy was completely preventable … the fact that there was little to no real planning done,” said James Cunningham, Obama’s U.S. Ambassador to Afghanistan.

“This is a Dunkirk moment. Or, perhaps, a Saigon moment,” suggested Gen. David Pretraeus, who served as Obama’s CIA Director.

At the time of the attack, 13 U.S. service members died as a result of the injuries sustained in the suicide bombing, with an additional dozen more American service members seriously injured. The fatalities were the first in Afghanistan since February 2020, when former President Donald Trump and the Taliban signed an agreement to withdraw U.S. troops from the country.

The attack, which occurred at the final checkpoint for evacuees trying to enter the Hamid Karzai International Airport, was the deadliest since August 11, when militants shot down a Chinook transport helicopter and killed 31 Americans, 7 Afghans, and a military dog, The Wall Street Journal reported.

ISIS Khorasan, or ISIS-K, claimed responsibility for the blast.

Following the attack, the U.S. military launched a drone strike in retaliation. The strike, which was based on faulty “over the horizon” intelligence, claimed the lives of seven Afghan children and three adults who had nothing to do with the terrorist attack.

The Pentagon initially defended the strike, but was ultimately forced to concede that it was a mistake after footage of the dead civilians surfaced on social media, as captured by a local Kabul-based journalist. The Pentagon eventually agreed to compensate the families of the dead children.

On Monday, the Pentagon said none of the military personnel involved in the disastrous attack on civilians will face any kind of punishment, The New York Times reported.