Rebel News’ reporter Alexa Lavoie and the Rebel News Quebec production team were at the scene of mass arrests by police when they were detained alongside anti-curfew protesters in Quebec City. 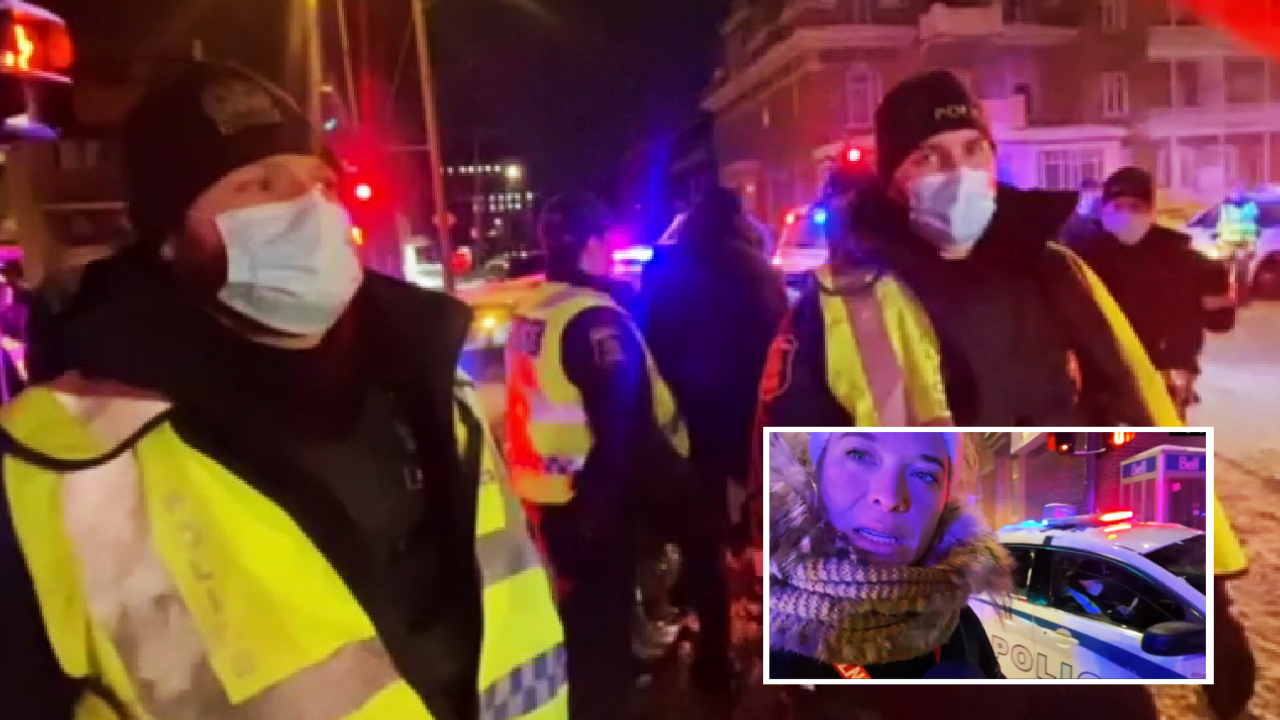 A crowd that gathered Friday night to protest Premier Francois Legault’s newly reintroduced curfew mandates in Quebec City, Canada was confronted by police before being systematically detained, arrested and fined $1558 each.

Rebel News’ Quebec-based reporter Alexa Lavoie and the Rebel News Quebec production team, Guillaume Roy and Maxime Boivin, were at the scene of the mass arrests. The team captured video footage of police telling the crowd of protesters to disperse prior to the 10 p.m. curfew to avoid being fined and arrested.

Quebec City police are now detaining protesters who are outside against the 10pm government mandated curfew.

The Rebel News team was detained by Quebec City police and each member was forced to produce a legal attestation prepared by Rebel News lawyers detailing their valid reasons (journalism) for being on the streets after the curfew cut-off.

Everybody ticketed with 1558$ fines and some people have been arrested.

I was pushed away by police for recording and forced to show my papers.

Follow all the reports and support us at: https://t.co/sJH1IVqtus

In advance, Rebel News sent legal letters to Quebec City and Montreal police to inform them of our reporters in the field. Rebel reporters also wear their press identification conspicuously on themselves.

Alexa, Guillaume and Max have since been allowed to leave the scene of the protest without further incident and the protest has been completely dissipated by police.

I'm in Quebec City reporting on the return of the government mandated curfew and have been detained by the police.

They are checking my papers and told me to leave the perimeter of protestors being arrested.https://t.co/sJH1IV8S5S to support our work. pic.twitter.com/w38sOTN40I

Toronto-based Rebel News reporter Lincoln Jay has also come to Quebec to report on the curfew and COVID restrictions. He was in Montreal at the time of the arrests where the streets were completely abandoned at 11:30 pm.

If you want to help support our coverage here in Quebec, please consider donating at https://t.co/orRKf9nYRl pic.twitter.com/RIztEofoeR

To support the work of the Rebel News team as they risk fines and arrest to bring you the other side of the most oppressive lockdown in the Western world, please donate at www.lockdownreports.com