'For three weeks in May several construction industry unions went on strike including crane, equipment and elevator operators, demolition labourers and carpenters,' said The Department of Public Works in a briefing note. 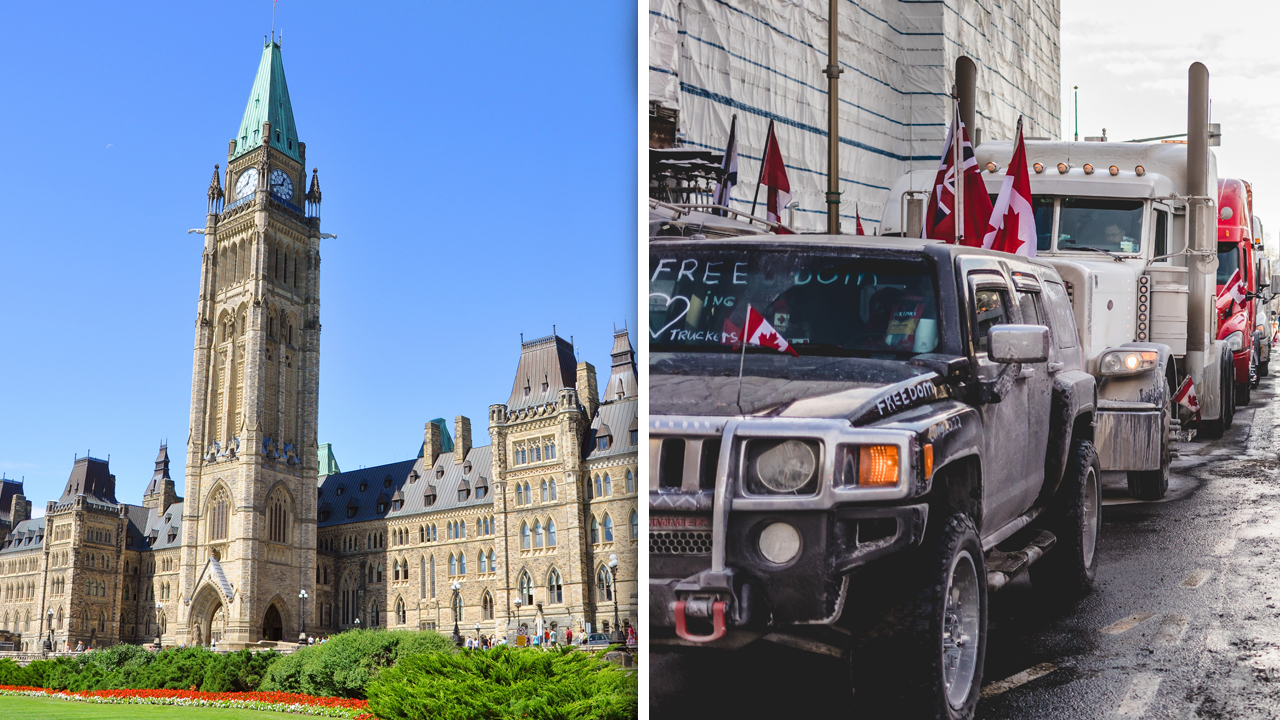 The Freedom Convoy in Ottawa was an organic protest movement that grew out of resistance to a cross-border COVID-19 vaccination mandate for truckers. The protest landed in the nation's capital for nearly four weeks to demonstrate against remaining lockdown restrictions for all Canadians.

According to Blacklock's Reporter, "The Department of Public Works says the Freedom Convoy cost millions in a work slowdown on Parliament Hill but acknowledged an unrelated carpenters’ strike was more significant. Cabinet to date has not detailed economic losses it attributed to the truckers’ protest."

“For three weeks in May several construction industry unions went on strike including crane, equipment and elevator operators, demolition labourers and carpenters,” said staff from the Department of Public Works in a briefing note titled Status Of The Long Term Vision And Plan For The Parliamentary Precinct.

Department estimates put construction delays to the $5 billion retrofit to Centre Block and the Peace Tower caused by the convoy protest at approximately $3 million.

Blacklock's reported the details of the documents Monday morning:

“Schedule and cost impacts are currently under review now that strike action has ceased and will be largely dependent on increases in labour rates,” it said. Staff did not provide figures.

The federal government implemented the never-before-used Emergencies Act to put an end to the weeks-long protest, claiming the costs to the city of Ottawa and local businesses were too great to allow the peaceful street party to continue.

Invoking the Emergencies Act is never the first thing a government should do – or even the second. It is a last resort. Watch live as I speak in the House about why we’re taking this step, and how it’ll help address the illegal blockades and occupations: https://t.co/zowseAmoxY

Rebel News had a team of journalists embedded in the convoy protest to bring Canadians the other side of the peaceful demonstration. To see their coverage and to support their independent journalist, visit www.ConvoyReports.com