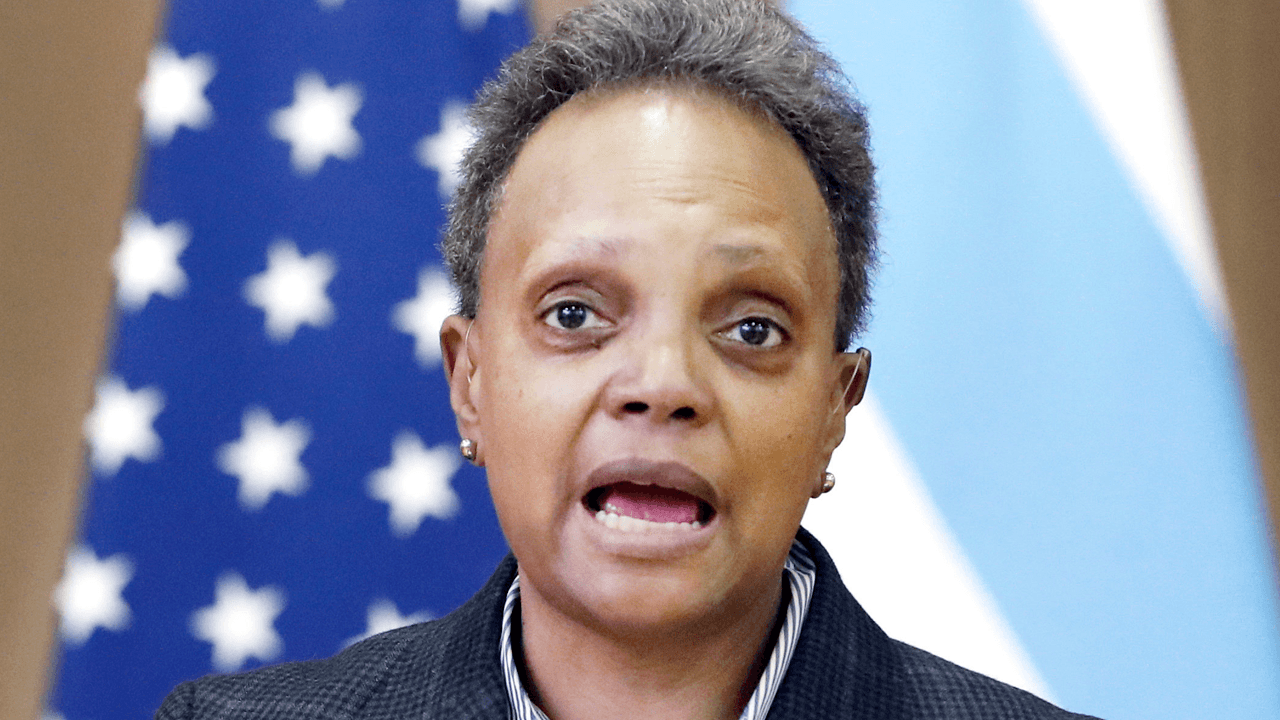 Chicago Mayor Lori Lightfoot pledged on Wednesday to boost the city’s police budget in the wake of Officer Ella French’s murder. French, a 29-year-old Chicago Police officer, and her partner were shot at at a traffic stop. The incident is now serving as a wake-up call to the city of Chicago amid a surge in violent crime following widespread Democrat-backed efforts to defund police departments nationwide.

Two brothers, Emonte Morgan, 21, and Eric Morgan, 22, both of whom are convicted felons, have been charged in the attack.

Following the shooting, Chicago police officers turned their backs on Lightfoot on Saturday during her visit to the University of Chicago Medical Center, where the two officers were brought to after being shot. As reported by the Chicago Sun-Times, the father of the second, critically wounded officer, who is himself a retired member of the Chicago police, berated the mayor and blamed her for the incident.

The group of officers present at the hospital turned their backs on Lightfoot as she attempted to speak with them following her brusque conversation with the father.

“In a time of tragedy, emotions run high and that is to be expected. The mayor spoke to a range of officers that tragic night and sensed the overwhelming sentiment was about concern for their fallen colleagues,” the mayor’s office stated on Monday, which took to blaming “illegal guns” for the shooting rather than the lack of support, and oftentimes outright hostility the department has received from the city. “This is a time for us to come together as a city. We have a common enemy and it is the conditions that breed the violence and the manifestations of violence, namely illegal guns, and gangs.”

Caving to demands from Black Lives Matter activists who pushed a nationwide trend to defund and even outright abolish the police due to “systemic racism,” the city of Chicago slashed the police budget in 2020 following the George Floyd riots in the summer by $58 million, leaving some 600 vacant positions.

“It’s my expectation that the police department budget will increase, no question. We have to,” Lightfoot stated at a press conference announcing her budget forecast, where she said additional funds would be directed to recruiting the “next generation” of police officers, as well as “increase the resources devoted to the health and wellness of our police officers.”

“We have to make sure we are continuing to provide resources to recruit the next generation of police officers and make sure we’re doing that recruitment in a way that reflects diversity of the city,” she said.

The about-face may not come as too much of a surprise, given Black Lives Matter’s waning popularity. According to a national poll by Civiqs, the movement’s overall popularity with registered voters has dropped from a high of 52 per cent last June to 45 per cent this August, with increasing opposition among both Republicans and independents.