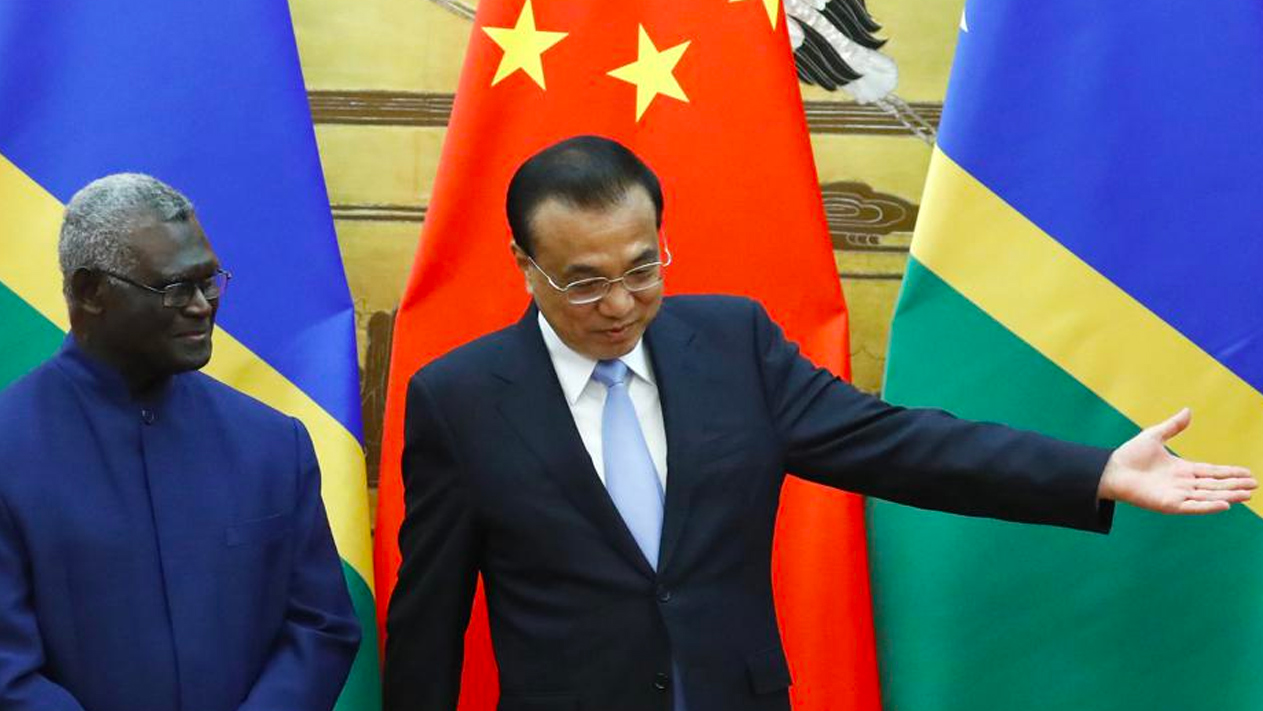 In November last year, Rebel News reported on the danger China posed to the stability of the Solomon Islands and why could be unwise for Prime Scott Morrison to send military support to the Beijing-backed government.

Now, China’s proposed leaked security deal with the Solomon Islands has been confirmed, presenting a military and policing security alliance between the two nations.

The Solomon Islands government released a statement saying that it was ‘diversifying the country’s security partnership including with China’ in which it was signing a collection of agreements to ‘further create a secure and safe environment for local and foreign investments’.

Australia also has a security agreement with the Solomon Islands signed in 2017, but China’s economic inroads into the Pacific region through its heavily criticised ‘debt-trap diplomacy’ is expected to usurp any other political arrangements.

The draft security treaty was leaked last week, causing concern in the leaderships of Australia, New Zealand, and the United States. The proposed security deal with Beijing allows China to station troops and navy vessels in the Solomon Islands for ‘security’ reasons.

Of more concern, the agreement lays out the ability for Chinese police and military to deploy additional forces to the Solomon Islands and its extended region to deal with issues of ‘social order’. They would also be authorised to protect the ‘safety of Chinese personnel’ and ‘major projects in the Solomon Islands’. Those projects would include military ports, airfields, and other communications infrastructure funded by China.

Buried in the framework is the explicit logistical ability to maintain supply and ‘material assets located in the Solomon Islands to support ship visits’. This essentially turns the Solomon Islands into a military port and resource for China in any future Pacific conflict.

The proposal has not been approved by the Solomon Islands’ cabinet – yet. It is expected to be approved shortly.

China has already destabilised the Solomon Islands, with a civil uprising at the end of 2021 attempting to overthrow the Beijing-backed government that has demanded the region cut ties with one of their longest and most dependable trade partners – Taiwan.

These ‘security threats’, which caused problems for the China-friendly regime, were referenced in the official statement by the Solomon Islands.

“Broadening partnerships is needed to improve the quality of lives [for] our people and address soft and hard security threats facing the country.”

Australian Prime Minister Scott Morrison, who was cautioned not to intervene on Beijing’s behalf to quash the civil uprising last year, has now expressed his concern.

“There are others who may seek to pretend to influence and may seek to get some sort of hold in the region, and we are very conscious of that,” said Morrison.

Defence Minister Peter Dutton added, “We want peace and stability in the region. We don’t want unsettling influences and we don’t want pressure and coercion that we are seeing from China continuing to roll out in the region.”

Australia still has 50 police officers in the Solomon Islands that were sent at the end of last year to handle the anti-government protests. They are expected to remain there for the time being.

A formal arrangement with China is not an isolated incident, but part of a larger incursion by China into the Pacific region. It has used the Belt and Road Initiative to annex land and military assets from small Pacific nations unable to pay the loans offered by the Chinese government.

In 2020, the current Solomon Islands government was caught discussing a $100 billion loan from a Chinese businessmen linked to the government, with Finance Minister Harry Kuma confirming the leaked letters.

China has long-since usurped Australia has the largest trade partner in the region, with over 46% of all trade in the Pacific funded by China. While China is not yet the biggest aid provider, it has an active campaign to install major infrastructure projects in poor areas which it then takes control of via 99-year leases, essentially extending China’s military control deep into the Pacific.

Australia has unsuccessfully attempted to outbid China, by offering a $2 billion infrastructure investment into the Pacific Islands to connect them directly to Australia’s telecommunications network via a submarine cable to replace Huawei’s 2018 communications proposal.

Also concerned, the United States has announced that it will be re-opening an embassy in Honiara after it closed in 1993.

The New Zealand Foreign Minister, Nanaia Mahuta said, “Such agreements will always be the right of any sovereign country to enter into, however developments within this purported agreement could destabilise the current institutions and arrangements that have long underpinned the Pacific region’s security.”