Roger Hallam says his pamphlet was a warning to young people who will “face annihilation” due to climate change. 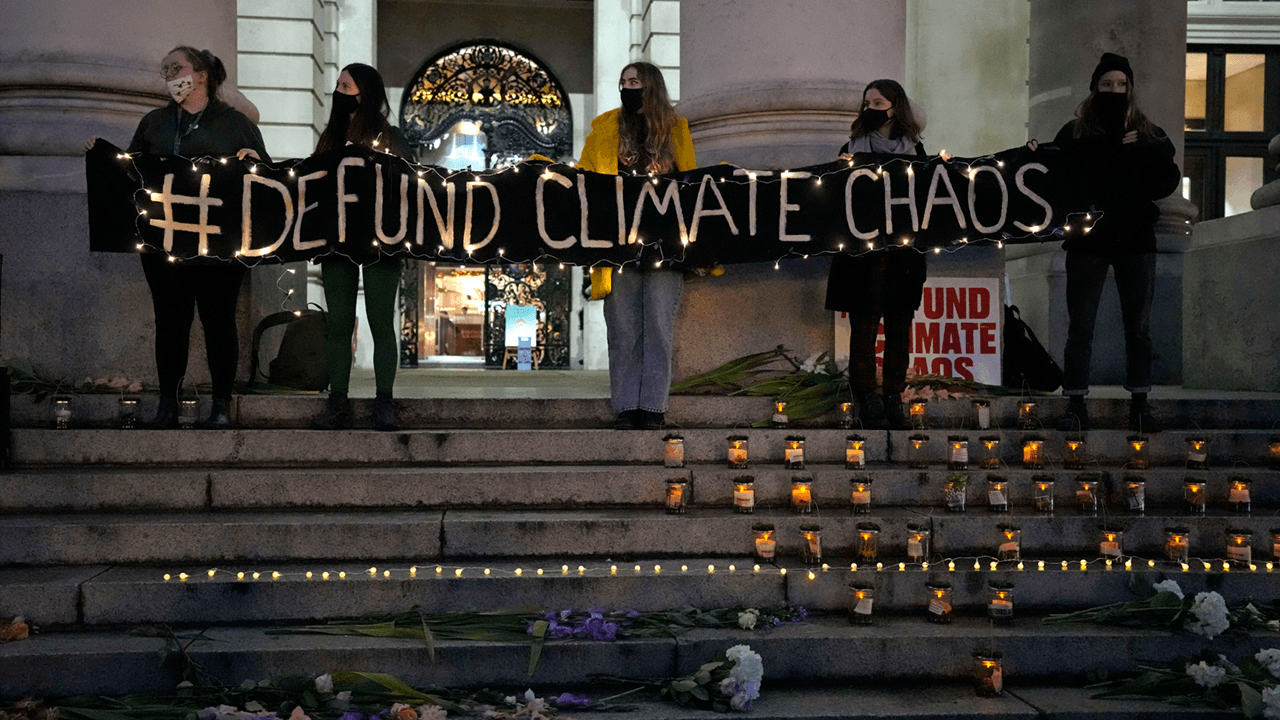 One of the cofounders of the climate alarmist movement, Extinction Rebellion, wrote a pamphlet in which he claimed that climate change would lead to the gang-rape of “your mother, sister, and girlfriend.”

Roger Hallam, a cofounder of the growing movement popularized by climate activist Greta Thunberg, wrote the pamphlet while imprisoned in HMP Wormwood Scrubs in 2019.

As detailed in the Spectator, Hallam’s fantasies appeared to feed into his climate alarmism.

Hallam’s nutty foretelling of an epidemic of rape appears in a piece of writing titled ‘Advice to Young People, as you Face Annihilation’. He’s a cheery soul, isn’t he? Apparently he wrote it when he was in jail for four weeks last year on suspicion of conspiracy to commit criminal damage. The whole thing is nuts. The world is a ‘gas chamber’ and ‘the gas which will kill you has been sent down the pipes in vast quantities for 30 years now’, says Hallam. Which is pretty bloody offensive. If climate-change alarmists could go just a few days without appropriating the horrors of the Holocaust to their moany middle-class cause, we’d be most grateful.

Then come the genuinely unhinged prophecies. Climate change, says Hallam, will ‘destroy the weather’ (what?) and ‘thus our ability to grow food’. And this means ‘the collapse of our society’. And after that? Brace yourselves. ‘This means war and violence, the slaughter of young men and the rape of young women on a global scale’, says our Welsh Nostradamus.

Hallam, who is currently involved in the ongoing insulate Britain protests, which saw the blocking of roadways across the United Kingdom, warned that ecological chaos caused by man-made climate change would have dire circumstances.

In his pamphlet, as detailed by Paul Joseph Watson, Hallam wrote that “a gang of boys would break into your house demanding food,” at which point they “will see your mother, your sister, your girlfriend, and they will gang-rape her on the kitchen table.”

Hallam’s fantasy did not end there, going into detail about the fictional situation, stating that the boys will “force you to watch, laughing at you. At the end they will accuse you of enjoying it.”

As noted by Watson, it is unclear if Hallam is making a reference to the trope of foreign migrants when he spoke of the brutal scenario, but climate activists have repeatedly claimed that man-made climate change invites mass migration from impoverished countries in Africa and the Middle East, most affected by climate change, to Europe.

Hallam claims he wrote the pamphlet as a warning to young people who will “face annihilation” by climate change.

Hallam’s delirious predictions aside, he was removed from Extinction Rebellion after insisting there was nothing “unique” about killing 6 million Jews during the Holocaust.

He has since apologised for his remarks.