If completed, the pipeline will transport natural gas from Dawson Creek in northeastern BC to Kitimat on the Pacific coast. 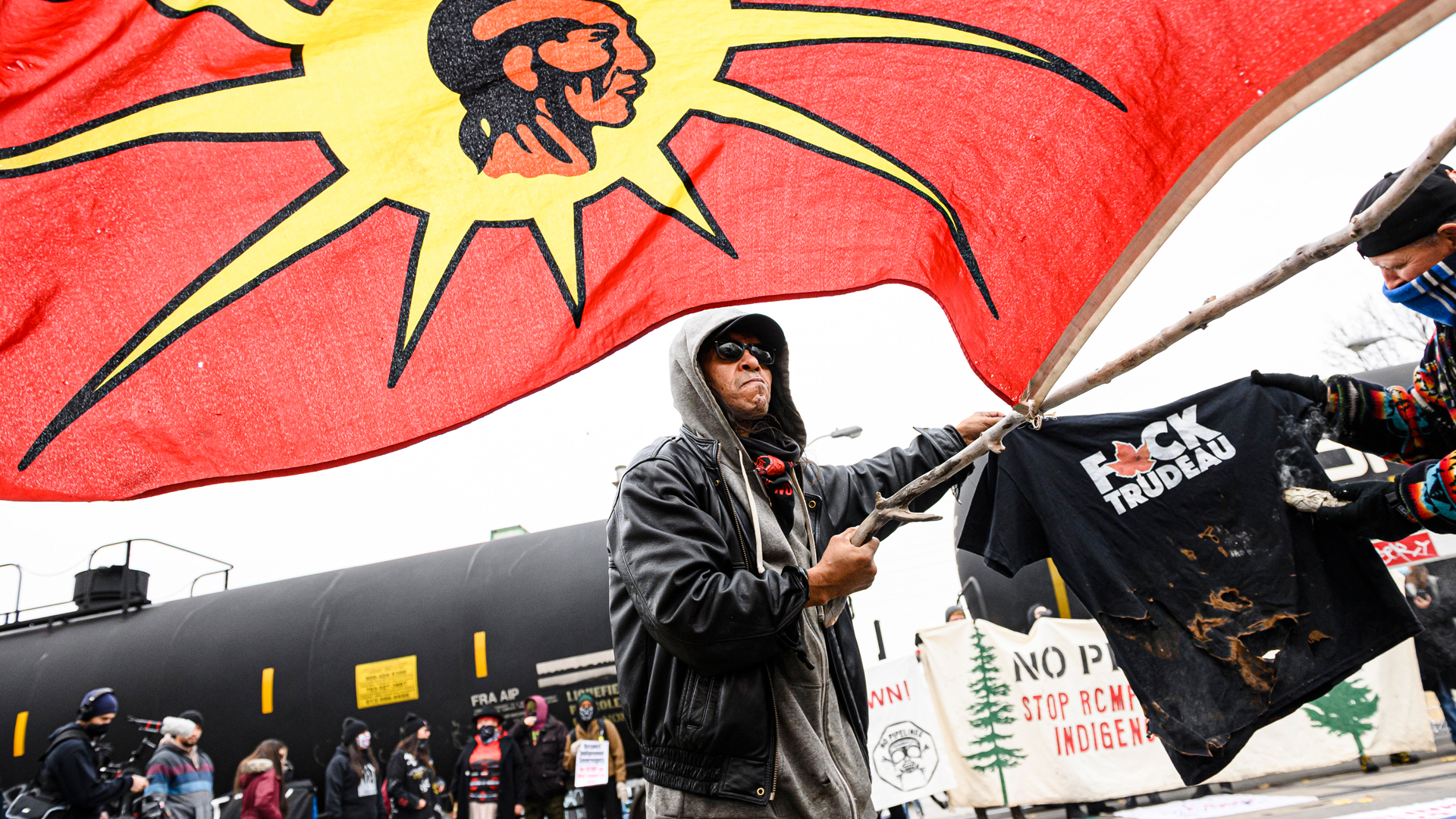 Last November, five protesters opposed the construction of Coastal GasLink in a contentious blockade that lasted several days. Now, they plead guilty to criminal contempt for defying a court injunction that prohibited their demonstration.

Tammen delivered the verdict after hearing a joint submission from the Crown and defence lawyer Frances Mahon, which recommended fines or service as a suitable punishment. Mahon told the judge he should consider the circumstances of the blockade.

The pipeline partially overlaps into traditional Wet'suwet'en territory that Canada's top court recognized as having an "unextinguished" claim to the land — leading to backers of the blockade calling themselves "land defenders."

"We are dealing with a unique situation involving people who have had an "unextinguished" title over their land since time immemorial," said Mahon. "It is largely that issue that motivated the five individuals before you today."

Mahon admits this is not an endorsement of the blockade, but she said it provides insight into why her clients participated in the cause. However, only Williams had a previous criminal record — partly for non-violent charges over land conflicts involving his Haudenosaunee community of Six Nations.

According to an agreed statement of facts, Amanda Wong, Joshua Goskey, Nina Sylvestor, Layla Staats, and Skyler Williams were part of a larger group of protesters who blocked access to the camp where Coastal GasLink employees were building the 670km-long pipeline.

On November 18, 2021, Coastal GasLink said blockades at Morice Forest Service Road, which provides access to the pipeline, left 500 workers stranded behind the blocking for almost four days without access to new water supplies, food, and other essentials.

If completed, the pipeline will transport natural gas from Dawson Creek in northeastern BC to Kitimat on the Pacific coast. On November 29, Coastal GasLink said the project is 80% complete, with more than 470km of pipe installed across the 670km route. It is set for completion in late 2024.

The pipeline received support from 20 elected First Nation governments along the route, including the Wet'suwet'en Nation's and Haisla Nation's elected governments. But the Wet'suwet'en hereditary chiefs and environmental activists opposed the pipeline, arguing that band councils have no authority over land beyond reserve boundaries.

According to the agreed statement of facts, Crown prosecutor Tyler Bauman said social media posts accompanied the protest and claimed that Coastal GasLink had been "evicted" from the area. He added that the five accused "knowingly breached the injunction … in a public way" when they refused to disperse after an RCMP officer detailed the order's terms.

The cause garnered international attention and drew protesters across Canada — resulting in the injunction the five defendants violated.

Two Wet'suwet'en hereditary chiefs — Frank Alec and John Risdale — attended the proceeding, which earmarked for the first time a criminal contempt conviction regarding the protests. Previous arrests only resulted in citations for civil contempt, but that changed when the Crown pursued criminal proceedings in the spring of 2021.

Another 13 protesters also face criminal contempt charges concerning the protests. Mahon indicated they plan to contest the charges for supposed breaches of Canada's Charter of Rights and Freedoms.