Florida Gov. Ron DeSantis had some harsh words for Dr. Fauci's, pointing to previous claims about herd immunity after Fauci was critical of DeSantis. 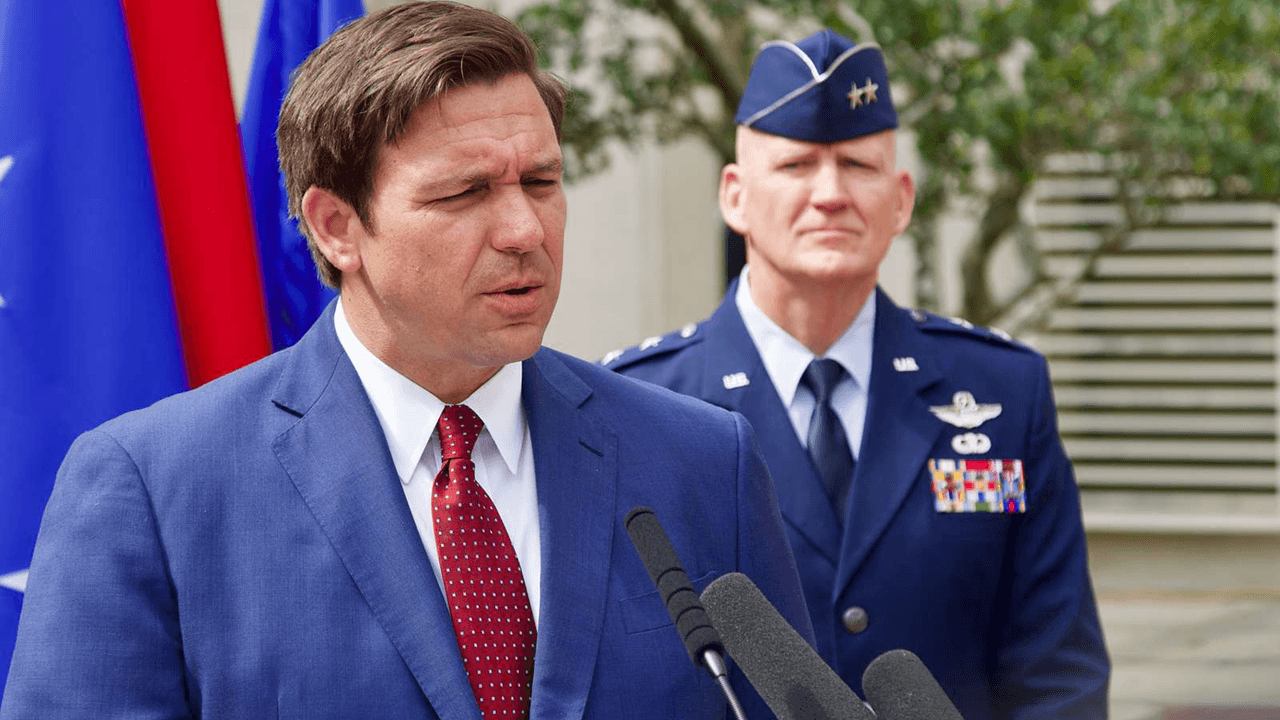 Florida Governor Ron DeSantis blasted Anthony Fauci, the director of the National Institute of Allergy and Infectious Diseases (NIAID) during a press conference after Fauci criticized comments DeSantis made.

During a press conference, a reporter questioned DeSantis, asking, “Governor, you recently said that unvaccinated individuals had no impact on numbers, and Dr. Fauci was quoted saying that — ”

“However, the vaccinations have not created herd immunity,” DeSantis continued. “So if the idea is that having herd immunity, you force everyone to do this, and that will create a herd immunity, that has not happened. It’s still spreading. People who, I mean, obviously in Florida, we’re going down now which is great, but that’s not what the issue is, is it creating a herd immunity? Fauci also said if 50 per cent were vaccinated, you would not see any surges anymore. Well, that isn’t true. Look at obviously the Sunbelt, look in the Pacific Northwest, look at Hawaii, huge surges that you’ve seen.”

In an interview with NPR’s “Morning Edition” in December 2020, Fauci was asked by the station's Rachel Martin how many Americans would need to receive a vaccine to have an impact on the spread of COVID-19. He replied, “I would say 50 per cent would have to get vaccinated before you start to see an impact.” He added that if “75 to 85 per cent” got vaccinated, we could achieve “that blanket of herd immunity.”

.@GovRonDeSantis hits back at Dr. Fauci, who criticized him this AM on CNN: “Fauci said if 50 percent were vaccinated you wouldn’t see any surges anymore — well, that isn’t true" pic.twitter.com/8f0kPDkAGs

In response to a question about Florida’s ban on vaccines, passports and immunity, Governor DeSantis said at the press conference Fauci referred to:

“I'm vaccinated, but I'm offended that someone would make me show something just to go to a restaurant or just to live life. And there's a lot of people who've already recovered from COVID who do have immunity. You actually are saying me with a Johnson and Johnson shot can go in, but someone who's recovered from COVID and probably a stronger immunity. They can't go in. I'm sorry. That is anti-science. I also don't want two [classes] of citizens. We have some people in our, in our communities who just made the decision. This is something that they're not going to do. So what you're going to do, right? Some amount of society, they're not going to be able to go show their face. And some of these places that have vaccine passports, because the little kids aren't eligible for vaccine, some of them are saying you're under 12, don't even come in.

And it's also the case that as much as I, uh, am happy to see vaccinated people get good protection against hospitalization and death. And it has been good. The fact is [COVID] is spreading regardless of vaccination. I mean, that's just the reality. The theory behind the vaccine passport is okay, if we force everyone to be up to have it in order to kind of live in society, then you'll be able to basically just a new COVID. We know that that's not the case, you know, very, very high vaccination rates. You still have big waves. So it just doesn't make any sense. In my view is, we gotta protect people's ability, to live their lives. I don't want a biomedical security state in which you're constantly having to do this, just to be able to live everyday life. At the end of the day, the vaccines have helped people ward off severe illness.

We obviously work very hard to distribute it at the end of the day, though. It is about your health and whether you want that protection or not. It really doesn't impact me or anyone else because we've seen the data on this. And so the theory behind it,[vaccine passports] I think has gone totally up in smoke. And I also just think that there's been huge mistakes made along the way with some of these authorities, lecturing people about this. I can tell ya, there's a lot of folks that when they hear that, [about vaccine passports] if they're on the fence that pushes them in the other direction, that is not the way that you do it. You know, what I try to do is just give the data. I'd give it honestly, I'm not going to sugar coat it, and I'm not going to tell somebody, uh, something that, that is not true based on the data, just because I want them to behave in a certain way. A lot of these folks, they tell these noble lies because they want you to behave in a certain way. And so they don't give the whole truth.

I mean, you look at the fact that we're even having to do this with this early treatment. That that should not, we should, we're happy to do because we want to help, but this should have been something that was screamed from the rooftops, uh, from HHS and CDC since last December. Can you imagine if a hundred percent of Americans knew that this was something that was available? You know, how many people we would have kept that in the hospital, you know, many people that would not have died over the last nine months. Uh, that's just a fact. And, we're obviously correcting that in Florida and we're actually helping other states too, because we've put a lot of emphasis on it.

But you know, I look at that and I wonder why, if you have an effective treatment, I mean, this treatment was used on an experimental basis to the president of the United States in October and very effectively, why wouldn’t you be talking about it? And I think one of the reasons that people didn't want some didn't think that they should talk about it is because they didn't want people to think, okay, maybe you don't need to get vaccinated. Maybe you just get the treatment. And they worried that people would, would take that message in my view is, is, you know, we've never said it's either-or, we think that they complement each other, but if someone does do that, that's not a reason to not give them the full information. That's not a reason to not provide this, for everybody. I think some of the stuff with the vaccine passports, I mean, it's an overreach to be it's too intrusive.

And at the end of the day, my philosophy is as governor, my job is to protect your individual freedom. My job is not to protect corporate freedom. That is not what I'm here for. I mean, we have a good business climate, we have everything, but this idea that businesses can just do whatever they want and invade your privacy and doing all that. No, I'm not signing up for that. I'm signing up for protecting your freedom and making sure we have a society in Florida where people can make the best decisions for themselves and for their families. And that's what we're doing by protecting against these mandates. Um, and making sure that that's done based on what people believe is best for them and their families, but not something that's imposed either by government or in some respects in some instances by very, very powerful private entities.”