The tweet received upwards of 600,000 likes, and close to 75,000 retweets before Musk responded with a savage one-liner: 'Your feedback is appreciated, now pay $8.' 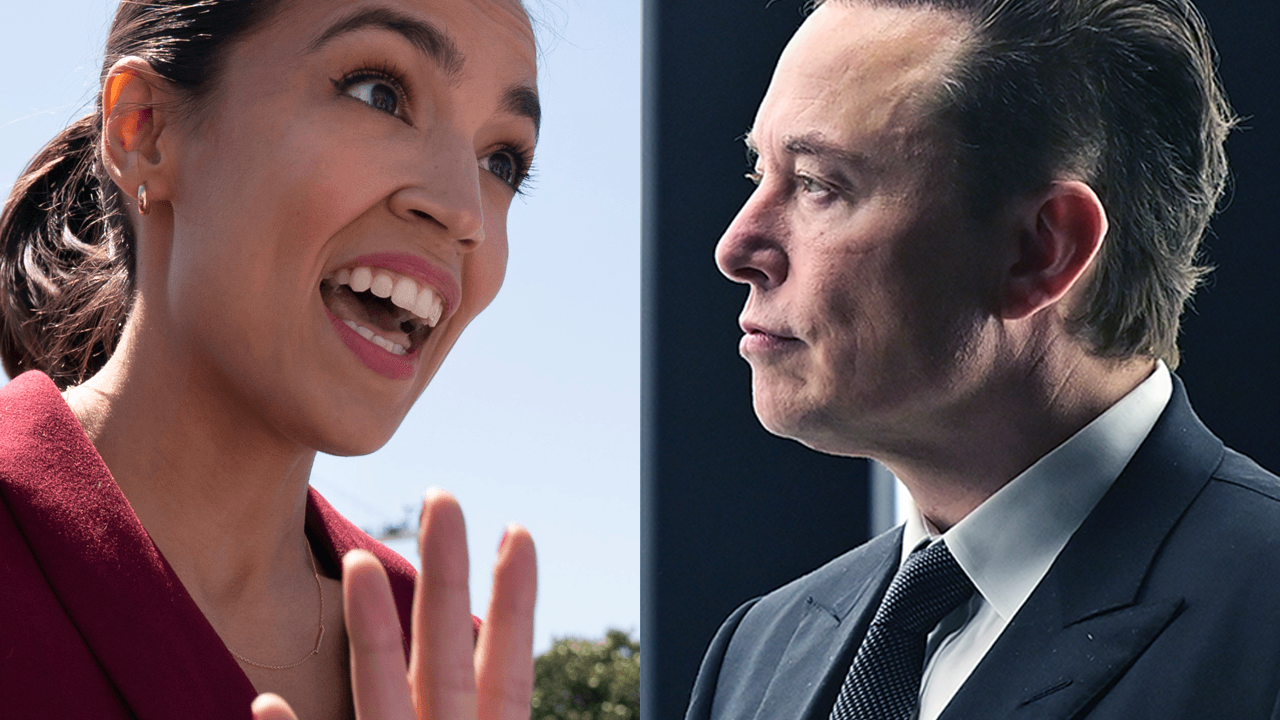 Elon Musk, now the owner of Twitter, humiliated Democrat Rep. Alexandria Ocasio-Cortez after she took to the social media platform to complain about Musk’s proposal to implement an $8 verification fee for prospective blue checkmarks.

In a viral tweet, Ocasio-Cortez mocked the Tesla CEO, stating, “LMAO at a billionaire trying to earnestly sell people on the idea that ‘free speech’ is actually an $8/mo subscription plan.”

The tweet received upwards of 600,000 likes, and close to 75,000 retweets before Musk responded with a savage one-liner: “Your feedback is appreciated, now pay $8.”

Your feedback is appreciated, now pay $8

Musk followed it up with memes about blue checkmark whiners upset at the prospect of losing their special privileges that place them above the plebs.

“Twitter's current lords & peasants system for who has or doesn't have a blue checkmark is bullsh*t,” said Musk on Twitter. “Power to the people! Blue for $8/month.”

Twitter’s current lords & peasants system for who has or doesn’t have a blue checkmark is bullshit.

Power to the people! Blue for $8/month.

Musk, mocked Ocasio-Cortez for complaining about the fee, posting a screenshot of her campaign website, which sells cheaply made sweatshirts for a steep fee of $58.

Musk’s jab at the socialist politician prompted Ocasio-Cortez to fire back once again, apparently triggered by Musk’s audacity to show her who’s boss.

“Proud of this and always will be,” replied the politician. “My workers are union, make a living wage, have full healthcare, and aren’t subject to racist treatment in their workplaces. Items are made in USA.”

“Team AOC honors and respects working people. You should try it sometime instead of union-busting,” she said.

Ocasio-Cortez continued her tirade against the maverick billionaire, by criticizing his business plan for Twitter, and mockingly suggested that his plan to make his $44 billion back on the purchase of Twitter was to “apparently to run around and individually ask people for $8.”

It’s worth pointing out that AOC has never ran a single successful business in her life, whereas Elon Musk, the world’s richest man created an entire industry from the ground up, and is presently revolutionizing space travel, energy storage, underground transportation, high-speed remote satellite internet, and is even making forays into brain-machine interfaces.

Musk, who made his fortune from engineering PayPal in the nascent days of the internet, has nothing but successes under his belt to show for his business prowess.