Fried explained that DeSantis’ policies were similar to those passed during “the rise of Hitler.” 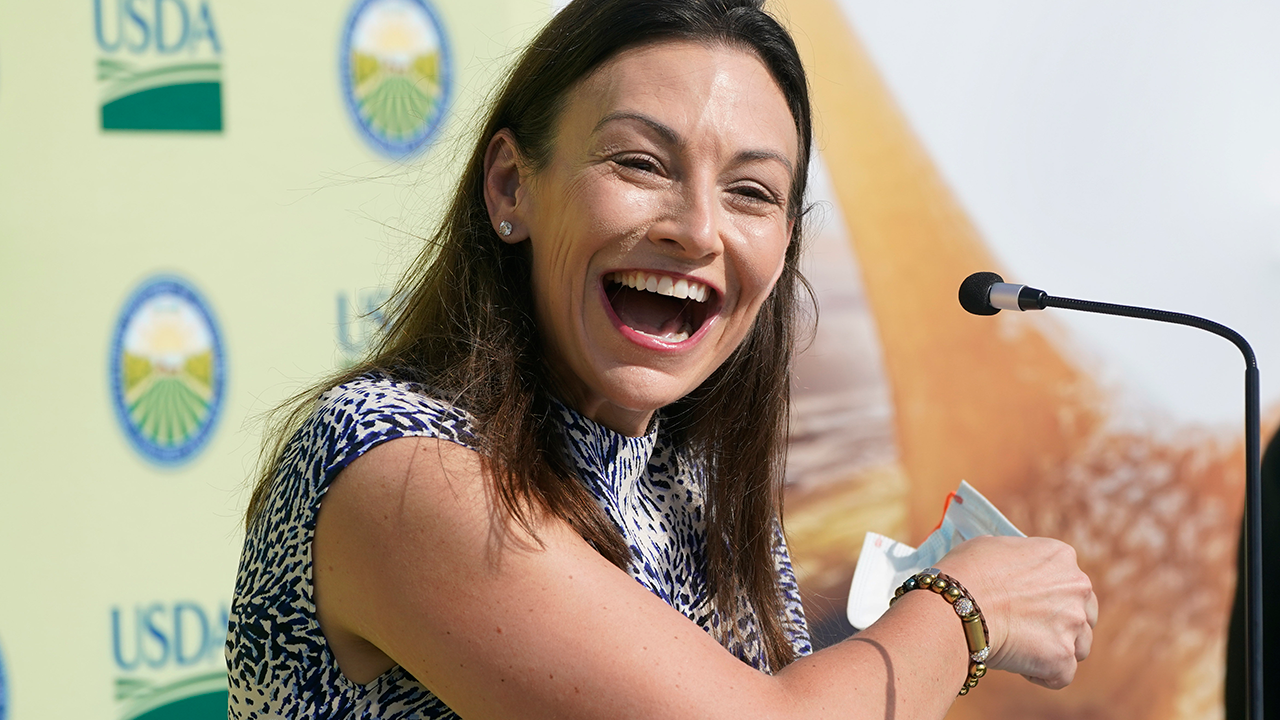 DeSantis has become a national leader in his handling of the coronavirus, being the first to offer monoclonal antibody treatments to the public. He was also among the first governors to reopen his state while other jurisdictions remained locked down, calling for a return to pre-pandemic normalcy while protecting the old and infirm.

Fried, a marijuana industry advocate who was elected as the state’s agricultural commissioner, has taken aim at DeSantis in recent months ahead of the 2022 gubernatorial election. Fried, who is running for election, has led her state’s Democratic party in its attacks on the widely popular governor.

Speaking to NPR’s Friday Roundup Podcast, courtesy of the New York Post, Fried compared DeSantis to Adolf Hitler. The unhinged comparison was precipitated by a question from NPR host Melissa Ross, who asked Fried to elaborate on her tweet calling DeSantis a “dictator.”

In response, Fried explained that DeSantis’ policies were similar to those passed during “the rise of Hitler.”

Democrat candidate Nikki Fried on DeSantis's policies as governor: "That's exactly what Hitler did to the Jews back during World War II."

Now I don't have a PhD in history, but I'm pretty sure that's not *exactly* what Hitler did to the Jews during WWII.pic.twitter.com/9OfoD2fcsX

“Growing up in Miami, you know, and having neighbours that were Cubans — growing up with and hearing the stories of so many of our Floridians who have left dictatorships and communism and socialist countries — and coming here to the state of Florida for capitalism, for open opportunities to succeed: [DeSantis] is doing everything possible to take power away from local governments,” Fried said.

Fried, with the irony of handing state power over to the Biden administration’s being completely lost on her, charged that DeSantis was “taking away people’s abilities to protest. Making it harder to vote. Talking about banning books.”

“That’s what dictators do,” Fried insisted. “Instead of listening and try to govern with the people, he is trying to govern over the people, and, you know, that, I’m sorry, I’m a student of history, too. I saw the rise of Hitler, I learned those stories.”

Fried’s remarks prompted Ross to ask, bluntly,: “Are you comparing DeSantis to Hitler?”

“In a lot of ways, yes,” replied Fried, confirming the question. “I have studied Hitler and how he got to power, you know, wanting his own militia.”

The NPR host responded to the charge by explaining to Fried that several other states have their own militias, and Florida was no exception, prompting Fried to double down on her claim that DeSantis was just as bad as Hitler — creating a straw man out of the Republican.

“This governor is doing it for the sole purposes of power and doing so to make fear and to instill that, to blame people for what is happening in their lives, blaming certain parts of our society and culture, and that’s exactly what Hitler did to the Jews back during World War II,” said Fried.

Ross pointed out that Fried was essentially invoking Godwin’s Law by drawing the ridiculous comparison to Hitler.

Fried replied, “Do I think that we’re going to get to the extent of Hitler’s power? Of course not. But the rise of his power and what he did to scapegoat certain parts … that’s what this governor is doing.”

Fried’s remarks were immediately rebuked, with many of DeSantis' allies, including Florida First Lady Casey DeSantis, issuing condemnations of the gubernatorial hopeful.

Hitler systematically murdered 6 million Jews and appx 3 million others. @GovRonDeSantis is loved by the Jewish community and has led our state with dignity on so many issues.@NikkiFried, Your desperation is showing. Disagreeing with his policies doesn’t make him Hitler. Low.

“This comparison is repulsive, offensive, and minimizes Hitler’s evil crimes against humanity,” wrote Casey DeSantis in an email to supporters.