Angie Ugarte says the sign at the DeBary Diner will remain up until all Americans still stranded in Afghanistan are returned back home. 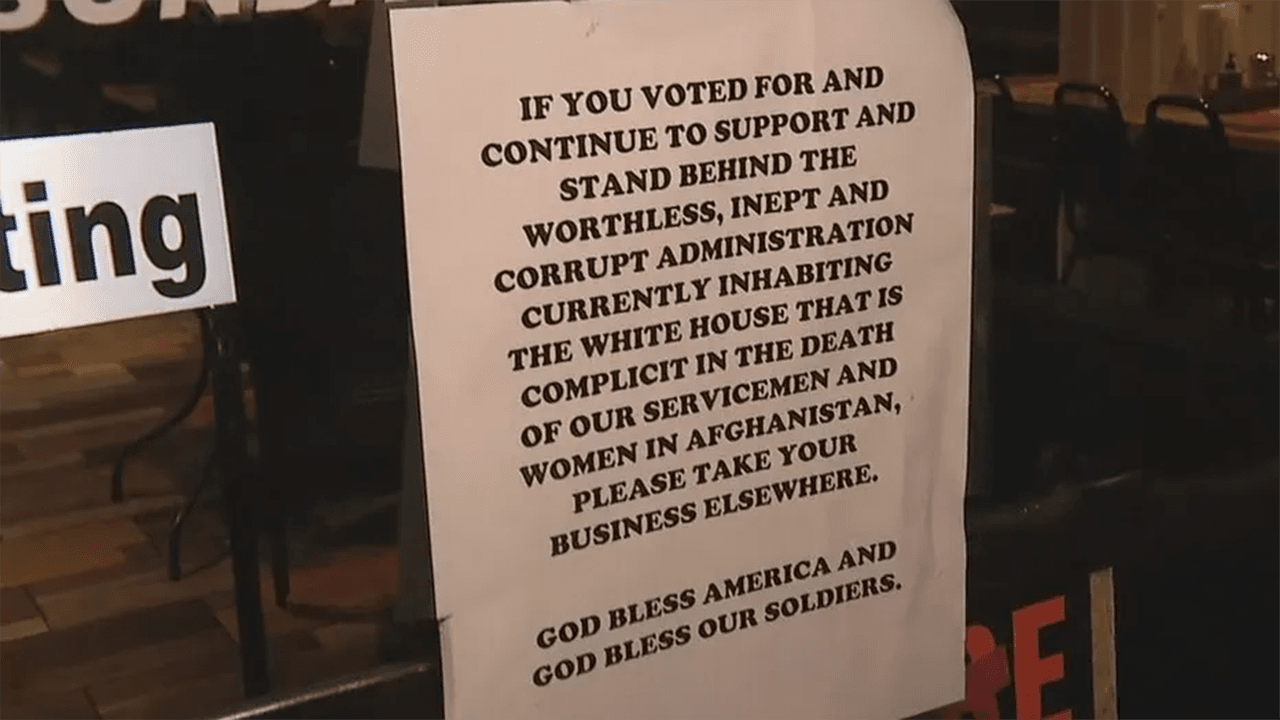 A restaurant owner in Florida has put out a message for President Joe Biden’s supporters: go eat somewhere else.

Angie Ugarte, owner of the DeBary Diner in DeBary, posted a sign on her restaurant’s front door last week, telling supporters of the Democrat president to find elsewhere to eat. Ugarte said she posted the message on her establishment following the killing of 13 U.S. service members who were slain in a terrorist attack in Afghanistan during the United States’ botched withdrawal.

“If you voted for and continue to support and stand behind the worthless, inept, and corrupt administration currently inhabiting the White House that is complicit in the death of our servicemen and women in Afghanistan, please take your business elsewhere. God Bless America and God Bless our soldiers,” the notice bluntly states.

Ugarte said that many of her regular customers are vets, and the death of the service members was the breaking point. She says the sign will remain up until all Americans still stranded in Afghanistan are returned back home.

“It was the only thing I felt like I could do,” Ugarte told Fox 35. “I was just angry. I was just let down. I felt like one of those mothers, or wives, or sisters who were gonna get that knock on the door.”

“If you really, really still stand behind what’s allowed this to happen and the way it happened – which was unnecessary then I really don’t want to be associated with you in any way and I certainly don’t want your business,” she said.

However, Ugarte admitted that the reaction from customers has been mixed. “I’ve had people come to the door and look at it and turn around and walk away. And I’ve had people come into the kitchen while I’m cooking and say, ‘Hey, I love your sign,’” she said.

Nonetheless, Ugarte has declared that the poster is there to stay for now. “If you really, really still stand behind what’s allowed this to happen in the way that it has happened — which was unnecessary — then I really, really don’t want to be associated with you in any way and I certainly don’t want your business,” she added.

The Biden administration completed its U.S. withdrawal from Afghanistan on Monday, a day before Biden’s self-imposed deadline of August 31, with many Americans still left stranded behind enemy lines in the country.