Rebel News reporters learned that after the thief was caught and the bag was returned to the female migrant, the thief was turned in to the cartel. 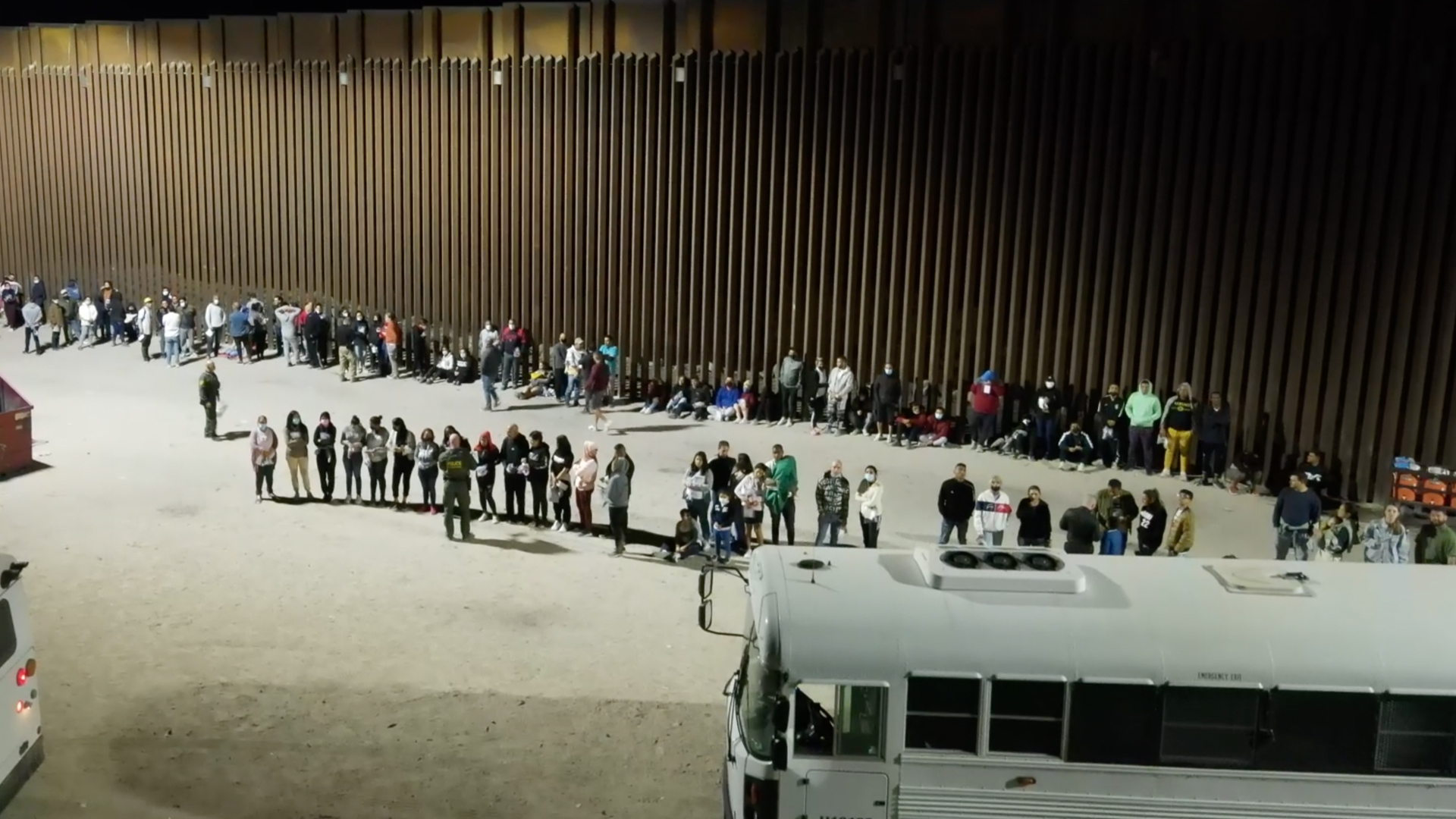 Rebel News is on the ground at the Yuma Sector of the United States southern border, where hundreds of migrants illegally cross each day.

Reporters arrived on scene outside the Cocopah Native Reservation, where they initially found 25 migrants at the apprehension site. They later saw it expand to hundreds throughout the night.

Just arrived on scene at the Yuma Sector where border patrol units made an apprehension of 25 migrants. They will see illegal crossings throughout the night.

Approximately 400 illegal migrants wait at the apprehension site outside the Cocopah reservation around 5am.

While interacting with the migrants, reporters learned that some of them were being robbed and/or extorted in the United States side by Mexican officials that cross illegally alongside them.

During the first night, reporters spoke to a woman who had cancer and crossed into the United States to seek medical treatment. She told Rebel News that she was robbed by a man wearing a blue shirt, who stole her bag containing her medical documents. Later throughout the night, a group of Mexican nationals that go to pick up trash at these illegal crossing sites found the thief and retrieved the lady's bag.

Massive piles of trash are found are found at this illegal crossing site where cartels smuggle migrants into the United States.

The local Mexican cartel also found out about the thief. The Mexican cartel is very intolerant of people extorting or robbing migrants who cross through these sites. Rebel News reporters learned that after the thief was caught and the bag was returned to the female migrant, the thief was turned in to the cartel.

As you know, Rebel News doesn't receive a fraction of a penny from the government or any corporations for our journalism. If you would like to help our widespread coverage in the American sector and really see what's happening on the ground at the U.S. southern border, you can help us cover expenses at RebelBorderReports.com.