Kamala Harris’ office is struggling to backpedal from remarks the vice president made, after she praised a college student who accused Israel of committing “ethnic genocide.” 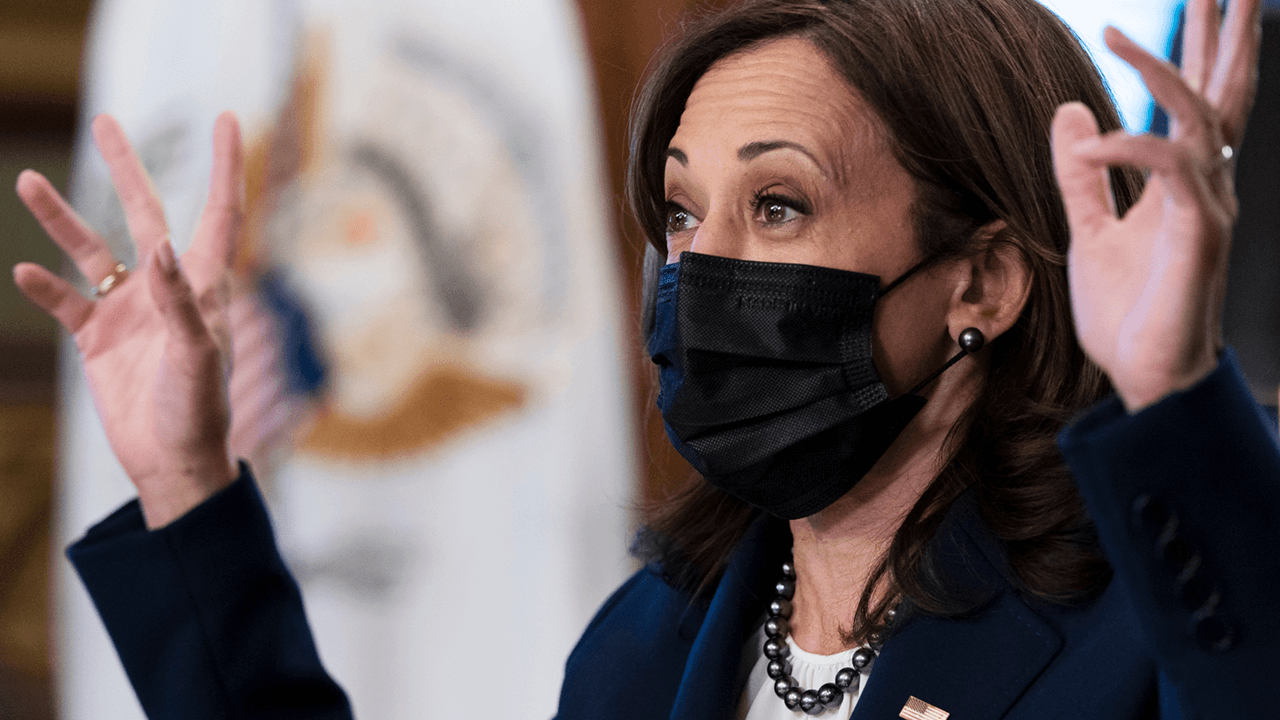 Kamala Harris’ office is struggling to backpedal from remarks the vice president made, after she praised a college student who accused Israel of committing “ethnic genocide.”

On Tuesday, Harris addressed a class at George Mason University to mark the National Voter Registration Day before doing a question and answer session with attendant students. One of whom took to the microphone to claim that “a lot of taxpayer money is allocated for funding the military, whether it’s in backing Saudi Arabia or in Palestine.”

The student, who identified herself as “part-Yemeni, part-Iranian” according to the New York Post, said: “You brought up how the power of the people and demonstrations and organizing is very valuable in America. But I see that over the summer, there have been, like, protests and demonstrations in astronomical numbers standing with Palestine, but then just a few days ago there were funds allocated to continue backing Israel, which hurts my heart because it’s an ethnic genocide and a displacement of people — the same that happened in America — and I’m sure you’re aware of this.”

In response, Harris praised the student, and added that her voice was necessary because her “truth cannot be suppressed.”

“Your voice, your perspective, your experience, your truth cannot be suppressed, and it must be heard,” Harris replied.

Harris’ remarks appeared to support the student’s description of Israel as a genocidal state. Prompting immediate backlash from Israeli media outlets, including the Jerusalem Post and the Times of Israel, both of which ran headlines slamming the vice president for not rejecting the claim of “ethnic genocide” against Israel, Politico reported.

“There is truth and there are lies,” added Friedman. “No one is entitled to their personal truth. This attack on Israel is simply a lie and VPOTUS should have called that out.”

Shameful. There is truth and their are lies. No one is entitled to their personal truth. This attack on Israel is simply a lie and VPOTUS should have called that out.https://t.co/leLOO5C6Cs #FoxNews

In response to public backlash, Harris’ office reached out to the Democratic Majority for Israel to rectify the situation, and renew Harris’ personal commitment to Israel’s security.

“We were pleased Vice President Harris’s senior staff reached out to us today to confirm what we already knew: Her ‘commitment to Israel’s security is unwavering,’” Mark Mellman, the president of the group said.

Another senior staff member from Harris’ office reached out to Florida Democrat Rep. Ted Deutch, who leads the Bipartisan Anti-semitism Taskforce to iron out Harris’ position. A source informed Politico that the office also made a call to the Anti-Defamation League to clear up the situation.