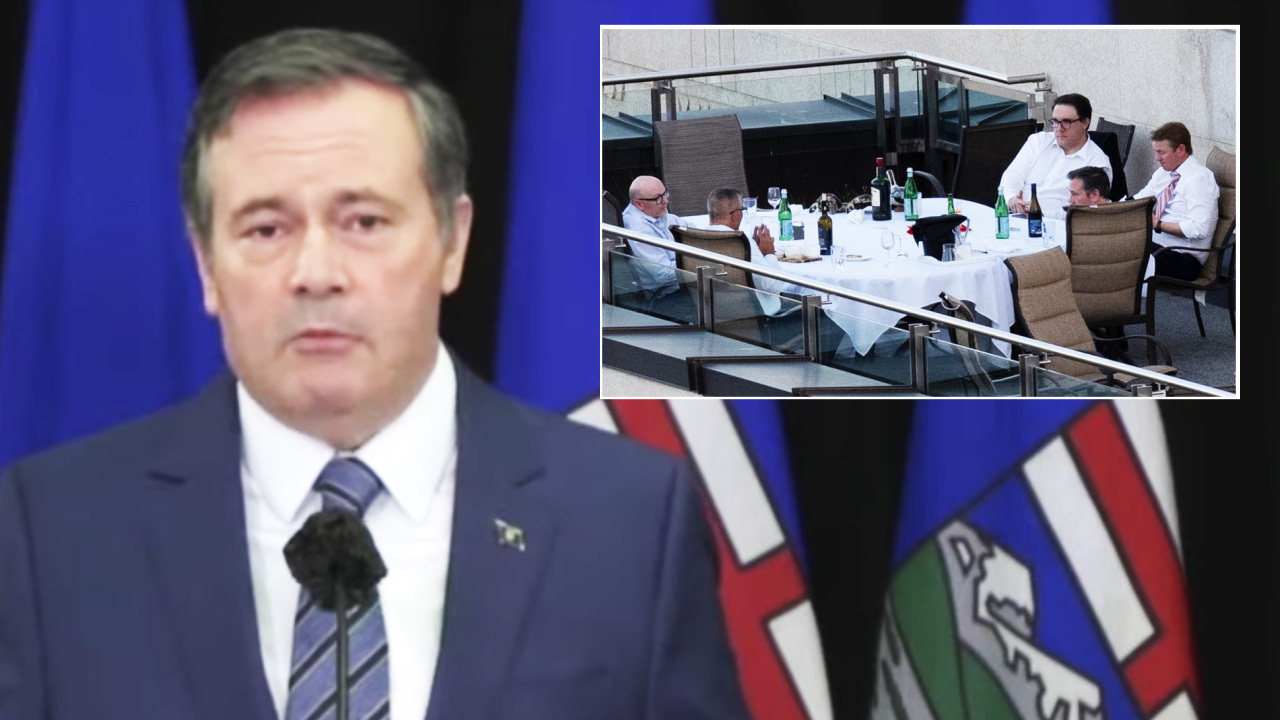 Alberta Premier Jason Kenney has apologized after being caught hosting a white linen spread for coworkers, calling the meal at the Sky Palace a "working dinner."

Kenney, along with several cabinet ministers — including Health Minister Tyler Shandro — were caught on camera last week enjoying a meal on a rooftop patio at the Edmonton legislature.

“I just won't be doing any social gatherings until we get into Phase Three, just to avoid any possible mistakes or misunderstandings,” stated the premier during a live address earlier today.

Here's what Kenney had to say, in part:

“I thought it was prudent and compliant with the rules to do this outside. But it's clear that at some points in that evening, we were not all distanced from one another by two metres, and I truly regret that, i take full responsibility for this — I invited my colleagues there, I... was in the clear view that we were complying with the Open For Summer rules, but it is clear that some of us were not distanced the whole night, and I have to take responsibility for that.

“We have to set a higher example, a higher threshold of conduct, and so I want, sincerely to apologize to my colleagues and to Albertans for letting you down, for not being more careful, to scrupulously follow every aspect of the public health guidelines...”

Alberta Premier Jason Kenney has apologized after being caught hosting a white linen spread for coworkers, calling the meal at the Sky Palace a "working dinner."