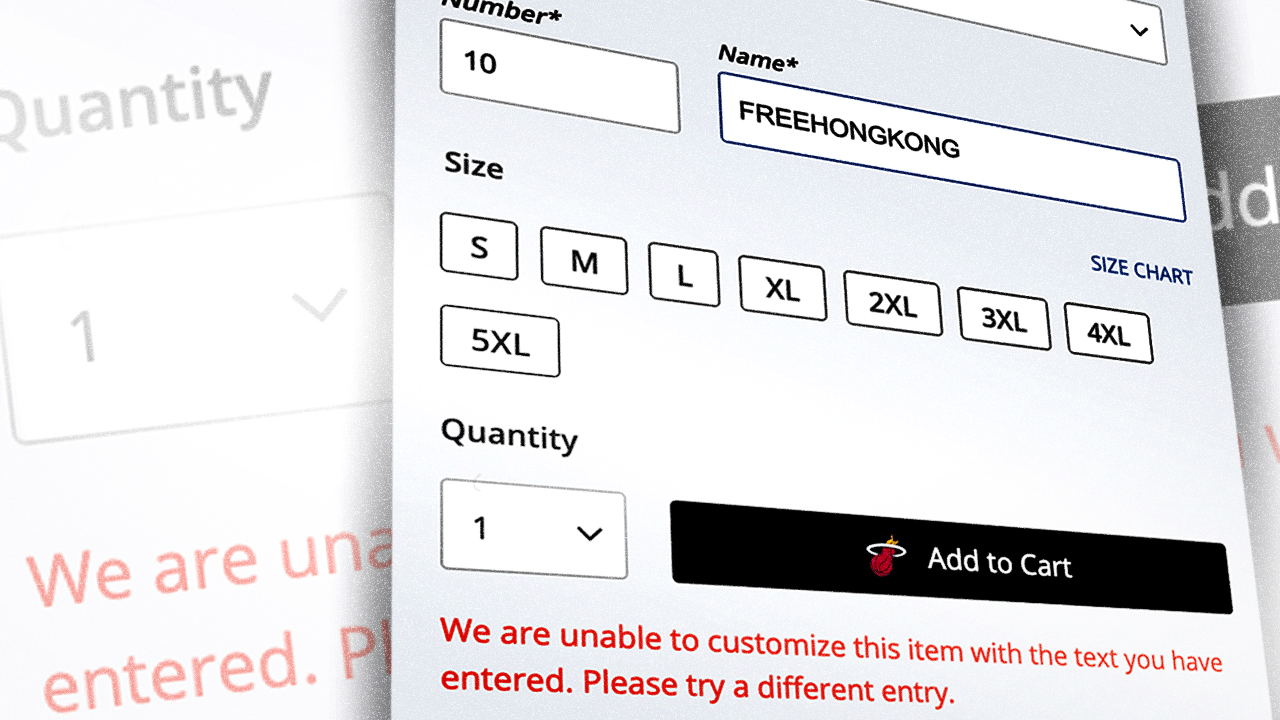 The National Basketball Association has banned the words “FreeHongKong” from their lineup of custom-made jerseys, but still allows phrases like “F**kCanada,” and “KillWhiteMen.”

If you are a basketball fan looking for a custom made jersey with your name or political slogan, all you have to do is pick a number between 00 and 99, and type in a string of characters between two and 12 letters.

You can have almost anything printed and sent to your front door by the NBA online store, except for the phrase “FreeHongKong.”

The NBA bans you, the fan, from putting #freehongkong on customized league jerseys even as they allow players to wear customized jerseys. pic.twitter.com/px9enQa1qk

When you type in those 12 letters, the site glitches out momentarily and returns the red error message saying, “We are unable to customize this item with the text you have entered. Please try a different entry.”

Type in “F**kHongKong,” or “F**kWhites,” and for the low price of $84.99CAD, the NBA will have it branded on an official pullover hoodie and have it on your front porch in two weeks.

Any amount of offensive, racist or tasteless phrases can be printed on the sporting merchandise.

But if you type “FreeHongKong” you have gone out of bounds. The big-wigs will apparently bend over backwards to avoid hurting the delicate sensibilities of the Chinese Communist Party.

The NBA is thought to cater to the Chinese government as a result of their massive business arrangement in the regressive communist nation – where nearly half a billion people watch at least one game a year. The NBA has around 200 employees working full time in the country.

Even after the controversy surrounding Houston Rockets GM Daryl Morey's tweet in support of the Hong Kong protests, President and COO Rick Welts of the Golden State Warriors described the general sentiments around the league to CNBC saying, “I do think our future in China is probably pretty remarkable.”