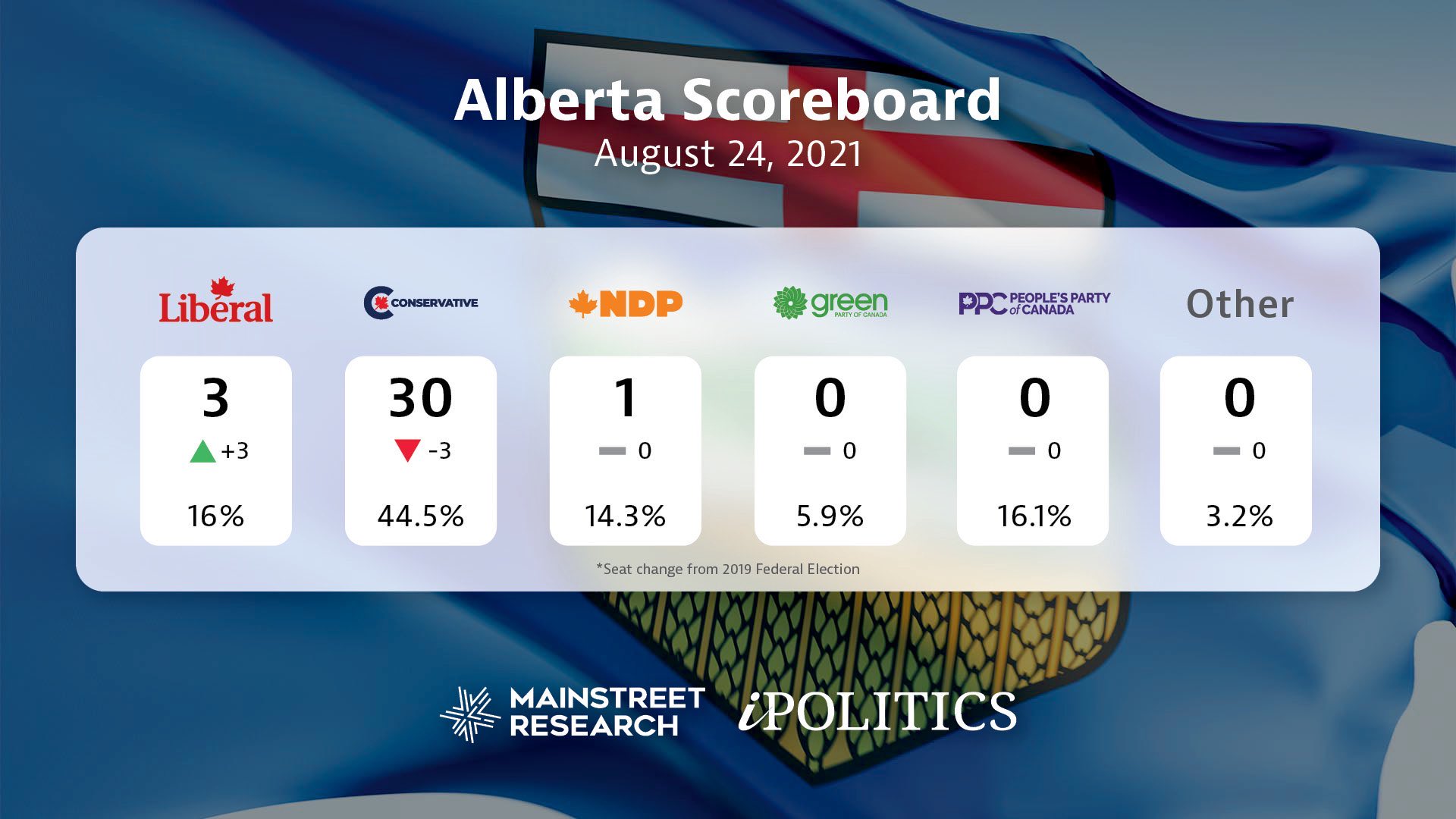 The PPC received 16.1% in the provincial poll, with the Liberals at 16%. The Conservative Party was in first place, with 44.5% of the vote.

Rebel Commander Ezra Levant speculated that the high support for the PPC is "mainly a rejection of lockdownism, and also O’Toole’s carbon tax and embrace of cancel culture."

New national polls show the highest levels of support the PPC has recorded thus far. According to a poll of 1,467 Canadians conducted from Aug. 20 to 22, 6.6% of Canadians would vote for the PPC if the election were held today.

On Saturday, the Leaders’ Debates Commission announced that Bernier would not be invited to the federal leaders' debates. The criteria used by the commission include:

The commission announced that they had invited the leaders of the Liberals, Conservatives, New Democratic Party, Bloc Quebecois, and Green Party. The new Mainstreet poll shows the Green Party polling at 3% nationally, and the Bloc Quebecois tied with the PPC at 7%.

Current polling also shows a "dead heat" between the Liberals and the Conservatives. According to iPolitics:

The numbers are good for Erin O’Toole’s Conservatives, said Quito Maggi, president and CEO of Mainstreet.

“While the national numbers remain stable at a statistical tie between Liberals and Conservatives, shifts in Ontario, along with continued strength in the Atlantic region, puts the Conservatives at a better than one-in-three chance of forming government, if an election were held today,” he said.

Read our plan for covering the 2021 election campaign and help by chipping in to support our team by visiting RealReporters.ca. Thank you!