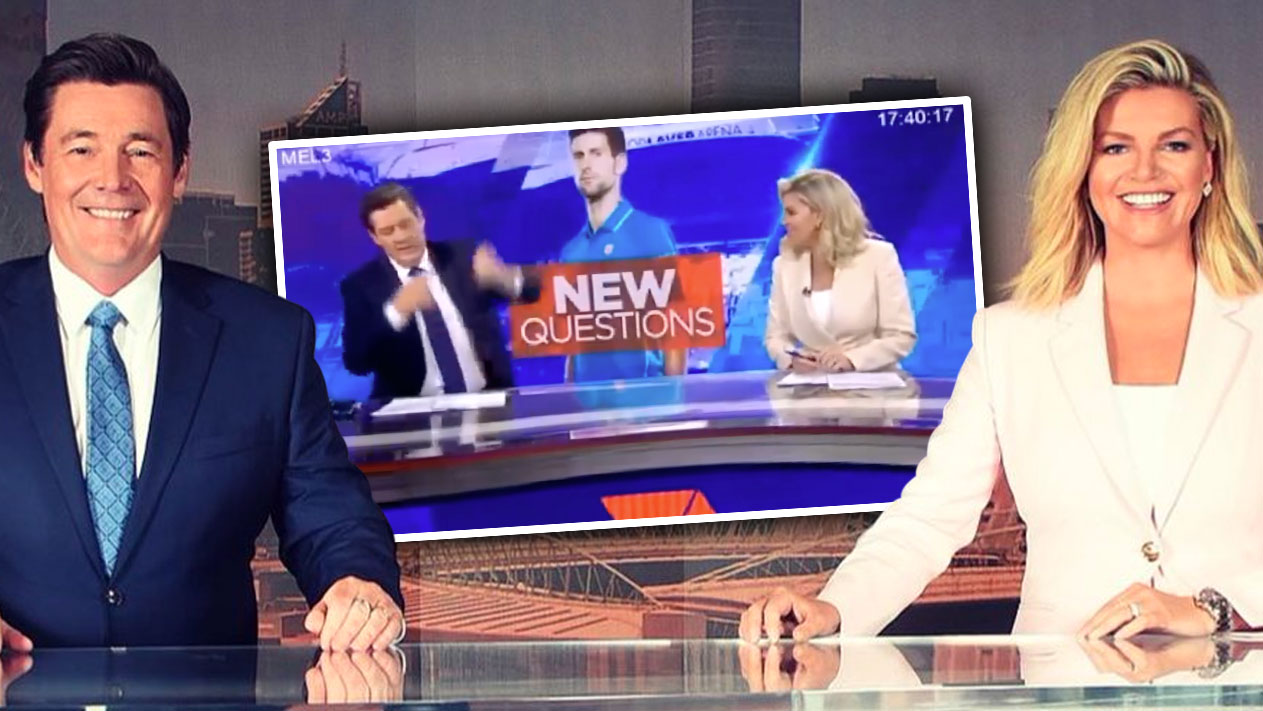 The rant, heavily peppered with swearing, appears to have been recorded before the pair went to air with the 6pm news program.

“He’s got a bullshit f***ing excuse and then fell over his own f***ing lies. It’s just what happens, right? That’s what happened,” added Amor.

“And then, he now then ticking he didn’t go to Spain.”

“I think he’s going to get away with it,” said Amor.

“I think most fair-minded people would say, ‘Look, the bloke’s an a***hole. Did we, did they do the right thing by him?’ I don’t know.”

“I don’t think, I don’t think anything was gained by putting him in immigration hotel,” admitted Maddern.

“No, but the trouble is, how do you justify the person also on the same plane with him who also has…” Amor did not finish his sentence.

“You can’t justify it, but the fact is, life is never fair.”

Maddern, who said that working at Channel 7 was her ‘dream job’, then went on a bizarre rant about airline inequality.

“Some people fly first class and some people, do you know what, it’s never fair.”

“Yeah. But that poor Czech girl that was f***ing sent home. Hunted down and sent home,” laughed Amor, referring to Renata Voracova. She was placed in medical detention by Australia Border Force and then sent home despite also not being sick.

The astounding exchange comes after Djokovic won his case in Federal Court, with Judge Kelly approving the World Number One and Australian Open defending champion to begin preparations to play.

Djokovic awaits to hear if the Federal Minister for Immigration, Alex Hawke, will use his personal powers to cancel Djokovic’s visa.

All of this is despite Djokovic not having Covid when other Australian Open competitors are currently in isolation for active Covid cases, hoping to finish their quarantine before competing.

Other fully vaccinated tennis players, including Nadal, have previously had Covid.