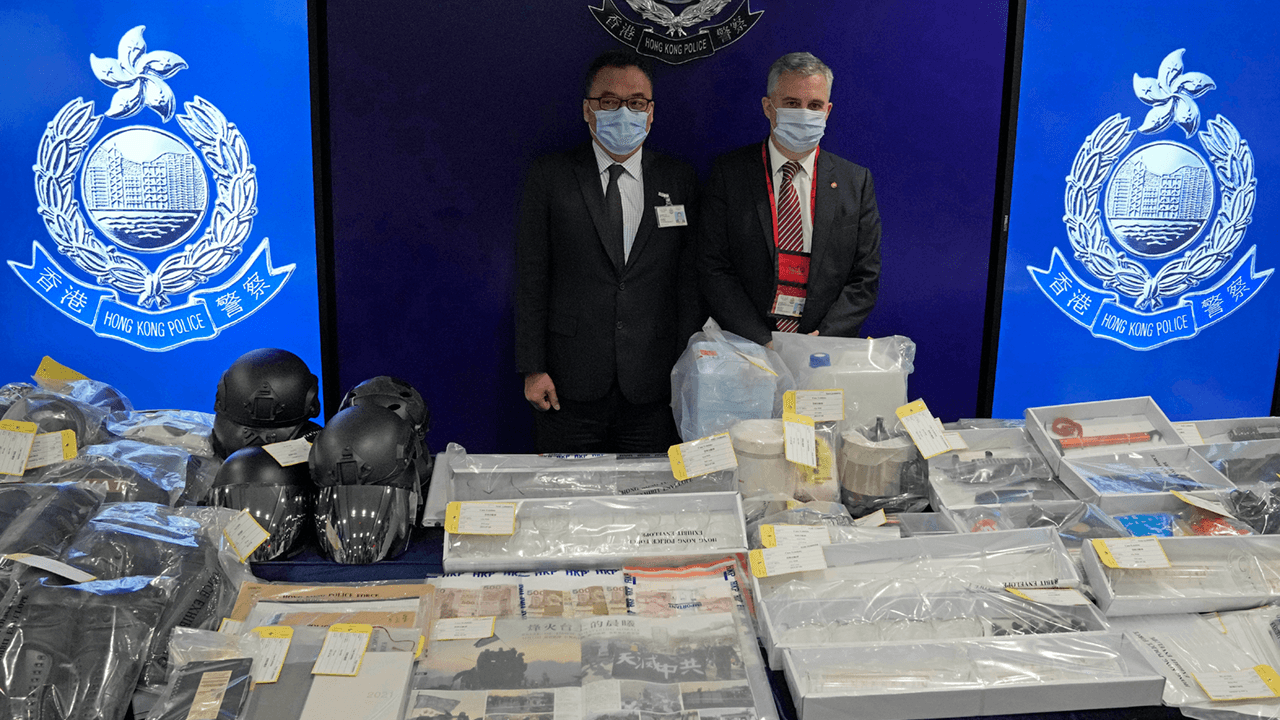 Nine Hong Kong residents have been arrested by the police for allegedly plotting to set off bombs in the city as part of a terrorist plot, while China tightens its grip following 2019’s pro-democracy protests.

The Associated Press reported on Tuesday that police arrested the group, which included six teenagers, on suspicion of engaging in terrorist activity under Hong Kong’s newly implemented national security law. If convicted, those charged could face a maximum sentence of life in prison.

Hong Kong authorities have used the law, which was the cause of the pro-democracy protests, to arrest some of the city’s most prominent activists and opposition politicians. Thousands have fled to the United Kingdom, Canada, and Australia as a result of the crackdown.

The AP reports that the group, which consists mostly of secondary school students, “appears to represent a more radical fringe of the protest movement, which has demanded broader democratic freedoms for Hong Kong just as its liberties are under threat.”

Hong Kong police say that the group attempted to manufacture explosive triacetone triperoxide, or TATPT, which has been used throughout terrorist attacks in Europe, in a makeshift lab located in a hostel. Police say that they planned to set off the explosives and leave Hong Kong.

Police accused the group of planning to use the explosive to bomb courts, cross-harbor tunnels, railways and trash cans on the street “to maximize damage caused to the society.”

Since the 2019 anti-government protests, Hong Kong police have arrested several people over alleged bomb plots and for making TATP, including 17 detained that year in overnight raids that also seized explosives and chemicals.

Those arrested on Tuesday ranged between the ages of 15 and 39, according to Senior Superintendent Li Kwai-wah of the Hong Kong Police National Security Department.

Hong Kong chief executive Carrie Lam said that she hopes the public will “openly condemn threats of violence,” adding that “they should not be wrongly influenced by the idea that ... breaking the law is in order, if you’re trying to achieve a certain cause.”

“They should not be influenced into thinking that they can find excuses to inflict violence,” she said at a press conference.

Lam said that her office was also handed an envelope containing “white powder,” which is currently being analyzed by a lab. Police however say that they do not believe the substance to be dangerous.

In addition to the arrests, police say they seized equipment and materials used to produce the explosive, and found a “trace amount” of it in the lab. Police also say that they found operating manuals and around 80,000 Hong Kong dollars ($12,800 CAD) in cash.