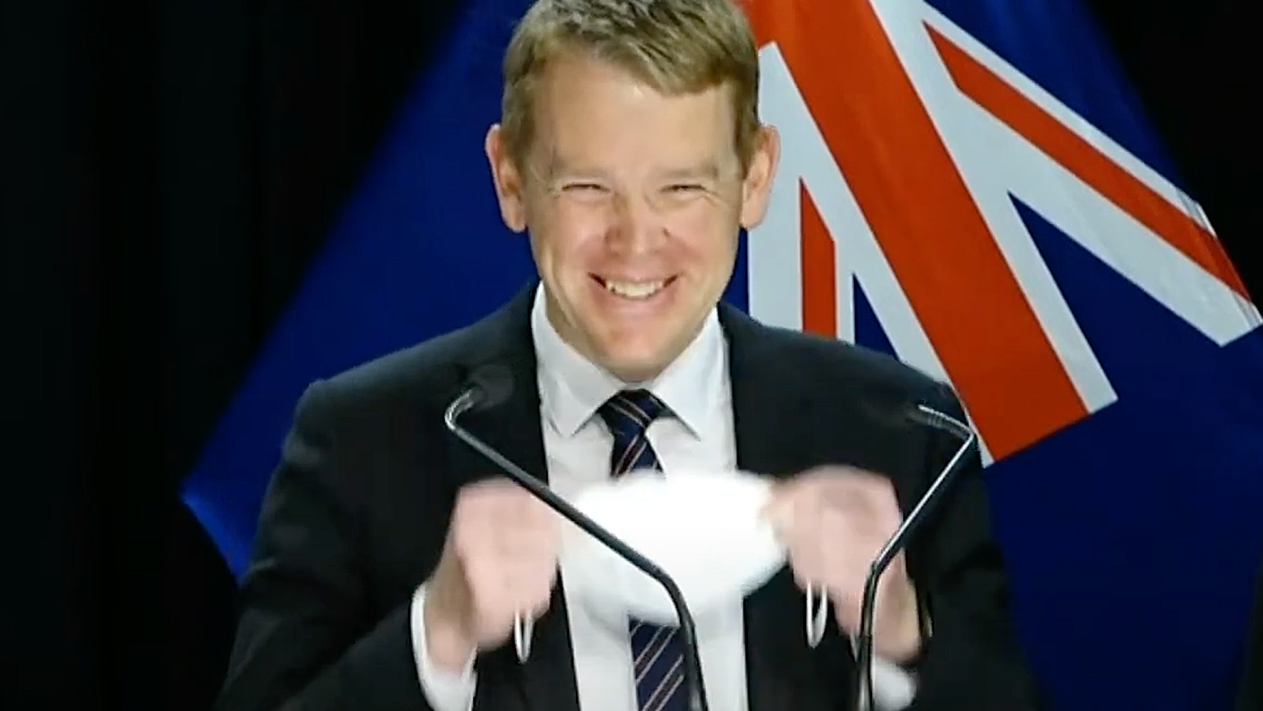 New Zealand Police Minister Chris Hipkins has batted away questions about a controversial Interpol leak which aimed to stopped Rebel News from reporting on an anti-government protest in Wellington last month.

Hipkins continued the Jacinda Ardern government's tactic of passing the hot potato issue between various departments and authorities while the public demands clear answers on why journalists Avi Yemini and Rukshan Fernando were politically profiled and had their passports flagged at check-in.

She is a smiling tyrant. pic.twitter.com/kCMRbRZ1f4

The minister was asked by veteran journalist Sean Plunket exactly what criteria NZ Police use to decide when they don't want someone to enter the country.

"Immigration work with Police, of course, but intelligence gathering at that level of detail is not something that ministers would routinely get involved with and I haven't gotten involved with it and I don't intend to."

Hipkins said that he hadn't been updated on the matter and that it was a question for Police to answer.

Plunket, an independent broadcaster at The Platform NZ, is the only reporter in the country holding the government to account on the matter as the government-supported mainstream media continues to turn a blind eye.

The article was published without a reporter's byline in the newspaper a day before the Interpol memo was sent from Wellington to Canberra to seek information the agency could use to stop the journalists from reporting on the protest.

The newspaper article and the Interpol email both used the same misleading descriptions of Yemini and Fernando as justification for Police intervention.