Diane Deans described the protesters as 'well-polished, professional people' who are using the 'Trump playbook' to conduct an 'insurrection.' 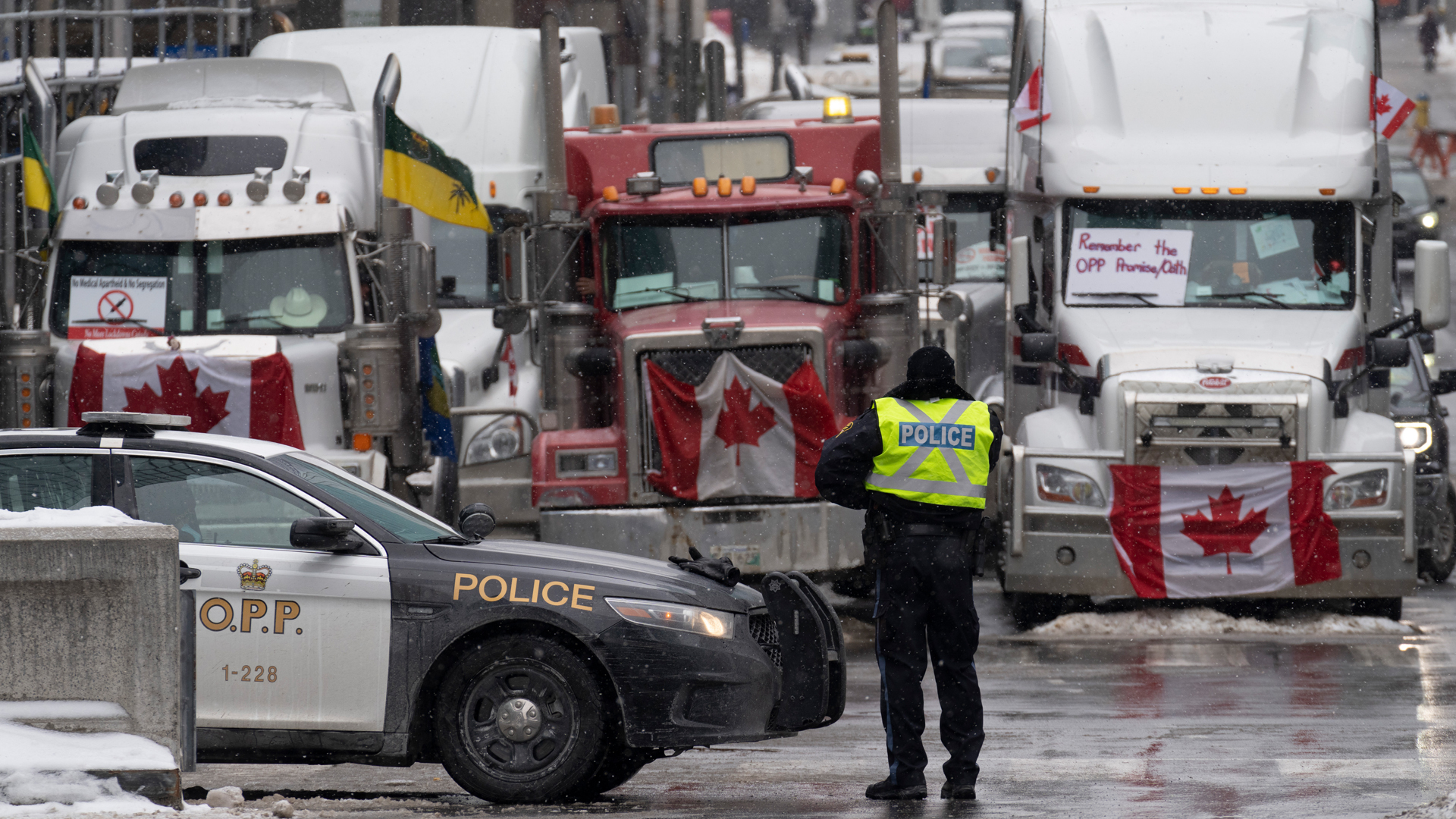 The Ottawa city councilor who called members of the Freedom Convoy in Ottawa “terrorists” earlier this week is renewing her attack on the truck drivers in another interview where she referred to the protesters as “insurrectionists” and accused them of trying to “overthrow” the government.

Speaking to CBC, Diane Deans described the protesters as “well-polished, professional people” who are using the “Trump playbook” to conduct an “insurrection,” in the same vein as the January 6 mob that stormed the U.S. Capitol in 2021.

She also accused the truckers of “treason.”

“This is not something this country has ever seen before. [former Bank of Canada governor] Mark Carney referred to it as sedition before, I think that’s exactly what it is,” she said. “This is treason, this is a group of well-polished professional people that are trying to overthrow a democratically elected government of this country.”

“It’s not targeted at the city of Ottawa, it’s much bigger than that. It’s really an insurrection,” Deans insisted. “It’s an attack on our democracy and an attack on our federal government. It has a lot of international elements to it. Money is flowing from the U.S. It’s right out of the Trump playbook.”

Ottawa city councillor and chair of the Ottawa police services board Diane Deans says the #TruckersforFreedom convoy is an act of “treason.”

She says the protest is an “insurrection” and is “right out of the Trump playbook.” pic.twitter.com/JgQqFXWpEC

Contrary to Deans’ insinuations that dark money is “flowing from the U.S.,” the financial support given to the protesters relates to the GiveSendGo campaign that was set up to support the convoy.

Deans and other members of the Ottawa city council successfully shut down the fund on GoFundMe after threatening to bring the full force of the law against the crowdfunding campaign, which was frozen after it received well over $10 million in donations, Rebel News reported.

Since then, over $7.6 million has been raised on GiveSendGo, a Christian crowd-funding platform that espouses an open opposition to authoritarianism and Big Tech tyranny.

“Big Tech really has taken it upon themselves to be the arbiters of truth. And it’s a place that they were never intended to be, and it’s caused more damage than good,” GiveSendGo CEO Jacob Wells told Fox News.

“We are now stepping into that place because there is a natural pushback from many people because America was founded on these ideas of freedom,” Wells said. “This is like the tip of the spear and what is coming in a tsunami of technology that is pushing back against this authoritarian style of social platforms where it’s like these people just think that they get to control the narrative.”

“It’s mind-blowing to me that they actually think that is the way that it ought to be, because in my perspective, it only breeds more distrust and more vitriol, more divide,” Wells said.