The 'Rolling Thunder' convoy of motorcycles is set to begin arriving Friday afternoon in the nation's capital as part of a new demonstration Saturday against remaining COVID-19 mandates and restrictions. 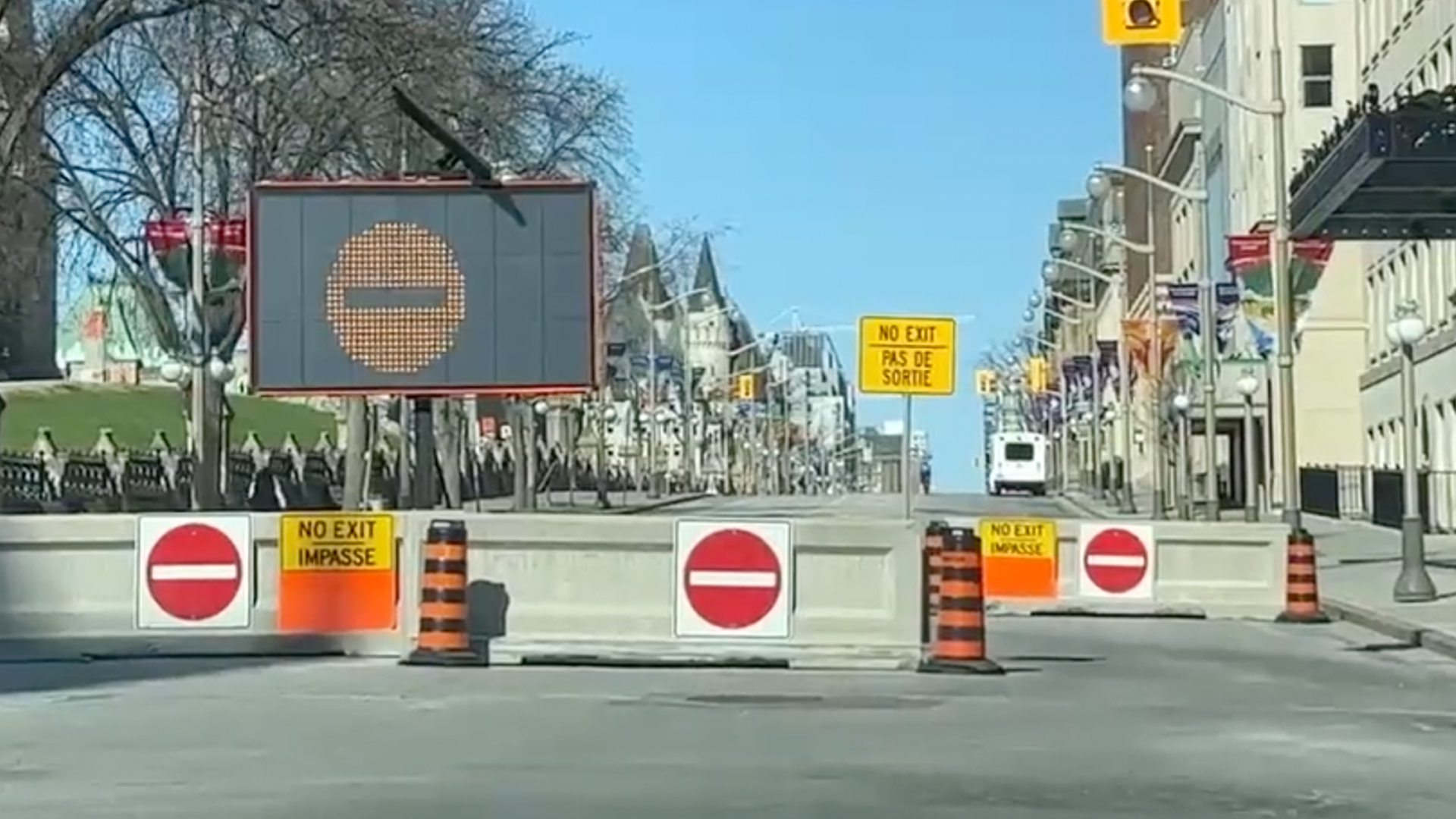 Already started. Special boards warning people not to park their cars or they will be towed!

Blockades had also been erected on major thoroughfares into Ottawa.

The Rolling Thunder protest will arrive in Ottawa tomorrow and the city has already blocked Wellington street.

Hotels are giving bracelets to their guests to be able to return to their rooms.

Alexa was given a blue arm band to indicate she was lawfully able to be in the so-called exclusion zone set up by the Ottawa Police and the City administration.

Bracelet given by my hotel to get back!

The "Rolling Thunder" convoy of motorcycles is set to begin arriving Friday afternoon in the nation's capital as part of a new demonstration Saturday against remaining COVID-19 mandates and restrictions. Nearly six million Canadians are still unable to fly or take a train due to the proof of vaccination requirements the Liberals have imposed on federally regulated industries.

The Ottawa Police Services Board as well as Ottawa's interim police chief, Steve Bell, who oversaw the police brutality in February against peaceful convoy protesters, have authorized the deployment of 800 RCMP officers to be able to conduct policing inside the city.

Ottawa's interim police chief: "We have created an exclusion zone in the downtown area" and that this weekend there will be a "large and sustained police presence."

Bell promised yet another Venezuelan-style crackdown on the protest though there has been no indication that it will turn to violence.

Ottawa interim police Chief Steve Bell warns that "organizers and participants will be held accountable for actions before, during and after the event" ahead of the Rolling Thunder protest this weekend.

Meanwhile an anticipated handful of locals are planning to counter-protest the bikers.

There will be protesters and counter-protesters on the streets of Ottawa. But only critics of the regime will be pepper-sprayed, arrested and charged. pic.twitter.com/D4wOBKdt0z

Three teams of Rebel News journalists will be on the streets of Ottawa documenting the actions of police, and the demonstrators both for and against the Rolling Thunder convoy. They will also show you a side of the protests in Ottawa the mainstream media will either ignore or actively suppress.

To see our team's exclusive coverage from Ottawa and to support their completely independent, viewer-supported reports, please visit ConvoyReports.com